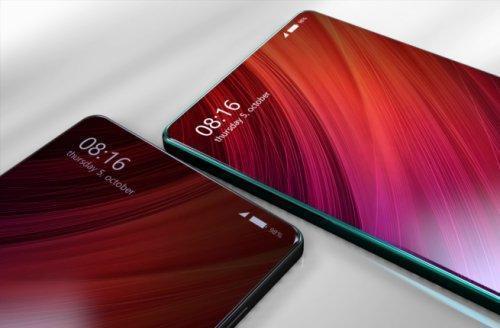 Xiaomi a Chinese brand has recently announced that they will soon be going to launch their latest Dual-Camera Flagship handset in India on 5th of September. But at the global level, they are also organizing an event on 11th of September regarding which they have also posted an image of a bezel-less device appears which is none other than the Mi MIX 2. As we all know Mi MIX was launched last year and it was something out of the box regarding design, anyway let’s check out the leaked specifications and features of the smartphone.

Xiaomi Mi MIX 2 is rumored to come powered by a Qualcomm Snapdragon 835(64 bit) Octa-Core processor clocked at 2.45Ghz coupled with 6GB of RAM along with an Adreno 540 GPU for Gaming. It will be made available in 64GB/128GB/256GB of internal storage which will not be expandable.

The phone will have a Glass Metal design similar to that of the previous generation Mi MIX, but we are expecting a slight change in the design as it will have minor curves on the edges. The phone will run on the latest MIUI 9 version.

In the front, it will have a 6.44(inch) Quad-HD OLED screen with a resolution of 2540 x 1440 pixels, for protection it will have a Corning Gorilla Glass 5. It will retain that bone-conduction technology witnessed on the previous generation device with which we can receive calls without a physical earpiece.

This time in the Camera section it might offer a Dual-Camera setup. It is also rumored that the new Mi MIX 2 will come with a Facial recognition sensor which is also seen in the Galaxy S8 and the recently launched Galaxy Note 8. Our biggest expectation from the device regards design other than this it will have a 4500mAh battery.