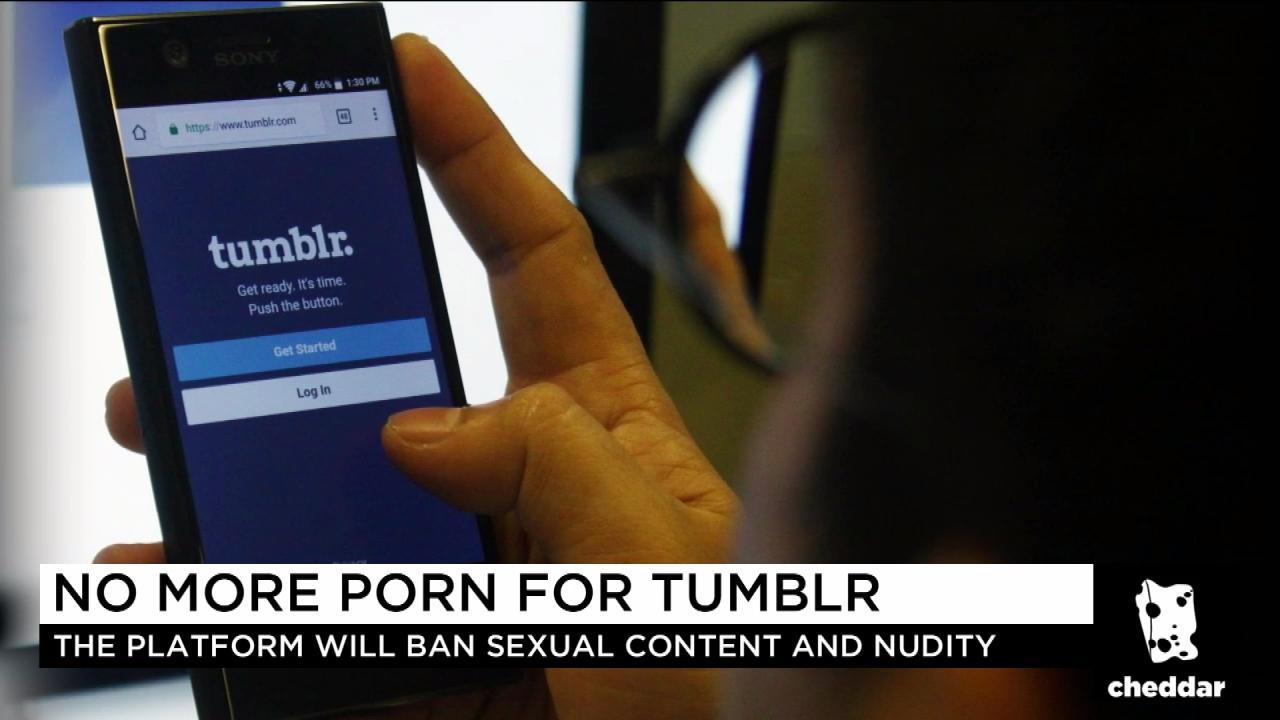 Tumblr is a Microblogging and Social networking service launched in 2007 by David Carp. It provided a tumble logging platform where users can share their thoughts via blogs; other people can follow blog writers and repost blogs. Within the two weeks after launch, the service gained 75,000 users. After the website’s launch on the mobile platform as an app, Tumblr got many users. As of December 2018, Tumblr hosts more than 450 million blogs and over 550 million visitors monthly. It is where people can share their views and ideas with viewers without any obstruction and impeding. There are several best alternatives to Tumblr, but Tumblr stands alone as an apex in the market.

Tumblr’s freedom inspired the creation of NSFW content, which features explicit sexuality. Some users appreciated such content. It depicts sexual exploration opportunities, healthy sex practices, and open discussions on such social taboos. But Tumblr’s free content moderation encouraged some bloggers to post blogs with disturbing content like child pornography and some other troublesome content. These issues were have been raised by Tumblr’s community for years, but no steps were taken. Apple removed Tumblr from the Apple App Store in November 2018 due to the depiction of child pornography. In December, Tumblr decided to force a ban on content featuring nudity.

Many site users are diverting and finding such a new platform, such as Cumblr. They can post any content in blogs without hindering and exploring their identity. We have made it easy for you; we are here presenting you with the top best Tumblr alternative. Some of these alternatives allow NSFW, and some of them don’t. So choose whichever is the fittest for you.

Note:- The site is not a good alternative now. However, we’re still keeping it here to notify the public about the platform.

Pillowfort is one of the best alternatives to Tumblr after the ban of its NSFW content. It is a user-friendly platform that emerged from the users complaining about other such sites’ flaws and limitations. Pillowfort is still in beta version and can cost you a small fee to register, but you can always try it as a demo user on its official website. But due to its very new generation features and providing a platform to the users where they can explore their creativity, even more, Pillowfort has emerged as a modern substitute for Tumblr. Since Pillowfort has a relaxed policy on adult content, it has grown in users since Tumblr has announced the NSFW ban.

Newgrounds was the first to welcome the migration of users from Tumblr to their site. It is in the market since 1999, way before Tumblr. They are old-school as their design on the website is still old. Still, Newgrounds is a wholly open and independent platform for users and artists to share everything with everybody. Newgrounds is heavily active on Twitter and welcomed all the new artists signing up on its tweets. It is taking noticeable steps to gain users migrating from Tumblr. Some online users are finding Newgrounds as the best alternative to Tumblr after its ban on adult content.

Sharesome is a new space and gets way for users to get into adult social networks. It is an adult social platform where you can connect with your favorite performers. On its official website, Sharesome describes itself as a site that provides an environment where you can explore your fantasies, allowing you to create a free registration, check your favorite performers’ contents, or even you can become one adult performer.

Sharesome guarantees you your privacy, and your identity as anonymity will be ensured. Feel free to sign up for Sharesome, as it has become one of Tumblr’s top alternatives right now.

Never forget that Tumblr is a place online where users can post their thoughts with blogs. So while mentioning the name ‘blog,’ WordPress must be considered. Without a doubt, WordPress is one of the most popular Tumblr alternatives. It comes with two variants: a free and content management system based on open source script installed on web servers; you can start your blogging platform in seconds.

You can customize various themes and enhance them with plug-ins. It’s handy and offers vital services like social network integration, multi-user support, custom tags/categories, and SEO. Users can make it the source of incoming money.

Mastodon provides a social platform that is decentralized, meaning that its multiple personnel communities exist on separate servers but under one network. However, Mastodon is much like Twitter but still is one of the trending alternatives of Tumblr. It provides a space where you can put a post like Tumblr; people can like and comment on it and repost content.

The user interface is not up to Tumblr’s mark. It is best suited for those who want an ad-free social media network. Still, several similar and standard features can drive users of Tumblr to Mastodon.

Dreamwidth Studios is an open-source, independent, and community-based service where users can post blogs of all forms. You can share your thoughts here, any artwork, and any innermost talents. Members can also control and set privacy on who can view their contents online. Upon the announcement from Tumblr, Dreamwidth tweeted and welcomed the users who signed up for them.

Dreamwidth is the best option to choose after Tumblr’s NSFW ban announcement.

When discussing “what are the best alternatives to Tumblr?” we can’t forget Reddit’s name. It is in the market for more than 12 years. You can post your thoughts like blogs, share links and audio, video, or image messages. You can follow any community in which you are interested, and you will get their shares on your feed.  The policy regarding posting adult content on Reddit is not total abstinence, but it has more liberality than other competitors.

So if you are thinking of where to head after Tumblr’s ban on NSFW content, then Reddit is the best Tumblr alternative.

Mastodon – Just like Tumblr, you can make posts on Mastodon, and other people can also like your posts, repost them, and make comments. The user interface here is not a lot like Tumblr, to be fair, a little different and modern, but it does have a lot in common as far as features go. Mastodon is ad-free, and there are hotkeys here to maximize your user interface, so you can easily create new posts and do a lot more with just the keyboard. The platform has a large community, and it’s also decentralized, but it can be a little confusing for starters.

This is yet another site for all the Tumblr refugees to occupy. However, its inception wasn’t too long back, which took place in December last year. Youllo, the self-proclaimed perhaps the new aged adult social microblogging network, greets all the Tumblr refugees. It’s a new user with a message “A special welcome to all #tumblrrefugees,” the platform Twitter bio reads.

Famous blogging platform Ghost is openly capitalizing on Tumblr’s ban on NSFW content. Ghost is marketing itself as a “powerful, customizable alternative to Tumblr.”  The platform is quite similar to Tumblr and gives complete freedom to content creators and bloggers when controlling the technology and content. The ghost has no problem posting Explicit content on the site; you can easily share any NSFW content you want. When it comes to Ghost features, it has a full-blown rich editor, which makes formatting posts a breeze; you can quickly insert images, embeds, Markdown, or HTML.

Microblogging platform Soup(soup.io) has also risen as a simple alternative to Tumblr. It almost mirrors Tumblr when it comes to features and interface, so migrating won’t be an issue for most users. It allows you to share any content you want. It also allows you to import posts from various social networks directly (e.g., Twitter, Reddit, SoundCloud) and automatically publish posts to Facebook.  The platform might not be as feature-rich as some of the other platforms on this list, but if you are looking for something to get things done, Soup is your choice.

Final Verdict – Tell us what is your Tumblr alternative?

Don’t get confused and throw out the dilemma about which alternative to Tumblr you should choose. These are some of the best alternatives to Tumblr, which are the best choice after its ban on NSFW blogs. Choose one of them and tell us in the comment box you found proper for you, and you would recommend it to others. If you have any other names of Tumblr alternatives, which we might have forgotten to mention here, you can share them with our readers through the comment section. If you have got any suggestions or feedback for us, you can share them with us freely.