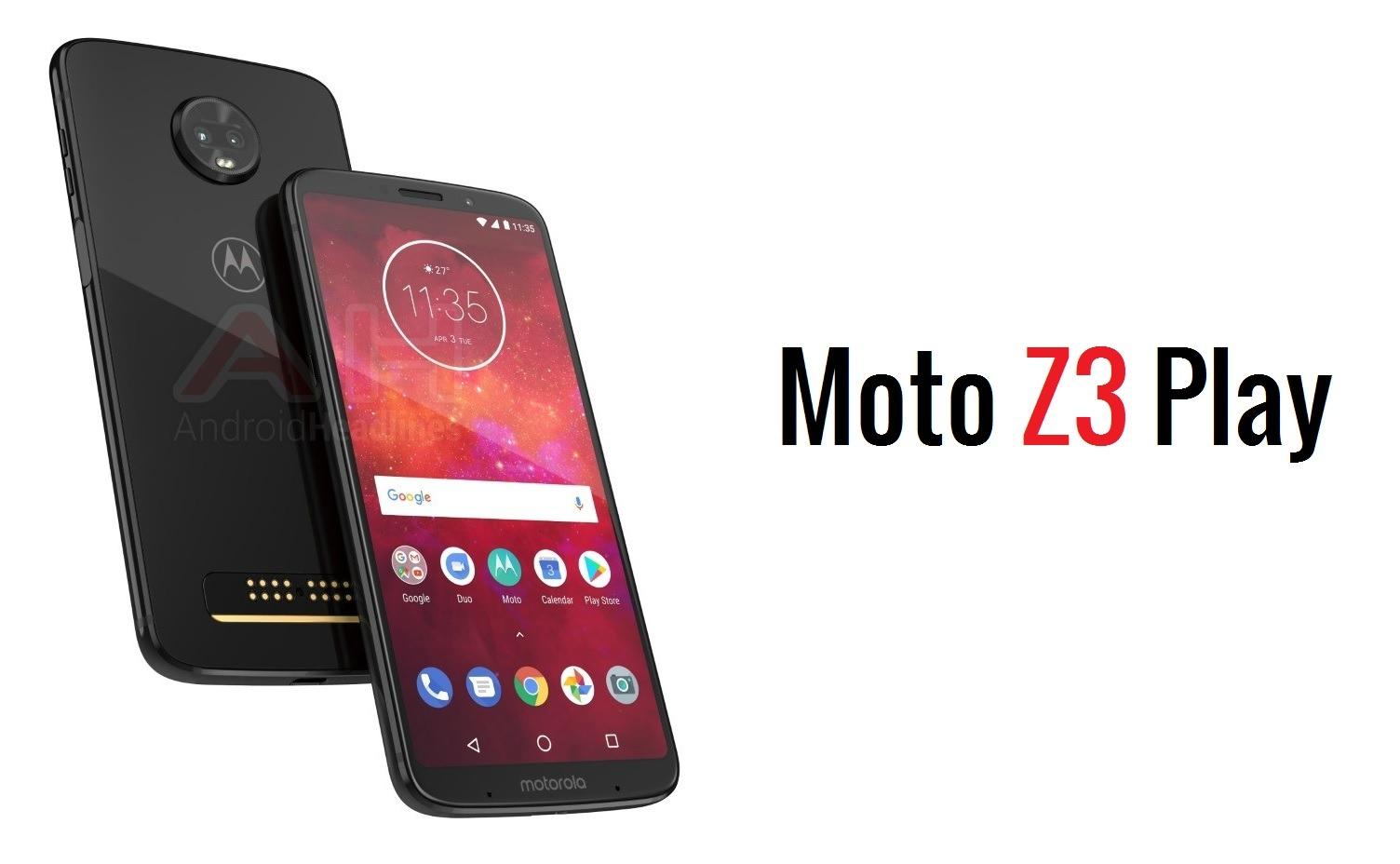 Motorola’s Moto Z series has sold more than 1 million devices around the globe, which is a great number for a phone that tries to cross all boundaries and does modularity right. However, the flagship Moto Z was too expensive for some who were looking to get into the Moto-Mods eco-system.  To solve this problem, Motorola brought the budget Moto Z Play, which was quite successful, other than the Moto mods, the Moto Z Play series also offered outstanding battery life and premium build quality as well.

The Z Play series is now in its third generation, with the Moto Z3 Play now coming around this fall. We try to cover what new the Moto Z3 Play will bring new to the table and also take a look at its Specs, Camera, Software features, latest rumors, release date and much more. So, let’s dive in and see, whether you should get the Moto Z3 Play or wait for the Moto Z3 2018 flagship. 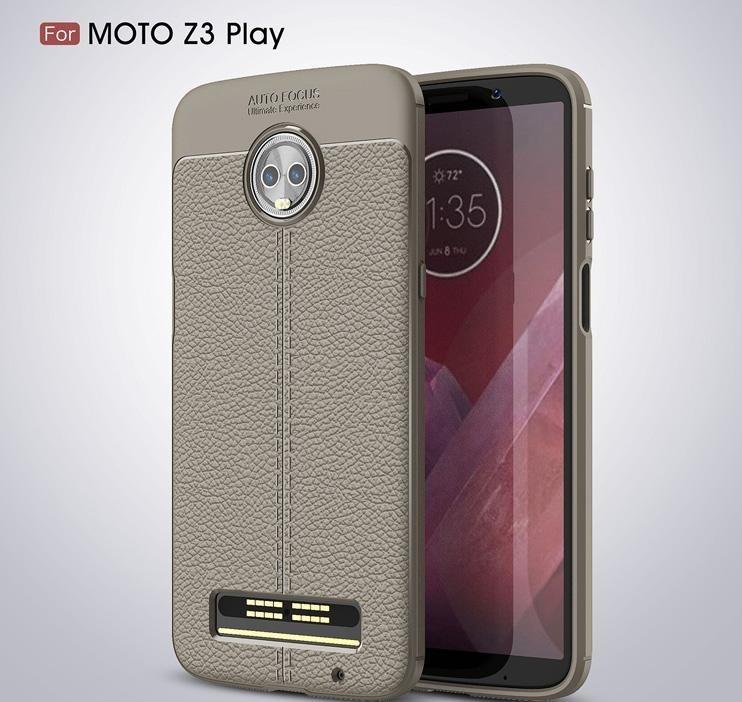 The Moto Z3 Play will follow the same dimensions, because of the Moto-mods, but the front this time has the trendy edge-to-edge display. This is a massive 6-inch 18:9 Super AMOLED panel with Full-HD plus resolution. The front bezels are shrunk by the new implementation of the 18:9 aspect ratio, but we think more bezel gets shrunk down as the fingerprint scanner from the front is now removed and it is also not on the rear.

Moreover, the Moto Z3 Play similar to the Moto G6 series features the full Motorola branding under the display. So, where’s the fingerprint sensor then, you may ask? Well, similar to some Sony smartphone, the Moto Z3 play gets a side mounted fingerprint sensor. And many images leaked previously have already confirmed that. Even the images spotted from various case makers also provide more credibility to this fact. Talking about the build seems like the Moto Z3 Play this time will have a glass build from the original Z play. Or it may be a ceramic made back panel maybe. And as always a metal frame around the sides, with a 3.5mm headphone jack.

Powering the Moto Z3 Play will be a Snapdragon 600 series for sure, but which one will end up under the hood is still not 100% confirmed. But as per leaks a Snapdragon 636 is a strong indication, coupled with 4GB with 64GB and 6GB RAM. The top of the line model is expected to get 6GB RAM and 128GB internal storage. The Snapdragon 636 is a fairly powerful platform, with custom Kyro cores under the hood. It is an octa-core chip clocked at 1.8GHz and paired with an Adreno 509 as GPU.

For folks who think that Snapdragon 660 or higher should be running the Moto Z3 Play are not wrong, but a tier 1 brand is all about flagship devices, they always try to differentiate from its main phone. Moreover, the battery efficiency should also be considered in this, along with enough power for to get the jobs done, is the matter here.

The Moto Z3 Play for the first time get Dual-Camera setup, earlier the Z3 Play, and the original Z play had single shooters. So, it’s about time that the Z Play also gets the big guns, and the camera placement looks similar to the Moto G6 Plus, but we hope the Z3 Play will get better sensors. With a 13 MP primary sensor and a 13 MP telephoto or a 13 MP wide-angle sensor will be much appreciated. Along with that, you get a Dual-LED flash. However, a front-facing flash is missing this time, or it might just be the renders.

On the front, an 8MP or a 16 MP selfie snapper is expected with portrait mode. A wishlist feature will be a physical camera button making a return.

Motorola already had the Moto-Voice which was based on Google assistant, now the new Moto-Voice according to various leaks is much more improved and is heavily influenced by AI, and you can now have an actual chat with it while using its handy features.

Face-Unlock will also make its way to the Moto Z3 Play as it is also found on the Moto G6 Plus. Stock Android with Android Oreo 8.1 will be out of the box, and this is now confirmed with this latest leaked image of the Z3 Play, where you can see this is running on a Chinese version of Android ROM. And yes, this will be updated to Android P 9.0 by the end of the year Soak tests will begin, and by early 2019 the final stable update will get rolled out.

This premium mid-range is not there just to take on the likes of the Galaxy A7 2017 or any Sony XA handset, but this phone exists to offers the Moto-Mod on a budget. So, all the previously made Moto-Mods will be compatible with this 2018 variant of the Moto Z3 Play. Even though some of you may think that the gold 16-pin connector now looks different, it might have changed shapes, but the contact dimensions are similar to the last one, now it just looks fancier to make the device feel less techy and incomplete. 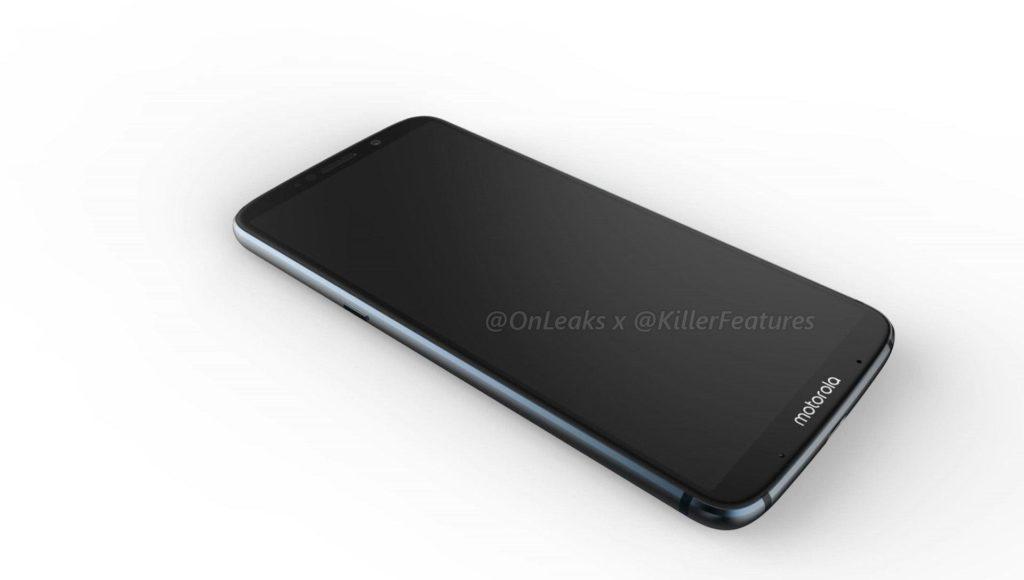 The Battery on the first Moto Z Play was a 3500mAh unit which was combined with the SD 625, AMOLED display and the rest is history. The original Moto Z Play was a battery life monster, and even with the 3000mAh capacity, the Moto Z2 Play was also good endurance champ if not better than the Z Play.

WIth the Z3 Play, the battery is rumored to be the same 3000mAh. However, we believe a minor bump should be expected for instance a 3200mAh or a 3350mAh is a sweet spot for sure if not a massive 4000mAh. Furthermore, you can always have Moto-Mods which will super conveniently snap on the back and will instantly quadruple the battery on your Moto Z Play device. Fast charging will be standard, and the adapter will be shipped inside the box as always.

The Moto Z3 Play will be unveiled by July and might go on sale in August, as the device is still pending to visit FCC and will retail for $499. But on the US specific carrier deals, you can expect at $449 particularly on Verizon as a Droid replacement.