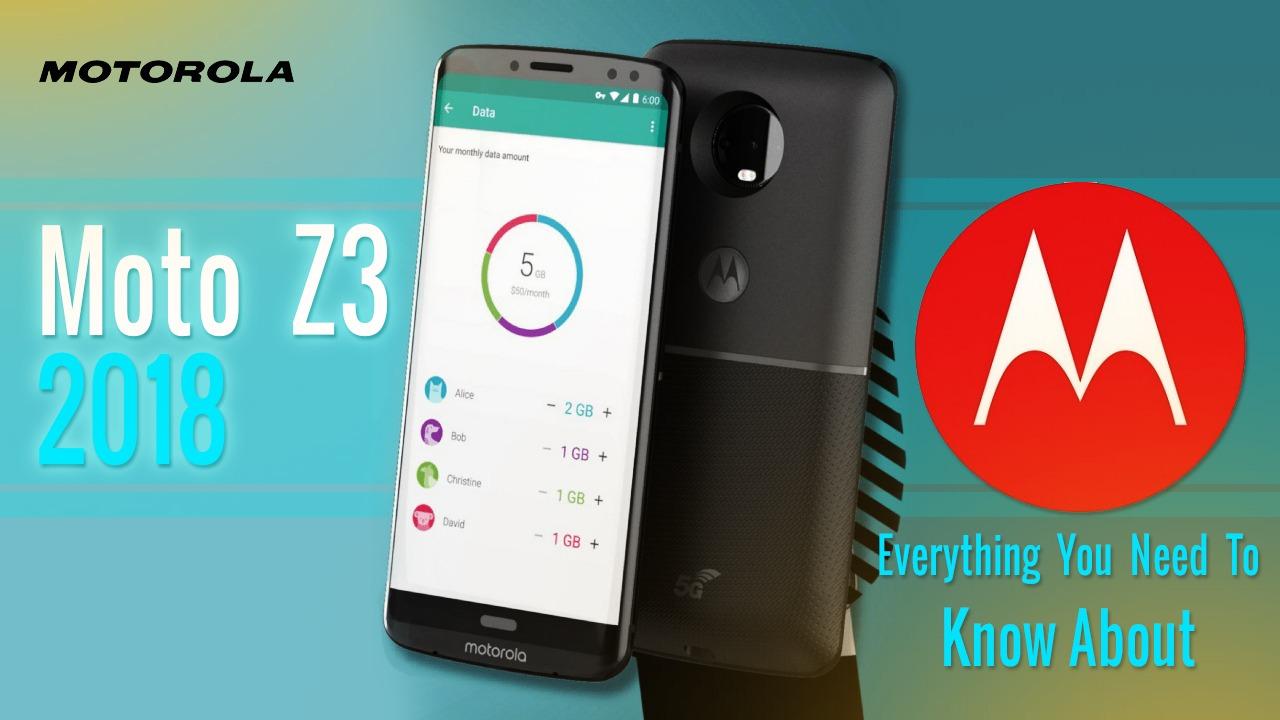 Modular smartphones started to be the talk of the town when Motorola was under Google and started to work on Project ARA, which aimed at providing consumers a modular approach towards smartphone as users only need to upgrade the components that they thought to be outdated as per their needs. For instance, only changing the camera module as the users now prefer to shoot in low-light similar the processor, RAM, and other vital components could be changed.

But then Motorola changed owners, and under Lenovo’s ownership Motorola continued their take on Modular smartphones, but Project ARA was left with Google for development, but it failed miserably.

In the same timeframe, Motorola went ahead and introduced the world to its Moto Z line-up of devices, replacing the Moto X for being Motorola’s Flagship device, which was a modular (semi-modular to be precise), the Moto Z brought Moto-Mods as Hot Swappable accessories, which could be magnetically mounted on the rear of the phone, which gave the Moto Z infinite abilities. 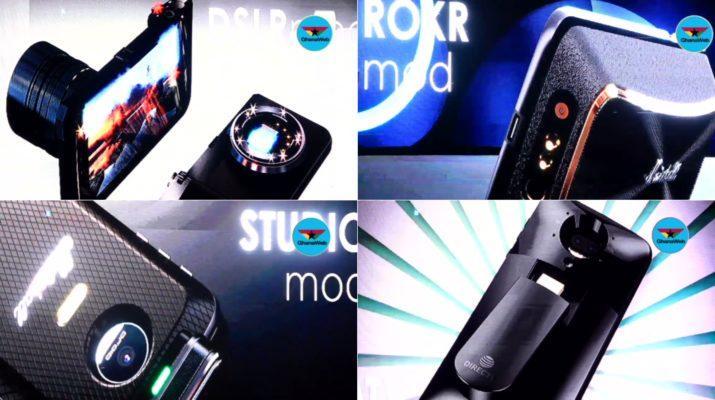 Motorola also promised that the Moto-Mods would be compatible with at least 3 Moto Z generations, and currently after the Moto Z2 Force which was launched in 2017. The Moto Z3 is now in works to be its successor in 2018. In this post, we’ll take a look at what the Moto Z3 2018 might bring to the table, by considering all the leaks and rumors that we have until now. 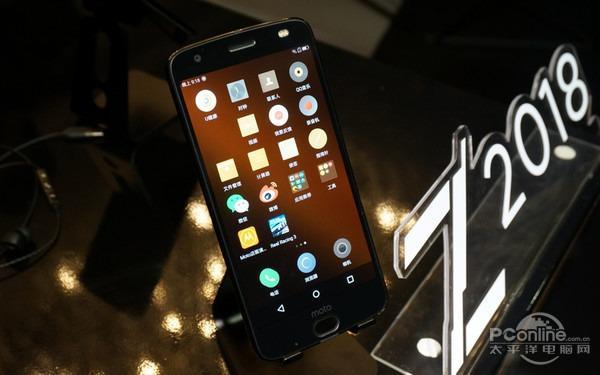 Due to Motorola developing the Moto-Mods for its Moto Z 2016, devices and declaring that these Moto-Mods will also work for future generations. Has got the American giant locked down to the same design and dimensions for its Moto Z flagship. However, with recent leaks showcasing the upcoming Moto Z3 as well as the Moto Z3 Play, we think, the rear might be the same with the circular camera module bulging out at the top-center, but a major design Overhaul has been seen on the front.

As you can see in these images above, the front of the device now has that trendy edge-to-edge display and super thin bezels on the top and the bottom. Because now that huge bottom that everyone complained about since the beginning is gone, and so is the fingerprint reader from the front. And as you already know, Moto Z can’t have a fingerprint reader on the rear due to Moto-Mods. So, the only place that remains is on the sides, but in the leaked image, one can’t spot any buttons what so ever on the Moto Z3 2018. 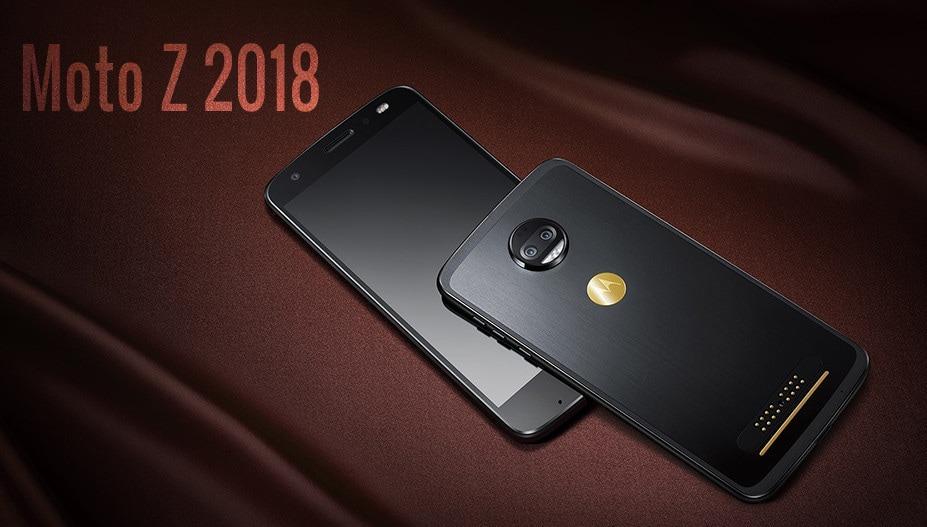 That doesn’t mean it won’t have any buttons, there has to be a volume rocker, and also a power button, which according to a new claim that was made a few days ago in a tweet by a well know tipster, who shed some light on the details of the placement of fingerprint scanner on Motorola’s 2018 line. However, the Moto Z3 Play was said to have a fingerprint scanner on the side, and we can verify the same with an earlier leaked render of the device.

What is replacing the Fingerprint scanner on the Moto Z3 2018?

However, the most exciting piece of the puzzle was that the Moto Z3 was mentioned with any placement of a fingerprint scanner. Instead, the tipster mentioned about a 3D FFC, that is a 3D scanning Front facing camera will play the role of securing your device. This further gives rise to many more questions, for instance.

Adding more fuel to the debate of the fingerprint scanner being missed is that, the tipster also said the same thing about the Moto X5 2018 to have a 3D FFC(front facing camera), and we can also see in its renders that even if it does have an ability to have a fingerprint scanner on the rear, the Moto X5 still has the front-facing camera’s. Those two ain’t be there for just those gimmicky portrait shots, there’s more substance behind it, and we can’t wait to find about the same. 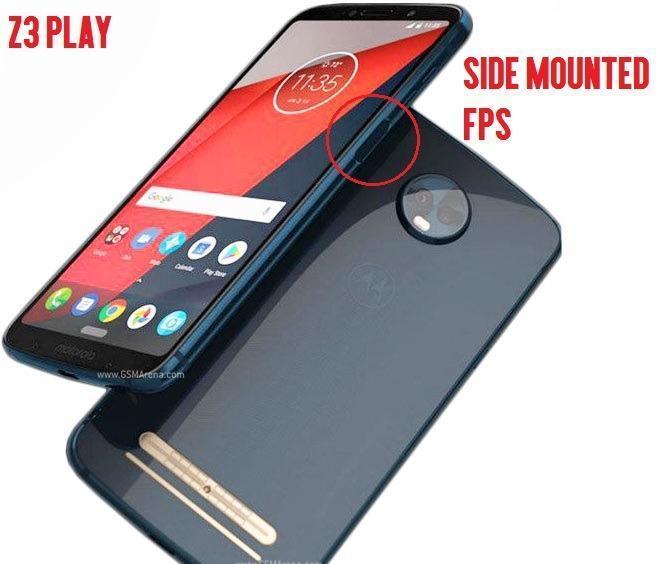 It was also pointed out many times that that weird looking software button at the bottom of the Moto Z3 and the Moto X5, could mean that it houses a fingerprint sensor under the display, and organizations like Synaptics have already started mass producing the in-display fingerprint reader.

That weird-looking software button could mean that it might be running on Android P, as the Android P 9.0’s newly design navigation key also looks the same, but a little smaller in width. That means the Motorola Moto Z3 2018 will come Android P 9.0 out of the box or that’s just Motorola’s implementation of a new navigation system for Android Oreo 8.1.

A new 5G moto-mod has been leaked when a new image of the Moto Z3 Play, however, it doesn’t match up with the one that we saw earlier with the flagship moto z3 2018. Nonetheless, new moto-mods will be introduced every quarter by Motorola to grow the Moto-Mods eco-system.

The handset we’re looking here at is reported to be the flagship Moto Z3 2018 by Motorola and to start with on this, it looks an exact replica of the more affordable Moto Z3 Play. From the side mounted fingerprint scanner, seen on the Z3 Play which is also present here, to the wallpapers and the Power button mounted on the left side of the device everything matches. Which might make one think that this isn’t the flagship Z3, right? As the device leaked earlier as the flagship Z3 did look to have a curved display which is unfortunately not present here. However, it still goes edge-to-edge, but in indeed there’s one little difference in here if you take a look at the camera module. 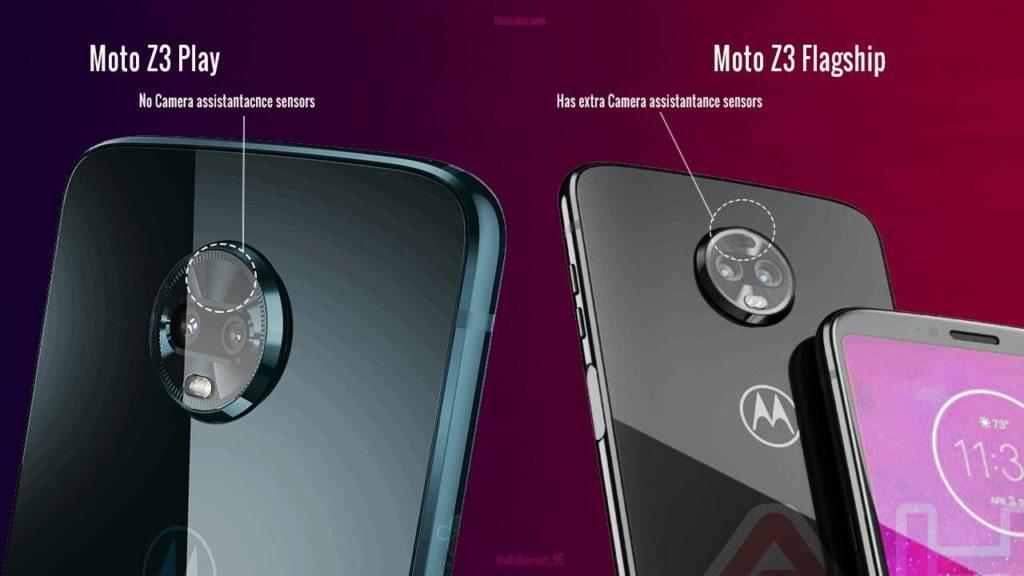 The earlier leak of the Z3 Play promised a triple camera setup, however, it’s dual here and that’s not the only difference here. There’s something more above within that Camera module of the flagship Z3, which seems like some kind of laser auto-focusing system which is missing from the Camera module of the Moto Z3 Play.

Another major hint was provided by a Tipster who goes by the name @HeyAndri who claims that Alibaba suppliers revealed the fingerprint scanners position on all 2018 Motorola devices and among them, the Moto Z3 and the Moto X5 were said to feature a 3D FFC means a 3D front facing the camera as its only security feature.

Another major change can be seen in the image is that the Motorola branding now returns after four years, and the display on the Moto Z3 2018 seems to have curved edges on the sides similar to the Galaxy S8. Which could give the device a bezel-less look on the front at least from the sides?

Moreover, the display on the Moto Z3 2018 is still debatable to feature an 18:9 ratio within its current dimensions. However, what we can say is that it will be larger than 5.5-inch, should be 5.9-inch or 6-inch and will use a Super AMOLED panel having a QHD display. Whether it may utilize the Shattershield display or not is still unclear as the Force moniker is nowhere to be mentioned in any leaks so far. 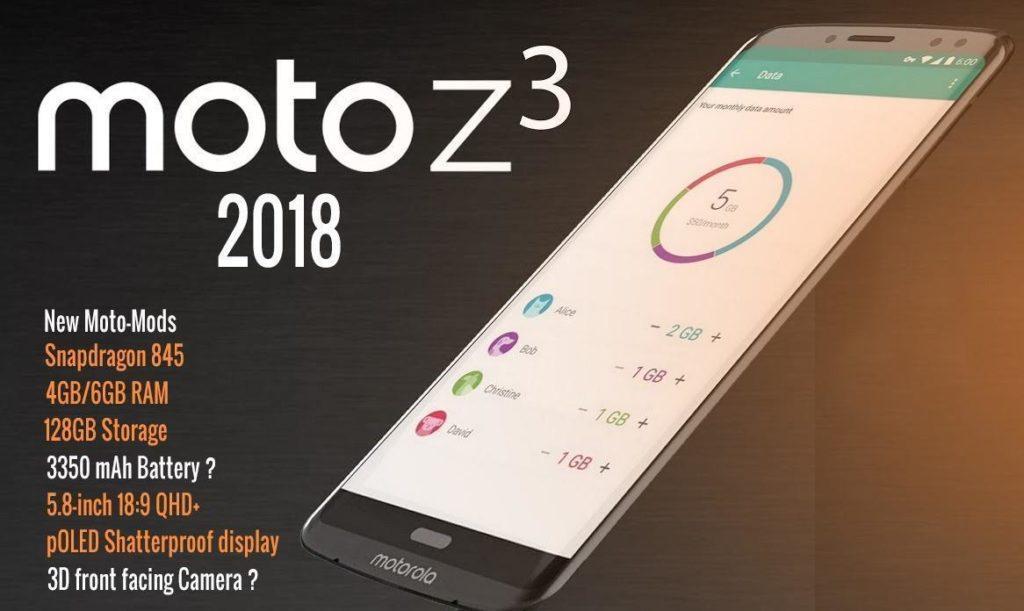 This is an obvious guess; the Moto Z3 2018 will be powered by a Snapdragon 845, which is already confirmed for most flagships. Now coming towards the memory department the device will have 4GB RAM, a 6GB variant as well and we should also expect an 8GB RAM variant for the Chinese markets.

On the storage side of things, the Moto Z3 2018 base variant should start from 64GB, and Motorola should this time introduce a 128GB option as well. Other than that, we are also expecting Motorola to make ice-breaking innovations again on the software side of things, with the help of the Motorola Mobile computing Chip, which we talk about in detail in this Moto X5 2018 article. 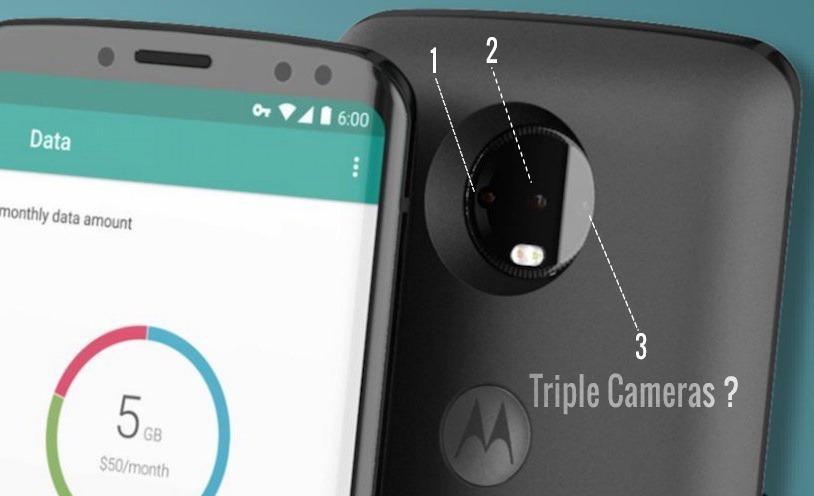 Again coming back to the leaked renders of the Moto Z3 2018, the device is all geared up with a new 5G Moto-Mod, and if we take a look the rear-camera, we could see three lenses and a Dual-Tone LED flash.

Does this mean that Motorola is all going in this time, with all possible Camera combos can be made here? Such as a wide-angle, Telephoto and Monochrome, we also expect a better Depth mode and features like Spot color, background replacement to work flawlessly and should be out from the Beta by now.

On the front, we have a Dual-Camera, which could do wonders as we talked about it above. However, we now don’t get a front-facing LED flash.

A new AI is rumored to hit the new Motorola 2018 line-up and whether its a rebranded Alexa or Moto-voice or an actual rival to Google’s voice assistant is yet unknown. We hope it doesn’t up like Samsung’s Bixby.

Stock Android is the name of the game since 2013 and Motorola actively continue that even under Lenovo’s umbrella. The Moto App will get an update with new industry-leading gestures and useful enhancements rather than throwing everything like other OEMs which results in a lot of OEM Bloat.

Battery: Must be larger than 3000mAh 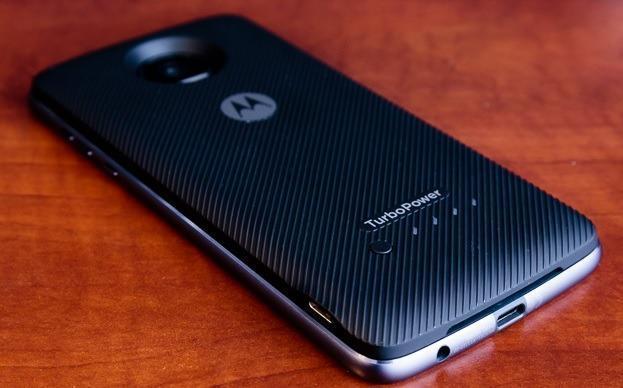 Last year, the Moto Z2 Force battery was named to be disappointing on paper, but it did what Motorola claimed, and as this is a modular device, Moto-Mods being snapped on the rear, making it thicker. So, the thinness of the device cannot expand, that’s why Motorola should follow-up the 2016 variants style. One super thin Moto Z for those who prefer the raZr thin design and add moto-mods.

While the force or Maxx variant which should house a massive 3500mAh battery as well as Moto-Mods. We expect the Moto Z3 2018 to have 3000mAh or slightly more than that for it not to be passed. 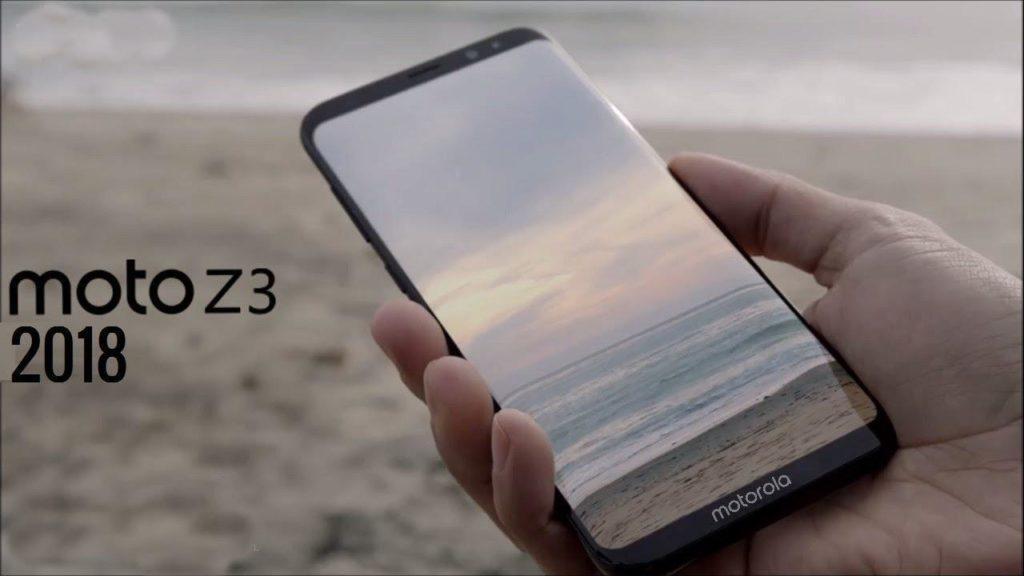 As the Moto Z is Motorola’s premium flagship offering so will be the price, we expect the Moto Z3 2018 to start from $699 for the 4GB 64GB option while the top spec 6GB 128GB could go for $649 or $699. Last year, Motorola broke its tradition of launching its best phones on Verizon but instead they made it available on all major US carriers. After the US and European launches, the Moto Z3 2018 will move to the Latin and Asian markets.

As far as for Pricing in India is concerned similar to the Moto Z2 Force is what you are looking at(35k to 40k INR), pricing is always aggressive in the Indian markets.