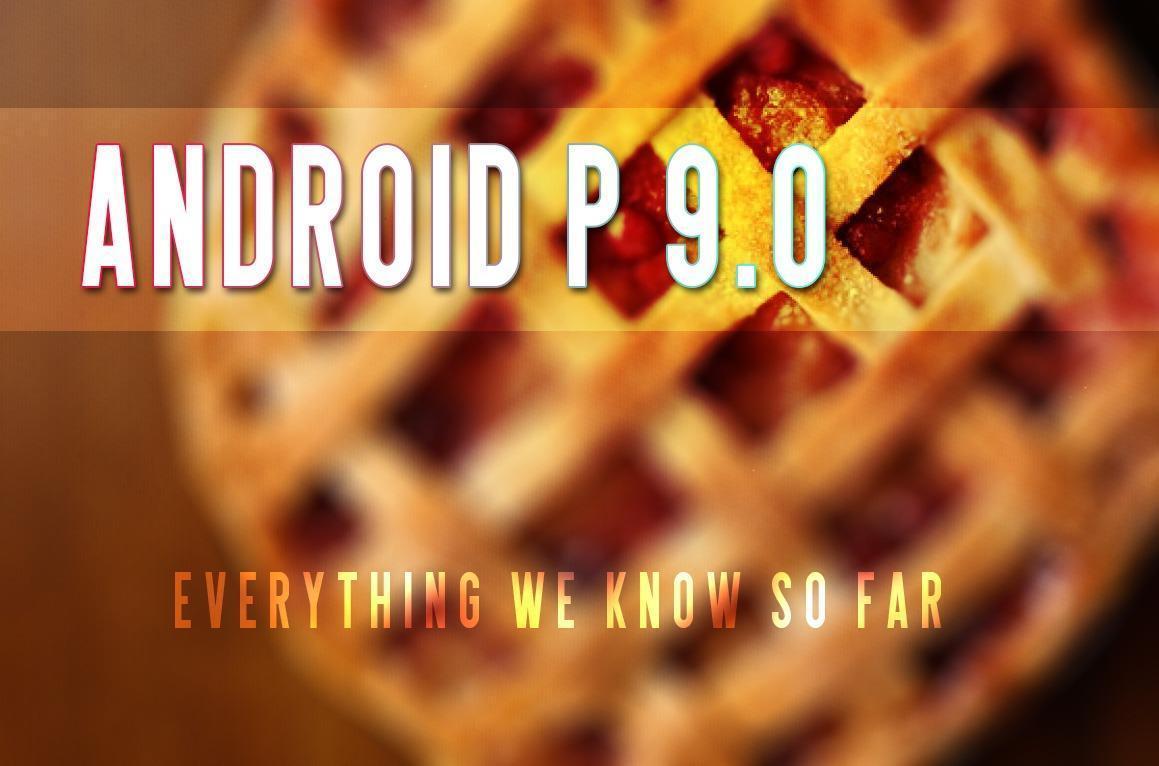 Google’s next version of Android seems to be arriving much earlier than expected and the tech world is already talking about what they want it to be and when it might debut first. But the sad part is that not even 5% of Android devices in the world are running on the Android Oreo 8.xx, while the majority are still on Android Lollipop 5.1 and Marshmallow 6.0. Nonetheless, in this post, we will discuss when the Android P 9.0 might land, what are the expected features and what phones will run on it. Also, some discussion about the naming plots as well.

Firstly, let’s get the naming scheme out of the way, and as you know Google likes to use sweet delights as its naming convention for its Android OS, and these names go alphabetically. And this time after Android Oreo 8.1, which start’s with O, this time it’s P which is reported to be Pie? While it is also said that Pineapple for its name might even get consideration.

When will Android P 9.0 arrive?

Usually, at Google’s yearly developer conference that is Google I/O, we get to hear about the next big thing with Android and also a heads-up on the Pixel line-up. It is being said that Google is already prepping the developer preview, and it will be soon available for its Pixel devices but this developer preview might be limited to few users, if Android P makes its first debut on Pi day, which is much earlier then Google I/O.

Plans are coming along for #io18… pic.twitter.com/48VpqvVqWU

While the stable build of the OS could arrive after the Google I/O event and in the meantime, the search giant could add another prominent feature to showcase it at I/O conference on May 2018. So, expect the final arrival to be similar to the Android Oreo 8.0 if Google follows its footsteps.

However, the name won’t be out until mid-summer, but according to the editor in chief Mishaal Rahman at XDA-developers; he puts out the Android P reveal on 3/14/18 because that’s when they celebrate the World Pi day, which makes a lot of sense.

So, there’s a good gamble that we get to hear more details on this particular day. Until then in the coming weeks, we’re sure more details will surface on the naming scheme, and when Google sets a poll on the same, then we should be pretty close.

These are some major changes that we expect and other than that, the access to the hidden APIs this might probably get blocked because some developers with hostile intentions in mind can access them and tweak it which could end in a negative experience on your Android smartphone.

The overall white UI could also be changed, and Google might offer users with various choices of shades, with the black background being the most popular choice and will prove a major win for Android smartphone with AMOLED displays.

Furthermore, with Android device now going bezel-less, we might see more use of gestures in the UI specifically to navigate similar to what Apple did with its iPhone X. These steps will be taken to eliminate the three navigation keys, but this is not confirmed yet. Other major features will get unveiled when the first Developer Preview rolls out.

Lastly, for a few weeks or so, some nifty little tricks on Android P might only be available for the Pixel devices at the start, and later they’ll roll out for other devices. So, if have the Google Pixel, you are at the top of the Android OS game.

Which Android phones will run on Android P 9.0?

Now coming towards non-pixel devices that’s is flagships from third-party Android OEMs. We cannot expect most of them to ship their flagships phones with Android 9.0. Because Samsung’s Galaxy S9 and the Galaxy S9 Plus will debut at MWC and will be released much earlier before the Android P reaches its final build. The same thing applies to all other OEMs if they are launching their phones before the final build, you won’t be seeing Android P on any significant flagship.

However, we suspect the upcoming OnePlus 6T that’s the mid-year refresh could run on OxygenOS based on Android 9.0, and Motorola’s Moto X5 or maybe the Android One variant is expected to ship with Android P 9.0. Moreover, some Sony phone launching at IFA 2018 could also have the latest flavor of Android. But until then all the phones launching in mid-2018 will ship with Android Oreo 8.0 or maybe Android Oreo 8.1 out of the box.

Apart from that, all major 2018 flagship from Motorola, Samsung, OnePlus, Sony will be upgraded to Android Pi 9.0, despite on what Android OS version they launch presently. Meanwhile, Android One devices and the Android Go devices are also guaranteed to get an upgrade, but that’s by the end of 2018. As far as the upgrade for Nexus devices are concerned, we don’t think these legacy devices could make it to this latest servings.

2 thoughts on “Android P 9.0 What to expect, When it will arrive and Which phone will run on it”