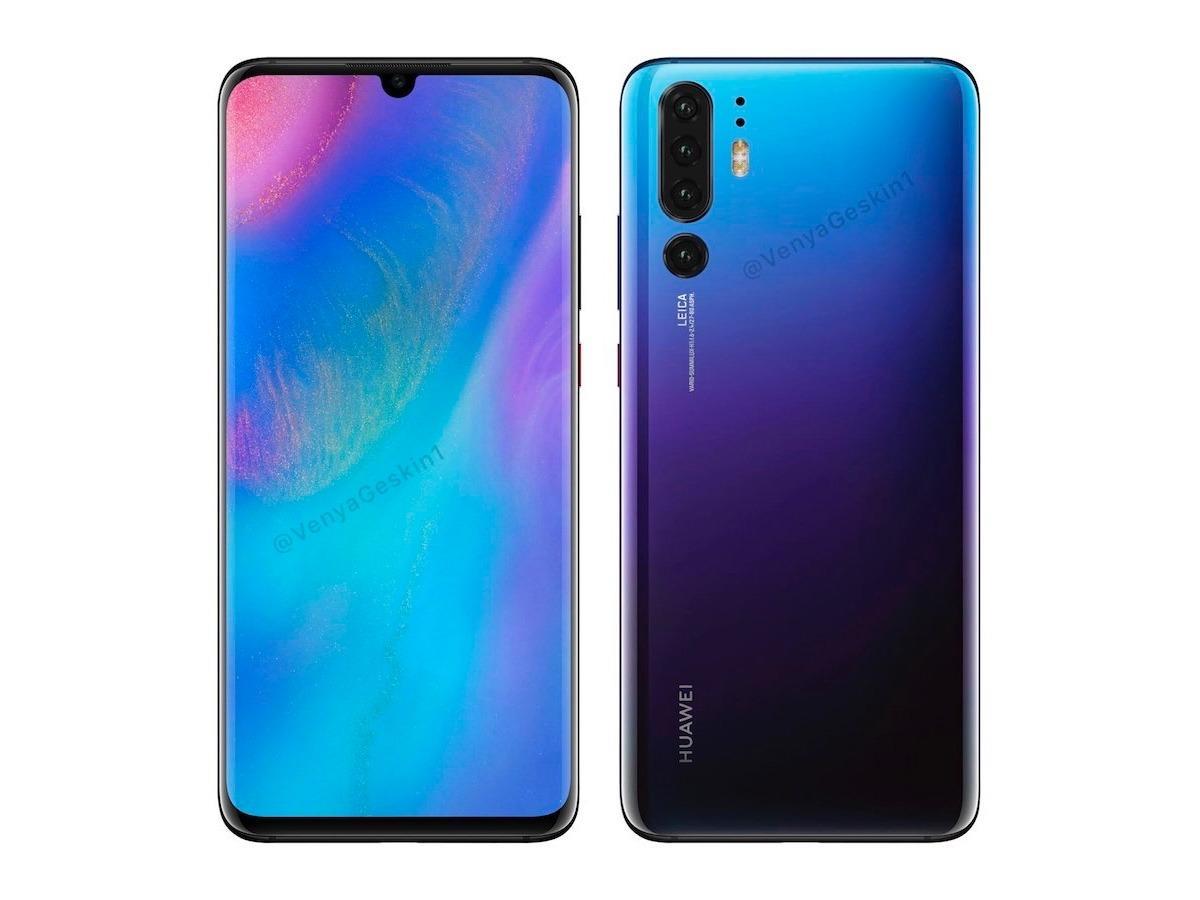 The cameras in P20 Pro and Mate 20 Pro were one of the best in any smartphones that released in 2018. And people are pretty stoked about what Huawei might have in store for next year. According to some leaks, it is expected that one of the four cameras offered in P30 Pro will not be used to take photos but will reportedly be a Time of Flight sensor which is used for 3D face scanning and modeling similar to the one offered in recently launched Honor View 20. It is also expected that one of the rear cameras might sport a telephoto lens. The ToF sensor is not expected in the Huawei P30. As mentioned earlier, the P30 is expected to sport a triple rear camera.

The leaked image also reveals that the phones might have a glass-paneled rear with gradient color design. The P30 and P30 Pro are expected to sport the ‘waterdrop’ style screen notch. The phone is supposed to have significantly reduced bezels for a better viewing experience. The phone might house a Kirin 980 Soc, and come with Android 9 Pie or EMUI 9 straight out of the box.

Some sources claim that the Huawei P30 and P30 Pro will launch in March 2019. However, according to the Chinese website, MyDrivers Huawei may announce the phones in MWC 2019. The Huawei P30 series phones are expected to shake the market with better pricing. So, are you excited about the upcoming Huawei’s offering?