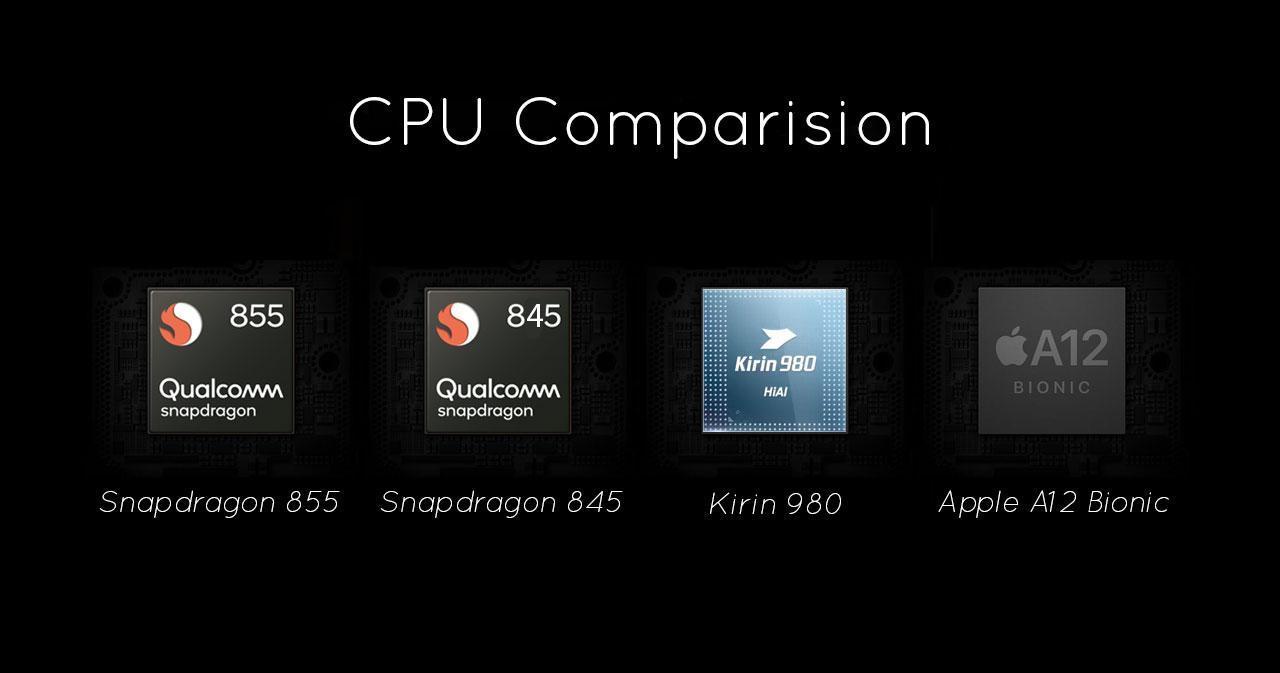 A processor is the basic logic circuitry that drives a computer. A processor performs four major functions that are fetching, decode, execute and writeback. The first processor was launched by Intel named 4004 which was a 4-bit processing unit with 4 data transmission lines in 1971.

Currently Snapdragon 855, Snapdragon 845, Kirin 980 and Apple A12 Bionic are the best processor for your mobiles. But which one is the best or which processor one should go for depends on various factors that are given below.

A predecessor to SoC 855 was built to deliver users functionality and features enabling them to do even more. The Snapdragon 845 comes with “immersive XR experiences, an intelligent personal assistant and advanced vault-like-security.” It delivers a peak downloading speed up to 1.2 Gbps. The 3rd Gen AI technology makes richer camera, voice, XR and gaming sophisticated. Qualcomm claimed that Snapdragon 845 has an entirely new Secure Processing Unit (SPU) which is designed to protect personal data, also the biometrics which user of authentication is stored in isolation to protect it from outsiders. Snapdragon 845 is engineered for all-day battery life; it allows 50% charge in only 15 minutes.

Snapdragon 845 is used in Vivo Nex, OnePlus 6T, Asus Zenfone 5Z and Xiaomi Poco F1. To know more about smartphone and their configuration you can check DevsJournal.com.

The latest and highly advanced 855 chip is unlike anything that has come before “harnessing multi-gigabit 4G connectivity while unleashing 5G experiences and providing some of the most advanced, imaginative technologies in the mobile industry.”

On-device 4th Gen AI Technology blurs the line between “Virtual and Real Worlds”. Making your camera, voice, gaming and power management faster and better and every day uses. Snapdragon 855 is powered by new architecture with 7nm FINFEET technology, delivering performance and power efficiency. 855 enables the devices with 4K HDR video playback capabilities boosting the entertainment to another level. Phones that are powered by

OnePlus 7 is going to feature Snapdragon 855. Other such phones would be Google Pixel 4, LG G8 and Moto Z4.

The company has engaged more than 1,000 senior semiconductor design experts and churning through more than 5,000 engineering prototypes, and thus the final result is around 20 percent speed improvement and 40 percent reduction in power consumption as compared to previous generations of Huawei.

With the next-generation Neural Engine, it delivers incredible performance. It uses real-time machine learning to transform the way of experience of photos, gaming, augmented reality and much more.

These four new and strong processors are the currently the best working processor for your mobile devices with unbeatable features and traits. Also, read the Qualcomm Snapdragon 636 vs 660 vs 710 complete comparison article to find out which one is the best Mid-range SOC.