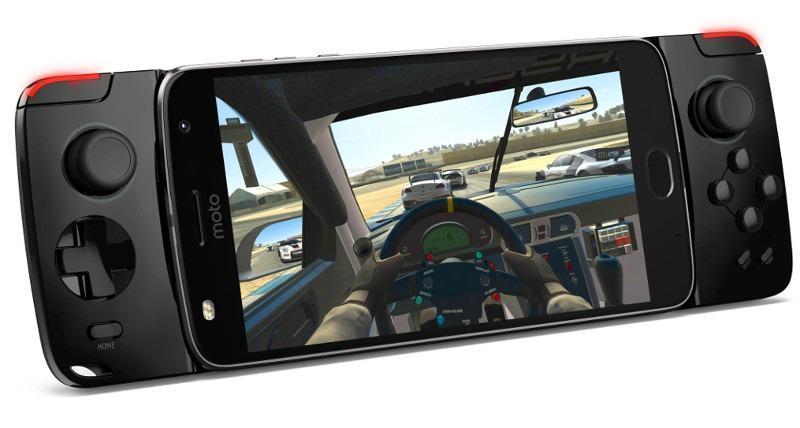 Motorola has earlier launched its latest devices in the Moto Z-series. Unfortunately, these smartphones fail to grab the attention of mass consumers but to be true they are among the few smartphones that offer true modular capabilities.

Motorola has recently revealed some new Moto Mods for their devices, and these mods are compatible with all the Z-series of smartphones. Let’s check out more about these Mods in detail.

The three new Mods were revealed to the Indian market namely the Moto TurboPower Battery Mod, JBL SoundBoost 2 speaker Mod, and last but not the least Moto GamePad Mod. Each Mod has its advantage and role in our daily routine. Moto TurboPower Mod provides extra juice for your handset, it offers 15W fast charging and can charge 50% of your device in just 20 ought minutes. It offers LED indicators and a single button in the rear which displays various information.

The JBL SoundBoost 2 act as a boombox for your smartphone and can provide 10 hours of music playback. It has an attractive design and comes with Water-resistant coating. It will be available in 3 color options: Black, Blue, and Red. The GamePad Mod gives you the liberty to use physical keys while playing games on your device; it also offers 1035mAh battery. These Mods will be available through Flipkart and Moto hubs starting from 17th December.

One can also rent a Moto Mod for 399 INR starting from 23rd December in top 8 metro cities. JBL SoundBoost 2 and GamePad Mod is priced at 6,999 INR while the TurboPower Mod can be purchased for 5,999 INR.