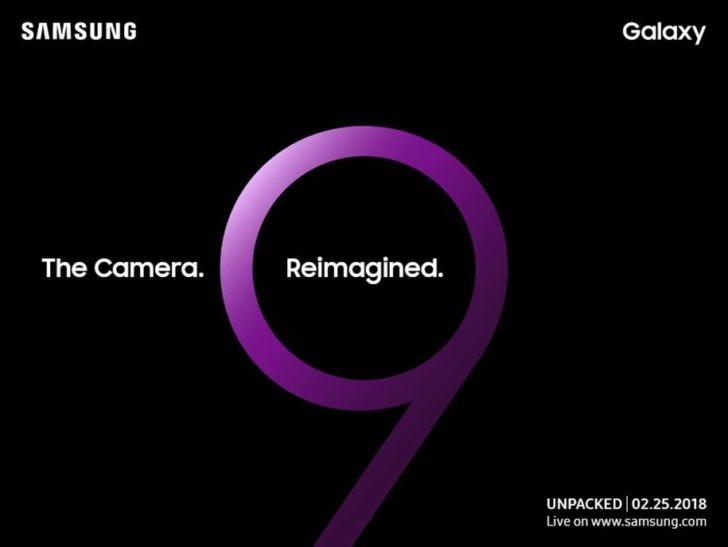 Samsung is ready to unveil its next big thing to the world, and the South-Korean giant has started sending press invites out. And like always we have artwork depicting the 9th iteration of Samsung’s S line of legacy. However, the press invite has a rather exciting slogan, which reads “The Camera. Reimagined”,  hints us that Samsung this time has big plans for the camera on the Galaxy S9 and the Galaxy S9 Plus.

With that press invite now out a new rumor from a popular leakster suggests that the Samsung Galaxy S9 will have a mind-boggling capability to record videos at a whopping 1000 frames per second, that’s some super slow motion stuff. However, it has been already done by Sony with its Xperia XZ1 line-up, but Sony did 960FPS to be precise.

And now Samsung is also about to enter the super slow motion game, with its much better-calibrated sensors, which are touted to have a variable aperture. Like it was leaked earlier, which mentioned from f/1.5 aperture to f/2.4 aperture. So, that adds quite a lot credibility to that leak we reported earlier.

Moreover, the Chinese leakster mentions the 1000 fps for the standard variant of the Galaxy S9 only, but we are pretty sure it will also come for the plus variant as well. Moreover, you should now expect much more from the Galaxy S9 Plus Samsung itself is hinting and looking forward to stepping up its camera game, thrashing its major rivals, that’s the Pixel and the iPhone. Lastly, this is still a rumor, so it’s still unclear, and we recommend you to take this with a grain of salt.