Samsung has registered a new trademark that might be used as a marketing term, to showcase the unique capabilities of its smartphone camera’s, coming with the Galaxy S9 and the Galaxy S9 Plus. The trademark document reads, as“The Camera. Reimagined”  which makes us believe that the South Korean giant has some big plans with the camera on its upcoming flagship devices.

However, the document spotted by folks at sammobile doesn’t reveal much about the camera specs, just the moniker that Samsung might use in future. Previously, there were reports about Samsung launching two new high-end camera sensors for its smartphones, and the lens of this camera will be coated with anti-reflection over the glass. Thus, helping in reducing reflections and glaring issues. 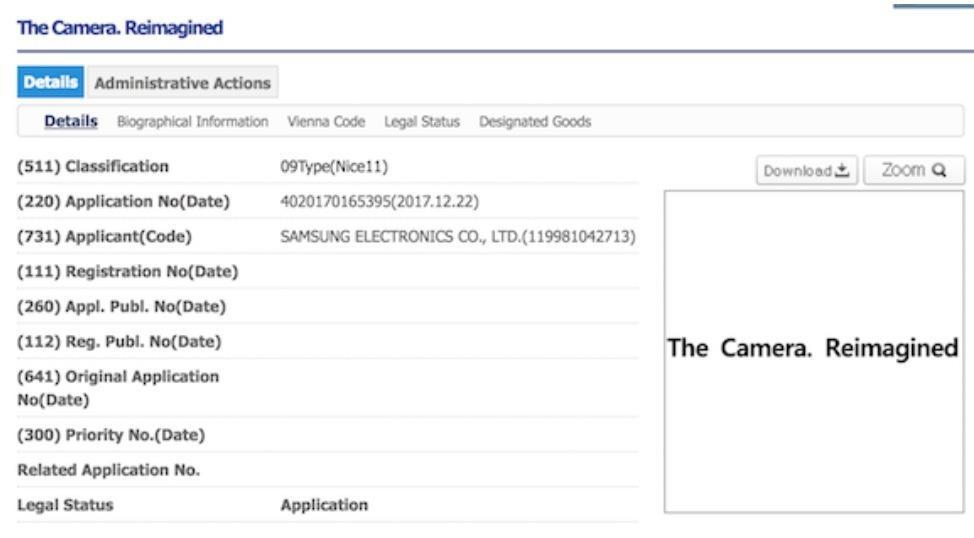 Moreover, we don’t whether this is specific for the Galaxy S9 Plus variant as it is the one rumored to feature the Dual-Camera setup, or does this apply to both of them? Apart from that the new gen Exynos processor now sports advance image processing and also supports up to 4 camera sensors. Two sets on the front for Iris scanning and facial recognition, while the rear two sets are still a mystery.

Furthermore, the possible functions of the dual-cameras on the Galaxy S9 Plus could be as follows:

As the popularity of portraits shots is rising throw the roof, a sensor dedicated for Pure depth sensing is also possible, on the upcoming Galaxy S9 smartphones, which might announce at MWC, which takes place in Feb 2018.