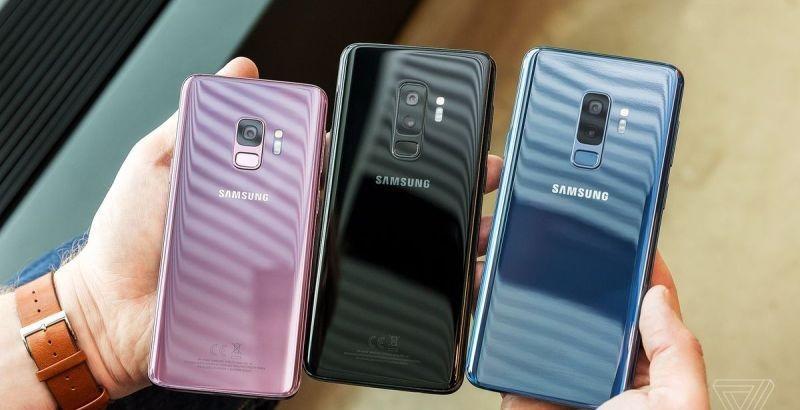 Samsung’s next big thing that is the flagship Galaxy S9 series will show up much earlier than expected according to new rumors that just recently emerged suggesting that the new timeline for the announcement is set at CES 2018 in January, in Las Vegas. Now coming towards the Galaxy S9 series, yes there’ll be a plus variant the Galaxy S9 Plus apart from the standard variant, but this time Samsung is also planning to release a mini variant of the Galaxy S9.

Moreover, Samsung’s three different variants will have the same specs under the hood. Hopefully, the Snapdragon 845 which has been officially announced recently will be powering the S9 Plus. Following are the possible Specs for the Galaxy S9 Plus according to leaks and rumors since last two months.

Speaking about the Plus variant, according to Evan Blass this time the Galaxy S9 Plus might share the looks, but the Plus moniker will genuinely mean an upgrade compared hardware to the standard variant this time around. The Galaxy S9 Plus will have more RAM than the standard variant, 6 Gigs on the Plus while the normal variant will get the 4GB memory. This memory upgrade could also translate to the internal storage being upgraded to 256GB. Both the Galaxy S8/S8 Plus max out at 128GB, so a memory upgrade is highly possible.

As the AI powered devices will be the next big thing in 2018, Qualcomm has already integrated an AI engine in its latest silicon, that the Snapdragon 845. And Samsung will be using it for it’s Bixby 3.0, when it debuts with the Galaxy S9/S9 Plus. There will also be a Bixby vega smart speaker that will also work with the Galaxy S9 Plus.

New rumors just in suggesting that Samsung has planned different memory configurations for the two variant of the Galaxy S9. Starting with the standard variant which will get 4GB DD4 RAM, while the Plus variant sees a major upgrade because it is about to feature a whopping 6 Gigs of DDR4 RAM.

Apart from this, the new memort combos are as follows:

The maxed out variant sums up that the new 512GB flash storage that recently(last year now) Samsung announced about isn’t making into the Galaxy S9 Plus in some regions. However, Samsung will launch it in Select regions, where there’s more storage demand. Probably, might get its place in the upcoming Galaxy Note 9 for the rest of the world.

New Set of dual-cameras, Exclusive to the S9 Plus 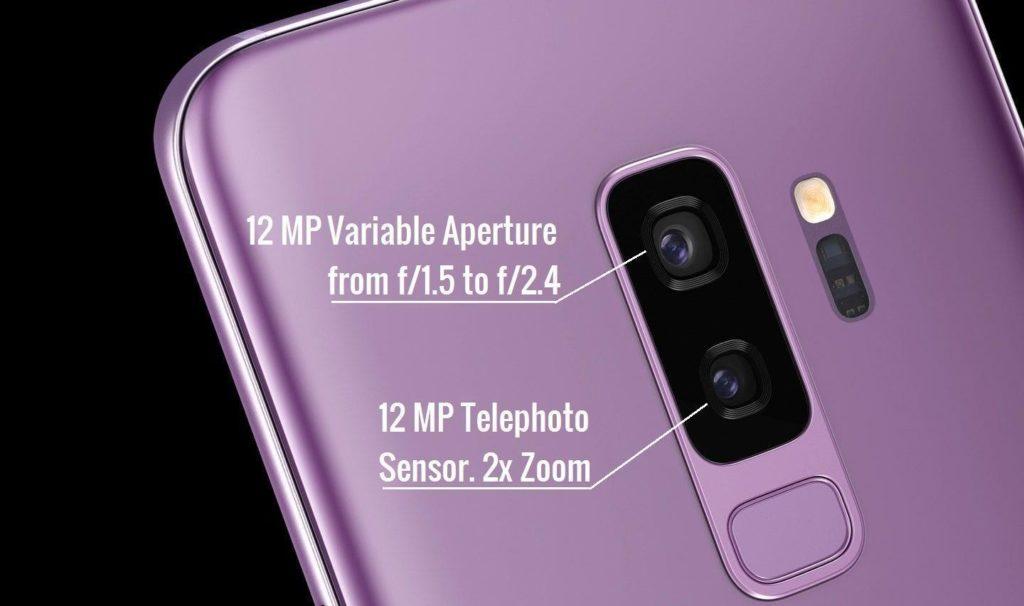 Moving further, the Galaxy S9 Plus now will be the only variant to get the Dual-Camera setup in the S line, while the regular and the mini variants have to settle for a single shooter. But, hey number doesn’t mean its always better, just ask the Google Pixel how it’s crushing the dual-camera competition with its single lens backed by AI.

Here’re some thoughts as per the on-going dual-camera trend:

Furthermore, the rumors and new leaks about this point out that Samsung will roll-out two new mobile camera sensors, one with a 24-megapixel shooter and the other one will be a 12-megapixel low-light sensor. And Samsung will also do the special half-baked bokeh(Depth of field) mode like everyone else.

Now, on the rear, as we said earlier yes, you get dual-cameras, and the front might also shrink some bezels on the front. So, the fingerprint scanner is expected on the rear like its predecessor but this time, after many complaints from its S8 user base, finally we will see a repositioned fingerprint scanner which will be placed vertically under the dual-camera. The same thing will be seen on the regular and mini variants as well.

Dual-Cameras on the Galaxy S9 Plus are confirmed and the confirmation comes with a couple of renders leaked from a Case Maker, which shows off the dual sensors and the Case fitting all around it, thus revealing the device from all angles.

Moreover, we will see a slight bump in the battery department and should expect somewhere around 3700mAh to 4000mAh, but Samsung won’t cross the 4000mAh mark, that’s for sure. And now the company has learned its lesson after the Note 7 fiasco, so you’re pretty safe, even if they decide to go with an unusually larger battery pack.

New recent rumors suggest that Samsung will add a charging functionality to its dex dock for the Galaxy S9 series to charge while it is in use. If the rumor about Samsung making a modular phone is true, we could see a slim profile of the phone just like the Moto Z and then you can extend the battery life 2x with a case. We have already seen such attempts by Samsung, disguised as battery pack case made by Samsung itself for the Galaxy S7 and just like Moto-Mods they snap on to it at the rear side.

The Galaxy S9 Plus will be more significant, and the display size is reported to be around 6.4-inches with bezels on the top and bottom shrank down to accommodate more real estate for the screen.

We already know that the Galaxy S9 Plus will have a larger display and much slimmer bezels, now a new leak just came in talking about a possible notch being implemented on the Galaxy S9 Plus. Interestingly, the notch is integrated a new position this time, we have seen OEMs stick the notch at the top, but here as per this new patents, Samsung is planning to place the Notch at the bottom of the screen.

Which could mean two things, first the top bezel is also very slim as this feature can’t be added there that’s why Samsung decided to move it to the bottom. The second speculation is that this is where we could expect the fingerprint scanner to be present! So, no under the display scanner mentioned anywhere yet, other than some Fan-made concepts.

Now you may ask what’s wrong with mounting it at the rear of the device? Right, there’s nothing wrong with that, but the Moto Z which is Motorola’s Flagship device also can’t mount it at the rear, due to the fact that it’s a modular device and the Moto-Mods snap on the back of it, which will hide the fingerprint reader. So, is Samsung Galaxy S9 Plus going to be modular? There’s no straight answer to that right now, but there was earlier one such rumor and tip about Samsung implementing a Moto-Mods like accessories for its upcoming Flagship phones.

Apart from that, Samsung also announced that it had started the production of 64-layer 512GB flash storage, so this might also mean that the Galaxy S9 Plus’s Top of the line variant to feature this massive 512GB storage option. Besides that Samsung also claims that its better than a sd-cards. We hope this doesn’t mean that Samsung will kill the SD-card slot from the Galaxy S9 Plus!

New cases have emerged online in various colors, showcasing the dual-cameras on the device, this is now the second case that has emerged online, after the leather case from Tootose, which you can read about in update 5. This should now put the last nail into the fact that the Samsung Galaxy S9 Plus will feature the Dual set of Camera’s just like the Note 8, but in a vertical fashion, as you can see in all the cases.

Samsung DeX Station gets trademarked and might ship with the smartphone itself, it is also reported that it will have wireless capabilities as well as will feature high bandwidth to reduce latency. Because with wireless tech, there are many chances that some packets may get lost so a high-speed bandwidth along with neat repeater technology will ensure no lag.

If you aren’t aware, Samsung’s DeX pad is an accessory, that allows you to project your screen on to a monitor further extending the Phone’s capabilities and giving you a desktop like feel.