As smartphones are getting more and more powerful while their battery life and size aren’t getting any major improvement except now, you can charge them faster or even add Mods to increase their battery life. But this thing needs you to either get a Turbo-charger or battery mods, which comes at an extra cost. And everyone can’t afford to get such accessories. Many OEMs have tried various optimization techniques to get the most out of their battery packs in smartphones.

Along those lines, are there any things remaining that you can do to make a somewhat decent impact on battery life? Yes, there’re a few things you could try, and they don’t cost any money except like a dollar or so. We’re talking about the battery optimization and battery-saving apps available in the Google Play store. There’re many of them promising to save your battery better than what Google baked into the Android system. So, are they any good? Let’s find out in this guide!

We have chosen some apps that, in our testing and recommended by many YouTube channels that work, save a decent amount of juice wherever possible.

Greenify saves you battery by efficiently and systematically pushing apps into a “hibernation” mode—an idle state, where it doesn’t allow them to run in the background and suck your battery even though you’re not using your phone. In addition to this, Greenify also promises to keep your Android smartphone running like the same you had it on its first day. Not only will it pause/stop the operation of an app which is not needed from running in the background, but it also uses Android’s built-in Force Stop functionality to prevent it from starting up again in the background, which many task killers fail to achieve; thus, making Greenify more effective. Furthermore, the promise of preventing your device from slowing down.

Greenify can be used for both rooted and non-rooted Android phones, while there’s a little more control gained with the rooted phones. But non-rooted for non-rooted users, this app should work fine. When you download and install the app, you have to set it up by allowing it to access all the permissions to perform its tasks. Such as verifying the Auto-lock system; that’s before you turn off your device with a screen lock. Greenify needs a few seconds to complete its magic.

After this, you can choose which apps need to hibernate yours. Or Greenify will automatically l do this joy by identifying which apps impact your battery life while running in the background. And will push those apps in hibernation mode. 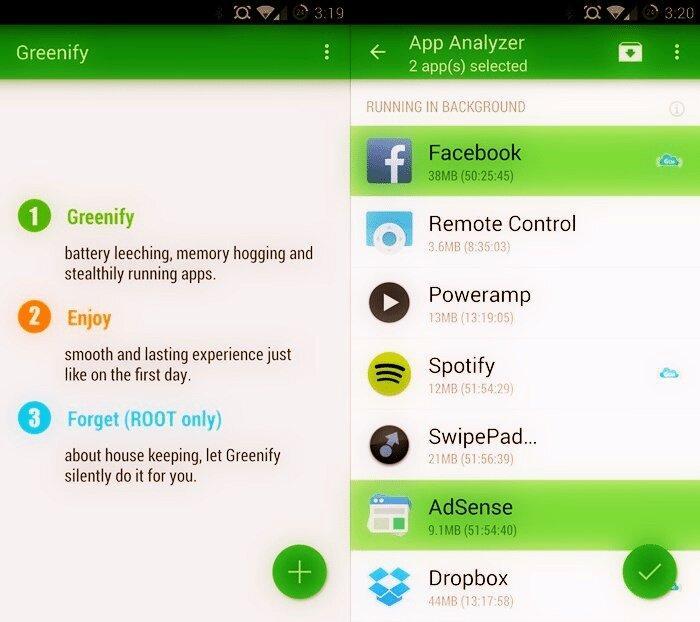 There’s also aggressive doze mode, available for even non-rooted users, and even support for Android Nougat users. It is an experimental feature and shall not deliver results every time, but you can still try it as it doesn’t harm your device. If appropriately utilized, the App can save up to 18% battery life without hurting anything.

The second app, which proved to be a decent battery saver innovative, is the Pixel Filter.

In AMOLED displays, every pixel can light up independently as it doesn’t need any back-lighting as LCDs do. As a result, the black pixels in AMOLEDs are turned off. At the same time, this app takes it to the next level by dimming the brightness of pixels around such pixels that are already off and ensuring maximum batter saving whenever the display is turned on.

You can also choose a pattern from which you want the pixels to be turned off or dimmed. But there’s a noticeable pixel that’s turned off if your brightness is more than 50% and you’re applying this filter. Another noticeable effect is seen while using this app is some separation of the color, differentiated diagonally running in the middle of the display. It’s more visible when you’re on a white background, which many apps have a white background. It’s not that noticeable unless you try to find it.

In the above screenshot, we can see there’s a slight color separation diagonally. This is a 30% brightness level. And mostly visible on a white background, for instance, in this NY Times app, & it’s quite noticeable. This app will surely save you at least 5% to 10% of your battery. Lastly, it’s better than the Blue Light Filter.

Now the Last app we’ll talk about here is the Hibernation Manager!

This is the last app that we think can make a more significant impact on the battery. As it modifies the behavior of the heart of your smartphone, that’s the CPU. It automatically sets the CPU to the lowest possible frequency and voltage, which ensures substantial battery savings.

You have the freedom to choose which battery-draining apps will be disabled (hibernated in the background) when the screen is OFF. If you hibernate using this app, it halts all the tasks running in the background ( mainly third-party app services, not System app services), which causes a good amount of battery savings. The hibernation method is more efficient than killing tasks or using memory cleaners.

Furthermore, it halts the updating widgets, checking for software updates, G-mail refreshing, etc. We can see the App reducing the CPU frequency for optimal battery saving results in the screens below. Our teste found that the App can save up to 15% battery life if utilized properly. 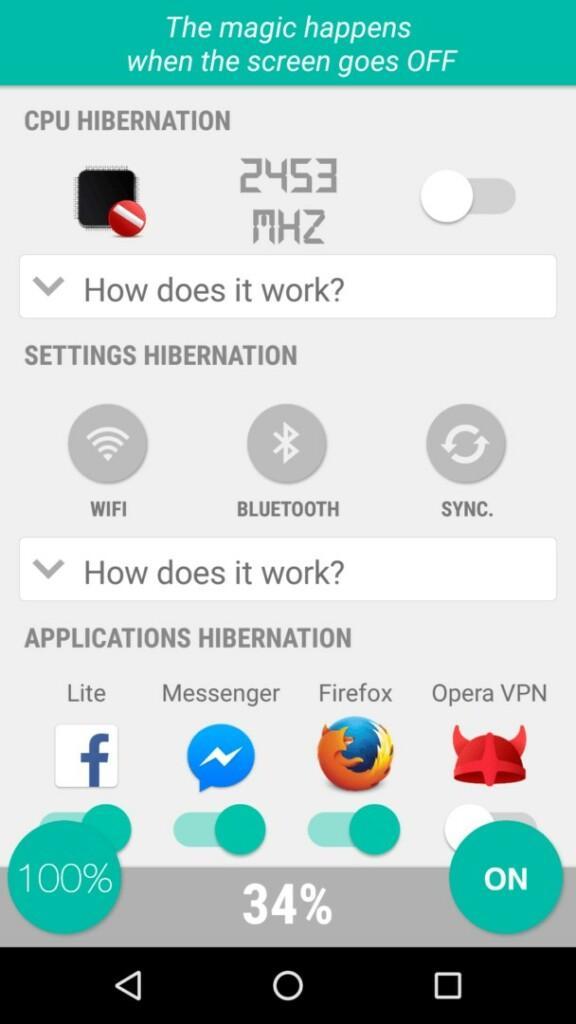 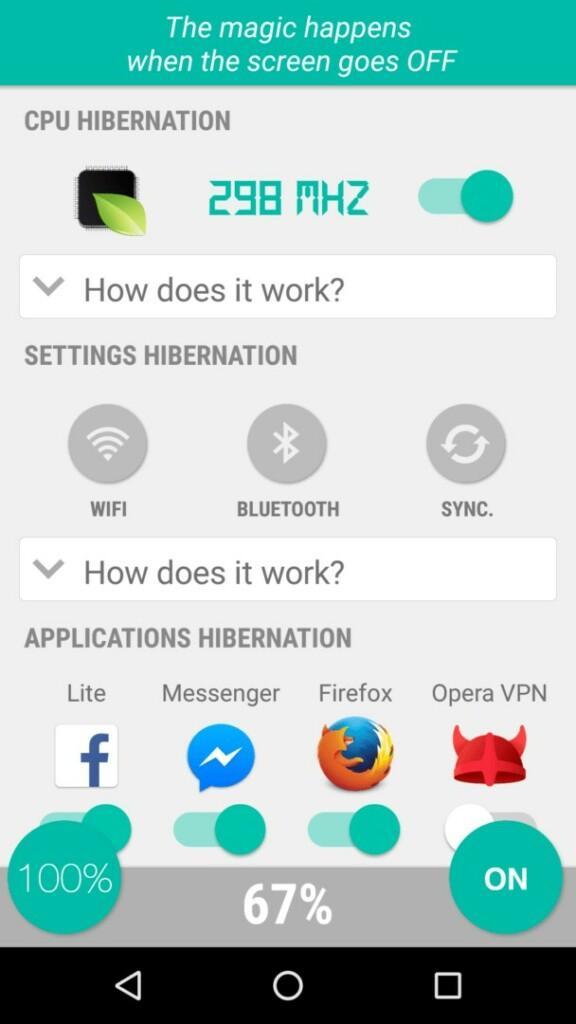 After using all the three apps together, you can surely see decent results in your battery life, and make sure you have an AMOLED display panel if you’re using Pixel filter as it’s useless on an IPS LCD.

Use all the apps together for Optimal results, and rooted users and users sporting an AMOLED display on their device will also benefit from slightly higher battery-saving measures from these apps.