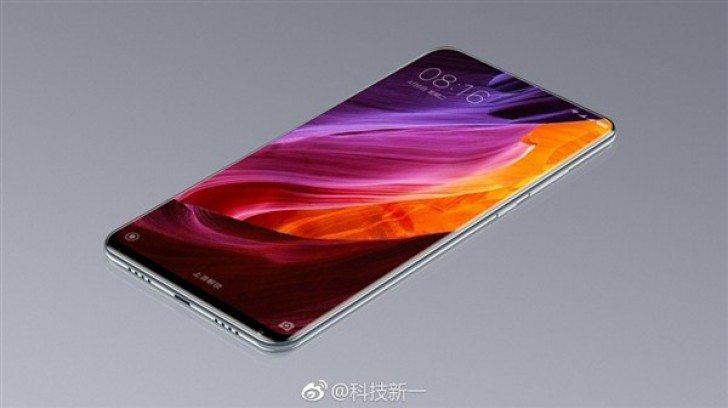 It seems like Xiaomi is working on the successor of the Mi MIX If you don’t know, then Mi MIX was the first smartphone to come with Flagship specs along with a Bezel-less screen. By the launch of this Xiaomi has proved that they are not less than any American or Korean brand. Recently the images of the concept of the Xiaomi Mi MIX 2 got leaked online and it looks awesome. A few days ago the rear panel of the device got leaked, and now an image is leaked which looks similar to what we have seen in the previous leaks.

Xiaomi’s Mi MIX 2 will come with a complete Bezel-Less design except for the small bezels on upper and lower part. The phone is rumored to come with a Qualcomm Snapdragon 835/836(64 bit) Octa-Core processor along with the option of 6GB and 8GB of RAM. It will come with an Adreno 540 GPU for Gaming. As we all know the old Mi MIX is available in the storage options of 128GB/256GB, so it is expected that the new generation device will also come in 128GB/256GB variants.

The upcoming Mi MIX 2 might come with a Dual-rear Camera setup as the smartphone market is moving towards this trend like anything. It will retain the old Glass Metal design which undoubtedly looks exceptionally well. In the front, it will sport a 6.4(inch) Quad-HD OLED Display with a resolution of 2560 x 1440 pixels and this time it is expected to come with a Corning Gorilla Glass 5. The phone might come with a 3300mAh battery and will run on the latest MIUI 9. Also, a rumor claims that Xiaomi could launch the Mi Mix 2 on 12th September which reportedly also is the launch date for the new iPhones.