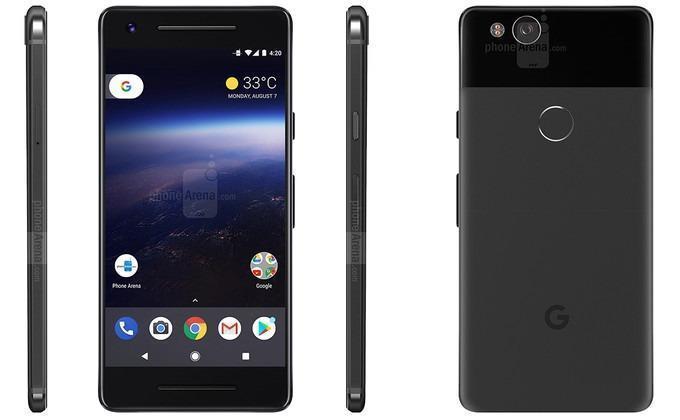 Google launched its Pixel and Pixel XL smartphone last year which was good at their and did a good job competing with the likes of  Galaxy S7 and the iPhone 7. Last year Google partnered with HTC to make these devices. If we talk about this year’s flagships the Galaxy S8-Series, LG G6 is already there, and now we all are eagerly waiting for the iPhone 8 and the Google Pixel 2/Pixel 2 XL. Both pixel phones will be the first phones to come with Android 8.0 Oreo out of the box, anyway, let’s talk about the expected specs of the two.

Rumors are suggesting that for 2017’s Flagship Google has partnered with LG to make their new generation Pixel devices. The last device that LG has done for Google was the Nexus 5X. Earlier leaks have revealed that the Pixel 2 will retain the similar design statement while we will see a different design on the Pixel 2 XL. The image shows that Pixel 2 will have a display with lower and upper bezels which mean that Pixel 2 will not come with a complete bezel-less screen.

Live photos of Google Pixel 2 emerge online: Reveals the device in all its glory

While it was rumored that Pixel 2 XL would sport a 5.9(inch) Bezel-less Quad-HD+ OLED Screen with 18:9 ratio which is in trend these days, on the other hand, Google Pixel 2 will offer a 4.97(inch) Full HD OLED screen with minimum side bezels. Both devices will offer stock experience based on Android 8.0 Oreo. These devices are expected to launch on 5th of October as leaked by Evan Blass earlier.