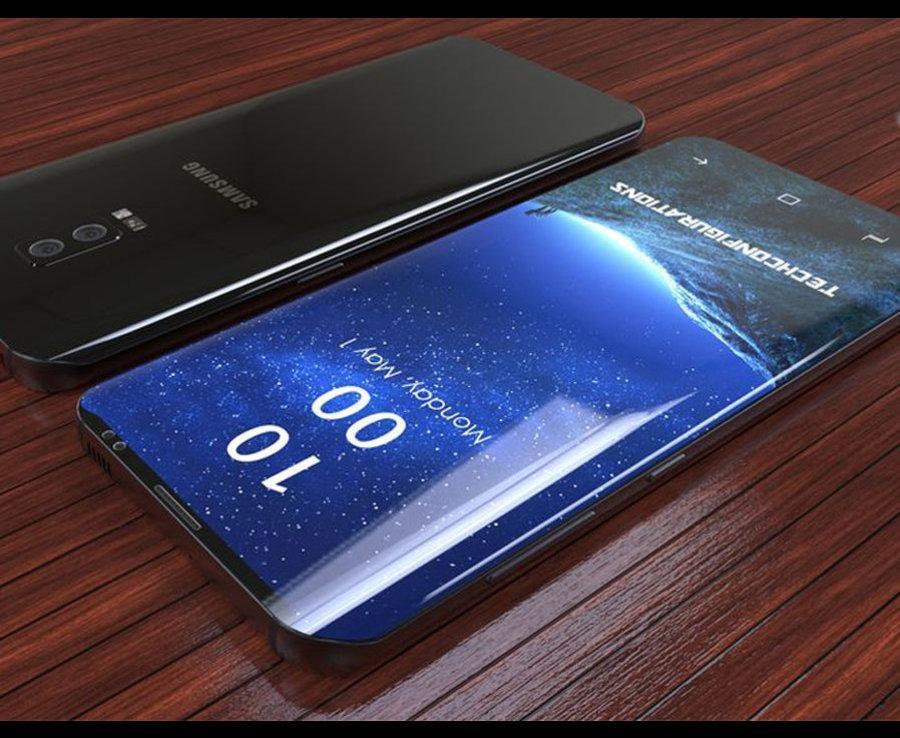 Samsung’s next big event for, Yes, you guessed it right! The Galaxy S9 is now rumored to take place at Barcelona 2018, that’s where the MWC event will take place, the event usually starts from 26th Feb and goes until March 2nd or 4th 2018. So, if these rumors are any true, the next galaxy is almost 3 months away from now.

Other reports suggest that there will be three variant of the Galaxy S9:

The difference between them is obviously going to be their screen sizes, and we hope Samsung use the same high-end panels on the mini option as well. The Plus variant is expected to have a 6.2-inch Quad-HD panel, the regular variant sport a 5.8-inch Quad-HD, while the mini variant is said to feature a compact 5-inch 1080p Plus display.

Now, with the bezels shrinking down these days, the 5-inch variant might be much more compact than a standard phone with the same size display, because here we have 18:9 aspect ratio. Thus the mini variant might be really compact just like the first gen Moto X (2013), but having a larger screen to work with, and hope that Samsung also keeps the curved edges on the mini variant, if it has anything to do with the S9 family.

Because of some leaks from a couple of months ago, the Galaxy A5 and Galaxy A7 2018 are expected to feature an 18:9 non-curved AMOLED display. So, the S9 mini should not resemble anything in those mid-range lines. Apart from that, there were also some Geekbench scores emerged online, which suggests the Galaxy S9 is nowhere near to the iPhone X when it comes to benchmarks, neither in single core nor multi-core, but let’s see how the real world usage will be like once the phone is officially released.