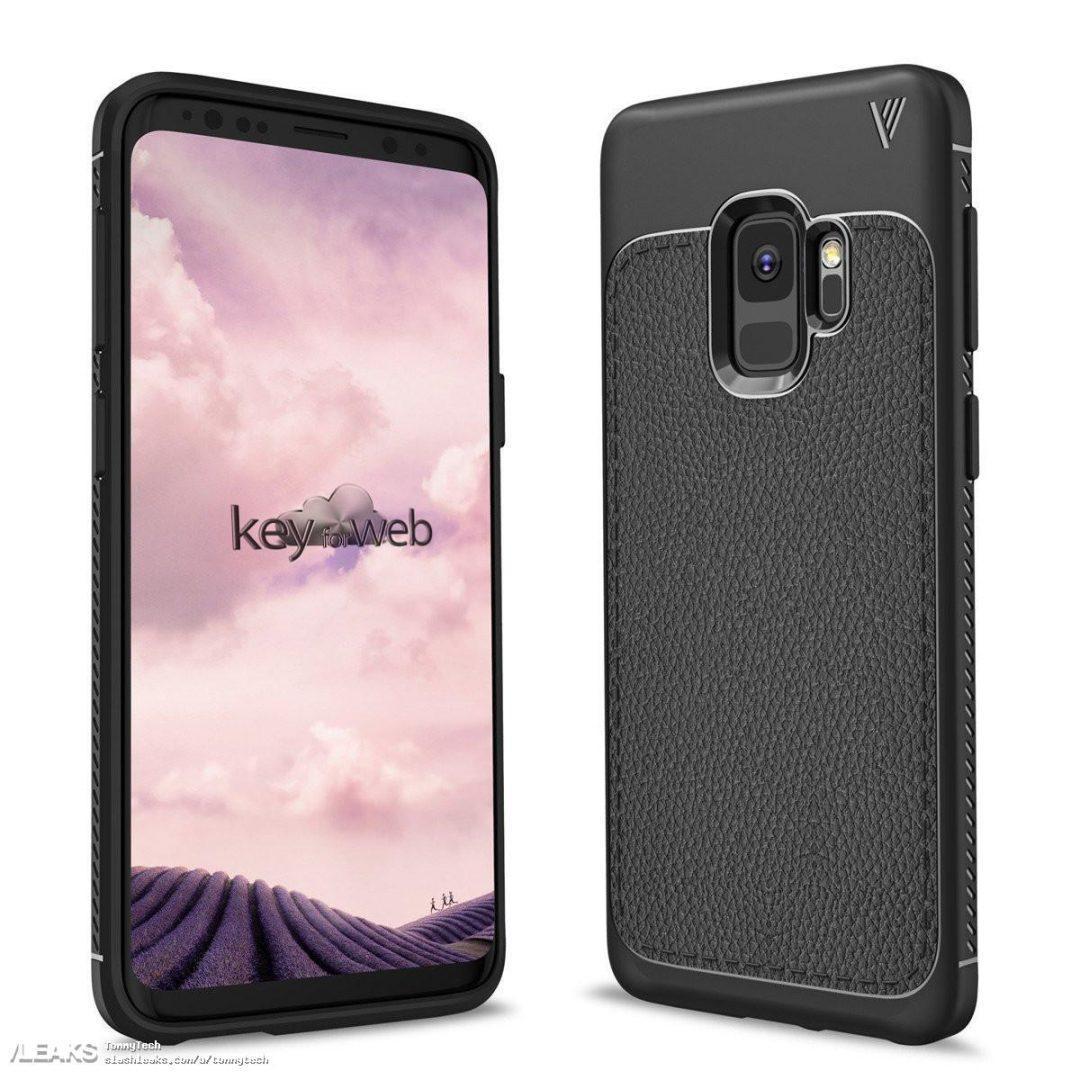 Samsung’s Galaxy S9 will be the next big thing next year from Samsung’s side, and the Galaxy S9/S9+ have been in leaks since many months now, from CAD renders to concepts, we have seen everything. But now what looks like a legit render has arrived showing off both the Standard galaxy S9 variant as well as the Plus variant.

These renders, leaked are from a Case-maker, as they get the dimensions and other outer physical information early to start designing cases for these brittle devices. The name of the Case-maker is guessed to be TOTOOSE!

And they look pretty legit as far as what we have seen since last month, we have no change on the front except some few more sensors are added at the front bezel, and the bottom bezel is also not shrunken down. However, the most significant changes are on the rear with the Galaxy S9 Plus sporting Dual-Cameras which we have heard many times and with this, it’s now almost confirmed.

While the Standard variant houses just a single sensor, with a LED Flash a looks like the elongated cut off adjacent to the camera, and from the looks of it, maybe Samsung might implement a laser auto-focusing system this time.

The fingerprint placement is also now positioned below the Camera cluster, which was even leaked earlier, and with this render now out, it holds true. Apart from that, at the bottom, we can see ridges for the 3.5mm headphone jack and probably a speaker grill. Apart from, on the side, we have the regular power and volume rocker, and on the other hand, we still have a dedicated Bixby key. We hope this time it’s customizable. The Galaxy S9 and the S9 Plus are expected to launch much earlier probably in between Feb to March 2018.