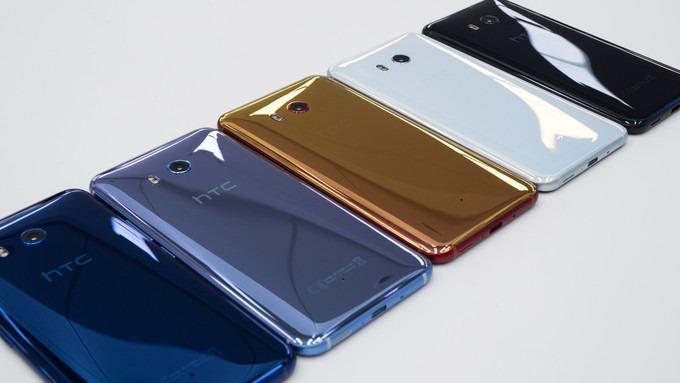 HTC U11 is the current flagship of the house of HTC but a few days back some rumors were there about its successors, and finally, the image of the upcoming HTC U12 was leaked recently.

HTC’s flagship device U11 hasn’t attracted a good amount of consumers due to which its market value is decreasing, now a new image of its upcoming flagship has been leaked which gives us some valuable information about HTC’s future, so let’s check out more about it.

At the starting of 2017, there were rumors that HTC will be going to shut down its business, but the brand replied to those rumors by launching its U11 handset but woefully that smartphone was a big failure for the brand as at that time Samsung and Apple were leading the market. Now a new leaked image is there which is said to be the HTC’s U12. At first, glance, what we notice is the curvy design which means no rectangular design is there.

The biggest change in the device is tiny bezels surrounding the massive screen; the design looks blend of the Apple iPhone X and the Nokia 8. No other details are there about the device but what we know so far is that it will be powered by the latest Qualcomm Snapdragon 845(64 bit) 10nm processor coupled with 6GB of RAM. Rumors say that the device will come with a 4K Display, currently, Sony is the brand which is offering this kind of hardware, but many of the great sources suggest that using a 4K screen on a mobile device doesn’t make any sense as it greatly affects the battery life and cost of the smartphone. The device will come with a side or rear mounted Fingerprint Scanner as seen on the Sony devices.