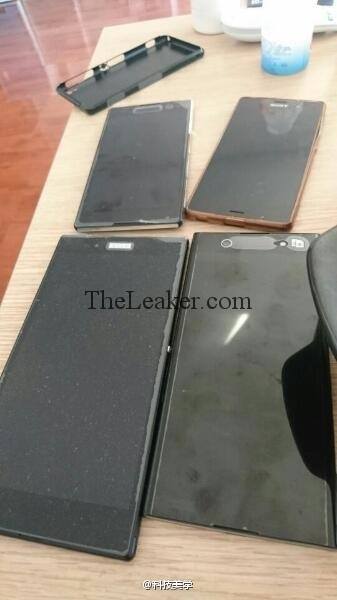 Seems like Sony is getting ready for the launch of some Xperia smartphones soon at MWC 2017.  Today 4 New Sony Xperia smartphones have been passed through the FCC. Sadly, the filling reveals a few details about the devices. Accordingly, all of them will be featured with LTE, WiFi AC, and NFC. The PY7-33681M and PY7-40069V will feature Bluetooth 4.2 and 18W charger. Other models filling reveal nothing except label location and SAR information.

Somehow they all look similar. However, their model numbers are totally different from each other.

The large device present on the left side of the alleged Xperia XZ 2 seems to feature the older Xperia models design approach. Rumors suggest that the device may look like Xperia Z Ultra that features a 6.4-inch display. But now it will be featured with QHD panel and obviously improved hardware. As the second image suggests, the device will be equipped with 4GB of RAM.

The tablet seen on the left side is currently unknown and there is no leaked information about that.