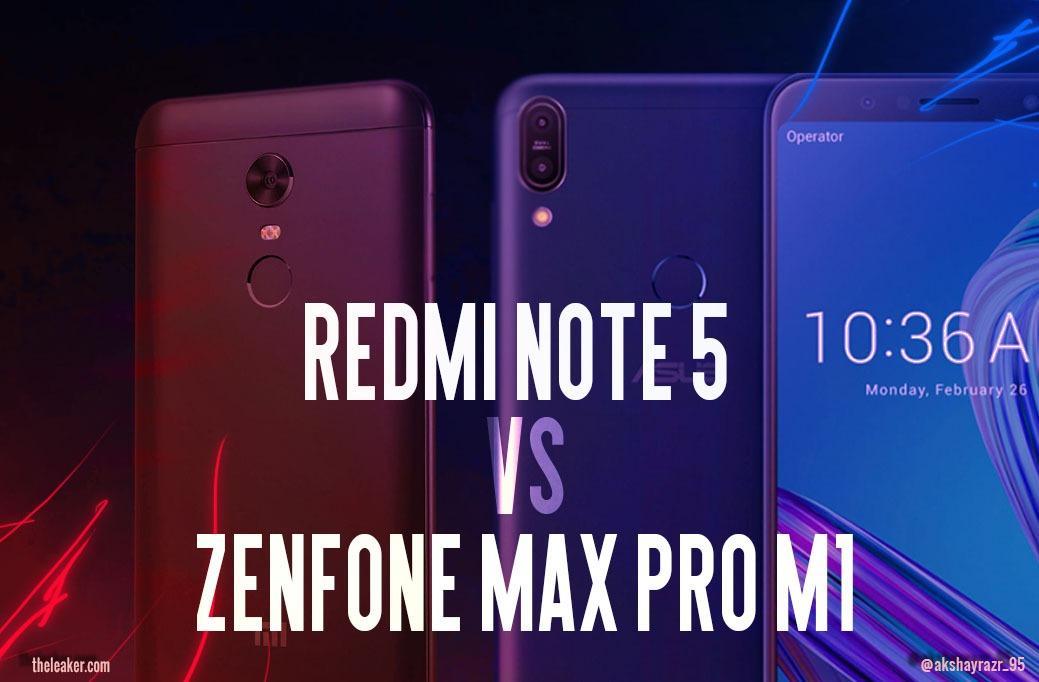 Xiaomi’s Redmi Note 5 which is also known as India’s all-rounder smartphone and has already sold in millions since it’s launch is one of the best budget smartphones right now. The handset is very budget friendly and offers a compelling specs sheet thus beating every other competitor when it comes to value for money prospect. However, Asus has also been eyeing the same segment where the Note 5 sells and has decided to blow it away with their newly launched Zenfone Max Pro M1 which also promises a similar amount of value for money aspects. And in this post, we will take a look at which one of them accomplished the value of money battle in this highly competitive budget smart bracket. 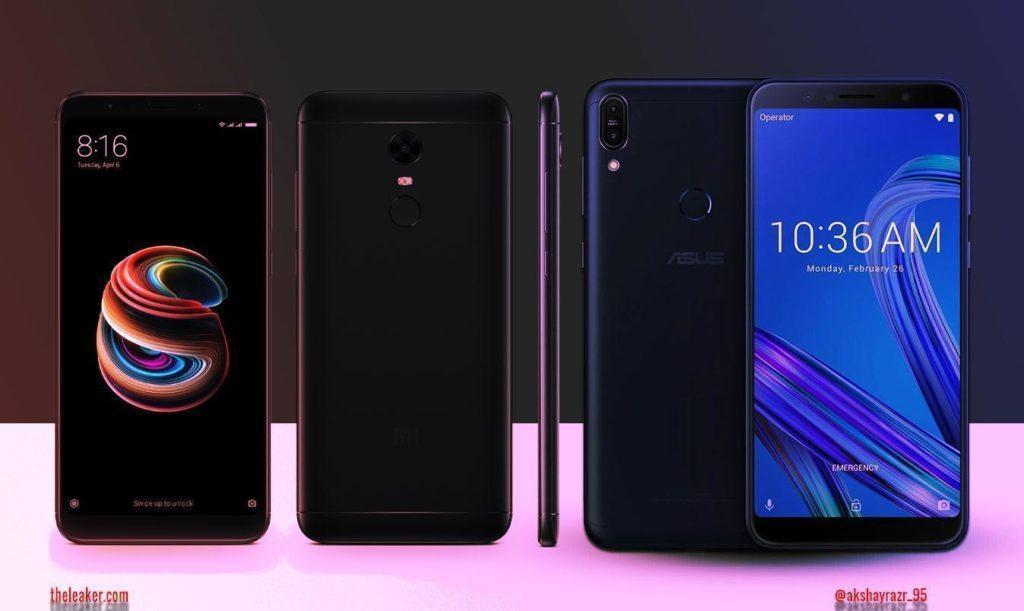 Starting with the design, where both the handsets feature a metal unibody shell which covered with gorilla glass on the front. The Redmi note 5 follows the more traditional design from the Redmi series, while the Zenfone Max pro M1 looks more modern and sharp. The Zenfone max pro m1 further amazes one with its Dual-Camera setup while the Note 5 has a single sensor. Both smartphones feature the fingerprint scanner on the rear and have full-hd+ 5.99-inch 18:9 IPS displays. So, pretty close so far, from both fronts.

However, the story changes completely when it comes to raw power where the Redmi Note 5 is powered by the legendary tried and tested battery efficient Qualcomm Snapdragon 625 which now almost two years old, the Zenfone Max Pro way head and employs the powerful Snapdragon 636 in all its variants even in the base model. So, when it comes to processing power and graphics, the Zenfone Max pro takes the cake here. You’ll be better off gaming on the Asus rather than on the Redmi Note 5 Pro as it also has to handle the heavy MIUI custom skin.

In the memory department, both have their variants which offer up to 6GB RAM and 64GB storage. However, considering the price range of these models fall into the premium budget handset and thus are not considered. So, the Zenfone Max pro M1 comes with 3GB RAM and 32GB onboard storage and also with 4GB and 64GB, which compared to the Redmi Note 5 also comes in the same configurations. However, let’s check at what prices are these available for a better overview.

Now coming towards the camera, the Xiaomi Redmi Note 5 only comes with a single shooter while the Zenfone Max pro m1 triumphs it with its Dual-Camera’s which also offers those famous fake Bokeh shots/Portrait shots. Now the Redmi Note 5 sports a 12-megapixel sensor with a f/2.2 aperture a decent 1.25 microns Pixel Size and on the front you get a 5 MP, and you also get a selfie flash.

With the Asus, you get a Dual-camera setup with a 13 MP f/2.2 aperture and a small 1.12µm pixel size) primary shooter accompanied by a 5-megapixel (f2.4 aperture, 1.12µm) depth sensor. So, none of them will impress you much in low-light shots. The Zenfone goes ahead with its 8 MP sensor and LED flash for selfies. But Asus can do those Bokeh tricks with that second sensor. Video on both supports EIS for 1080p recording but not for 4K, which is fine for this price range.

Regarding Software, while most might probably incline towards clean stock Android experience and surprisingly the Zenfone Max Pro m1 offers the same, compared to the MIUI 9 on the Redmi Note 5, which is highly customizable and jam-packed with a variety of nifty features.

The Zenfone Max Pro is already running on the latest stable version of Android Oreo 8.1, compared to the Redmi Note 5 which was released on Nougat and will be updated to Android Oreo pretty soon. While in some regions Oreo beta is already out for the handset. Moreover, if Asus decides to provide one major Update for the Zenfone Max Pro M1, then the device could easily make it for the Android P 9.0 treatment.

Battery, Other features, and Price 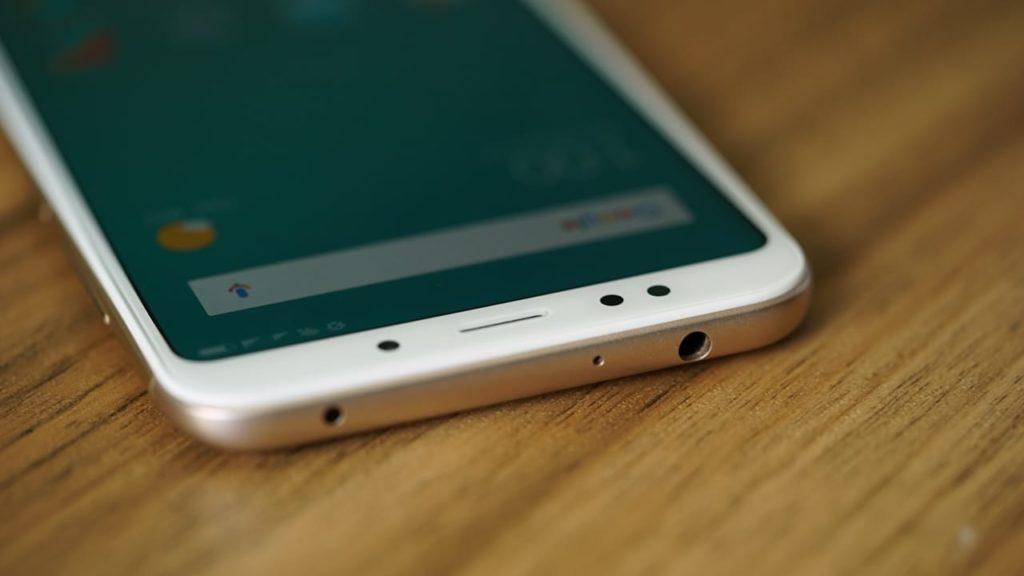 So, the Zenfone max Pro slightly has the upper hand in this case. Moreover, the Redmi Note 5 offer what’s called as IR blaster via which you could connect and control most of the new gen standard electronics, which is such a convenience from a budget smartphone.

The Xiaomi Redmi Note 5 falls short next to the Zenfone in the camera, battery and the raw processing power department. However, it also costs a little less than the Zenfone Max Pro as you have seen in the table above. If you consider the price gap it’s not much as with 1K more, you get a far better processor, one extra camera sensor, 1000mAh more capacity which clearly states that the Zenfone Max Pro M1 is just better for that amount of money and a better pick among the two.

Finally, do remember the Redmi Note 5 will have a successor by next year, but we can’t say the same about the Zenfone Max Pro M1, whether it will get a sequel or not. The thing is that this might make it a standalone device and might lack support in the Android development community. However, that’s a thing for future, for now, the Zenfone max pro m1 is the one you can go for if deciding between the two.