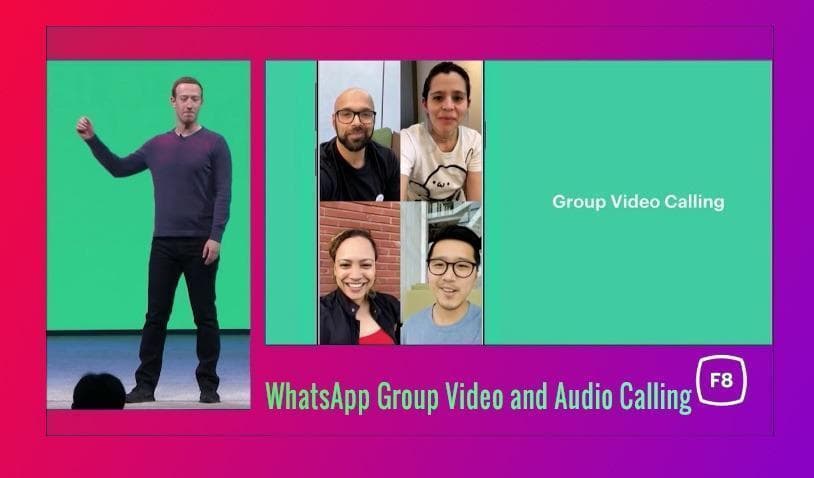 WhatsApp is rolling a brand new feature which was also reported earlier, the new Group Audio and Video calling feature which was announced at the Facebook F8 conference by Mark Zuckerberg is finally here. The feature has been in leaks for many months now and was also spotted in some teardowns of the app’s latest version. However, this latest group video calling feature hasn’t been seen on every other phone, and as of now, some iOS users have discovered it on their phone.

So, it might take some time for this to reach the global level. Meanwhile, you should download the latest version of WhatsApp and be patient until it shows up on your side. Furthermore, when you are in a Video or Audio call, you will see a new option labeled as Add contacts which allows you to invite more people into the Video call or Audio, works for both of them. You have to invite the new member from your contacts list, and when the person receives the invitation, he will see the other members avatar before Joins.

Which is super helpful to know what you’re getting into, we don’t whether this work with random people, which don’t have saved each other contacts or not. But when’s its available for everyone you will get the answer. Apart from that, for now, WhatsApp allows up to four people to be within a video call which isn’t that bad.

And with more demand and better utilization of the interface format, we might see the number to get increased shortly. Overall, a nice addition to the video calling feature and a step in the right direction of connecting more people.