Motorola released the Moto Z2 Play which might be a slightly lower variant of the Moto Z2 2017 which Motorola will be launching anytime soon in the market. The Moto Z2 has been in rumors for a long time, and now it seems like Moto Z2 is so much to the public that we can get a long, detailed post on the device out.

The Moto Z2 appears to be a worthy successor to the Moto Z which was an excellent device regarding looks especially being one of the slimmest smartphones with an excellent performance. So without wasting precious time let us move towards knowing more about the device.

Original Moto Z had a 5.5″ inches display with a QHD Resolution which is a good screen in every term now on the upgrade also the rumors point towards the same display being carried on with a better panel instead of the same being used.

There is also speculation about the phone not being in the existence itself, but then at the same time we get some more rumors about the device, so it might be we are not going to see any device with a QHD display in future in the Z lineup as it might end up being on the Moto X4.

The Z series Moto is keeping for their top-of-the-line handsets, and hence they are offering the best of the SoC they can provide and be in competition with other devices from Samsung, Sony they are using the same Snapdragon 835 chip which is the best-in-class chip as of now for any flagship device.

The Snapdragon 835 Chip is perfect when it comes to performance and hence Moto this time for their flagship has done well to use this chip, as it will help Moto being future proof, and also will help it to be on par with the number games which many manufacturers play.

The same was pointed out via a benchmark result which was published on Geekbench which revealed about the internals of the device.

As the benchmark results from Geekbench showed, the phone is being said to have 4 Gigs of RAM which is enough for the Moto Z2 as the device will be having a really stock like experience on the OS side and hence will be minimal bloat and will, therefore, help in performance. 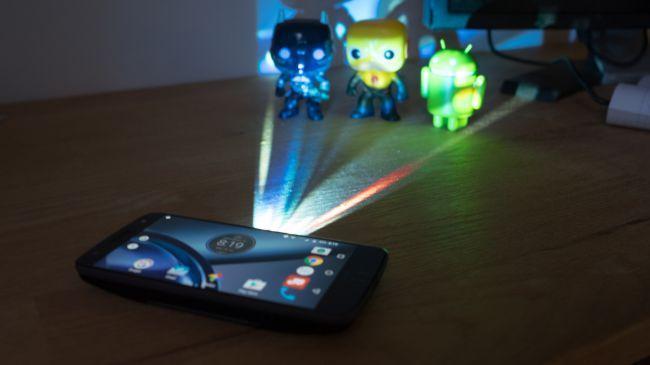 On the Storage side as the device is going to have SD 835 it is more likely that Moto will be releasing the 32 GB and 64 GB Variants of the device with 128 Gig option also in hope as the chip specify that the device is surely going to be a high-end handset.

The Camera of the Moto Z2 2017 is not anything spectacular to note, but still, the phone will have a 13 MP sensor which can churn out excellent photos. The Camera, however, will have a perfect aperture which will help in low light and the rumors suggest about the phone using best in class optics to get the best out of the camera.

There is even speculation about a dual camera setup on the Moto Z2 2017 which means that the device can get us excellent portrait shots and can even work on the Project Tango.

The battery of the Moto Z was nothing as such as great it was just an average battery at just 2600 mAh, but this time the rumors point that the battery will have a slight bump at 3000 mAh which will help the device to at least lend out 1 day of battery life for the user.

The Battery of the Moto Z 2017 phone is really important as you know that rumors are pointing to the device getting a QHD Display which is really a bad news for battery as it is going to suck the battery of the device at a really higher rate, which means we really need larger capacity battery and that is what Moto doing by giving a 3000 mAh battery on the Moto Z2 instead of the 2600 mAh found in the predecessor.

As far as the pricing goes, the device will be kept above 35,000 INR price bracket which will be making the Moto Z2 as a worthy competitor of the OnePlus 5; we will have to wait for Moto Z2 to be officially announced by Motorola.

Accordingly, Moto Z2 is expected to price around $699 and may feature larger battery. Another rumor from Weibo suggests that Motorola will also announce some new MotoMods alongside with Moto Z 2017.

As of now there is no speculation on the release date of the device, but there are rumors that the device may see the stage in July, but an exact date is still not known.

The Moto Z2 is going to get a touch competition by many devices and by specs the phone look good enough to survive, and if Moto uses a good design this time, then it may be possible for Moto to get a perfect audience for its Moto Z2.

A new Motorola smartphone seems to have popped in a benchmark listing. The new variant appears to share the same model no. of Motorola Moto Z XT 1650, and according to the benchmark leak, It will be powered by the upcoming Qualcomm Snapdragon 835 processor.

The new Motorola smartphone is spotted on Geekbench benchmark listing and was tested on January 21, 2017.

From the above benchmark listing, a few things are clear — The new Motorola smartphone will feature Qualcomm Snapdragon 835 SoC and If Motorola decides to give 2 or more variants of this smartphone, one of them will have 4GB of Ram. The new Motorola smartphone will run on Android 7.1.1 out of the box and will share the same model no. of Motorola Moto Z XT 1650. There is no information regarding the camera, sensors, and design.

However, all these leaks should be taken with a pinch of salt as there is no official confirmation about any new flagship device from Motorola. This might be just a test device with no plans for commercial release. But so far, most of the Moto leaks seem to be accurate.

The latest one being talked about is the Moto G5S and Moto G5S Plus, a successor to the Moto G5 and G5 Plus.