Earlier we reported that Lenovo’s upcoming was spotted on GeekBench. But we were not sure if that was a K7 Note or a K8 Note smartphone. But we got some confirmation from Lenovo’s social media pages recently.

Lenovo’s social media pages posted an image to a calculation which equals to the number “8”. And that just reveals that the upcoming device is going to be Lenovo K8 Note which was recently spotted on GeekBench. Here’s what Lenovo posted today on their social media pages. 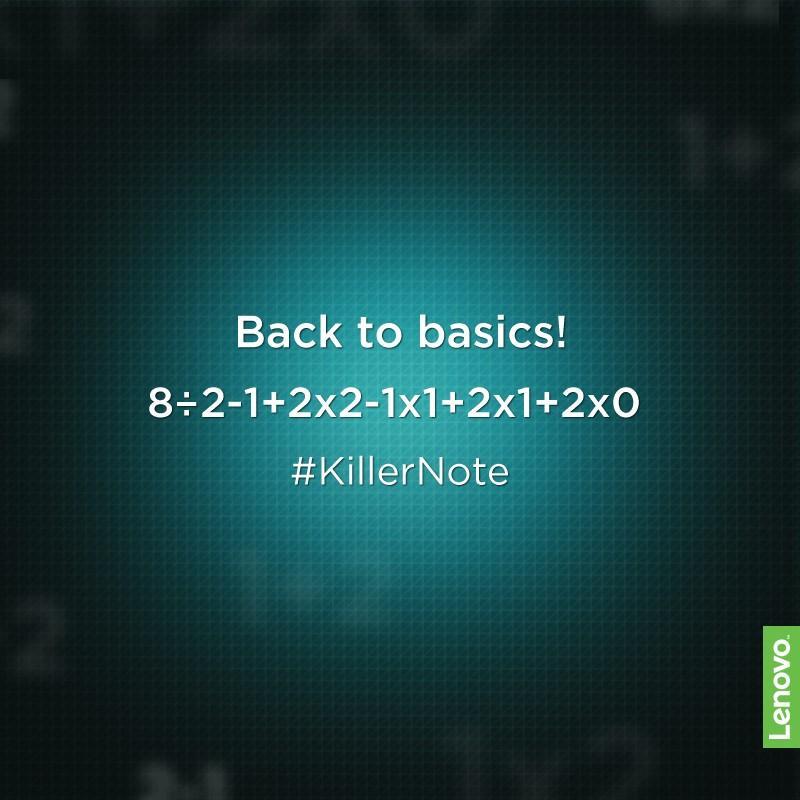 If we compare that to the earlier GeekBench spot, it reveals that it is Lenovo K8 Note according to that. In case if you don’t remember it showed that the K8 Note comes with Android 7.1.1 Nougat out of the box. Under the hood, it’ll be having the MediaTek’s Helio X20 deca-core chipset based on ARM architecture. If we talk about the single core processors here separately, they’re much better than that of Snapdragon 650 and 660 chipsets. Apart from that, it’s the first in the world to support Tri-Cluster architecture and deca-core processing at the same time.

The Helio X20 comes with a great GPU as well. It’s a 780Mhz Mali GPU which is very battery efficient. If we leave that, the Helio X20 chipset is based on the 20nm manufacturing process as well. These combinedly supports Dual cameras well and 3D depth technologies.

Keeping it aside, the Lenovo K8 Note will be coming with a 4,000 mAh battery and a 4 GB of RAM. These all things keep people’s excitement to some point. We’re looking into the device as well.