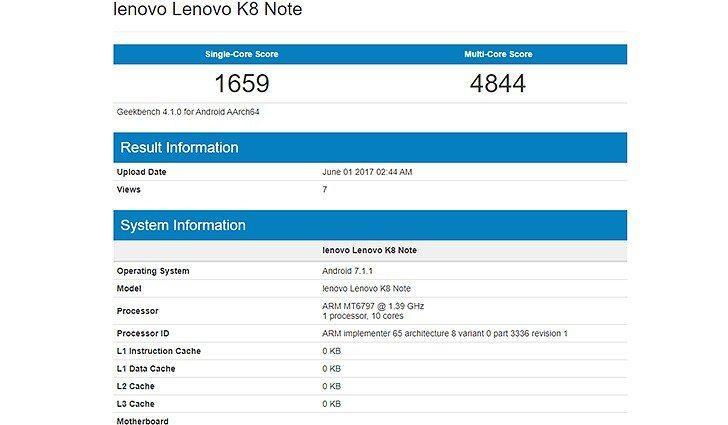 As we reported yesterday about Lenovo’s upcoming successor to the K6 Note. That’s the K7 Note for which Lenovo promised more power and performance. Now the device has passed through Geekbench revealing its specifications. That is the MediaTek Helio X20 which is indeed a powerful Chipset. So, now scrap the plans of getting Qualcomm Snapdragon 660 or a 653 under the budget friendly 12k to 16k price mark.

The single core scores here are on par with the Snapdragon 660 and 650. The Helio X20 is world’s first mobile processor with Tri-Cluster CPU architecture and ten processing cores. The ten core design aka Deca Core.

The Helio X20 introduces Dual cameras and features a built-in 3D depth engine as well as multi-scale de-noise engines. And for faster response time between shots and unprecedented detail, color, and sharpness, even under extreme conditions. The X20 also supports up to 32 mega pixels camera sensors. So, there’s plenty of room for Lenovo to play with the camera. 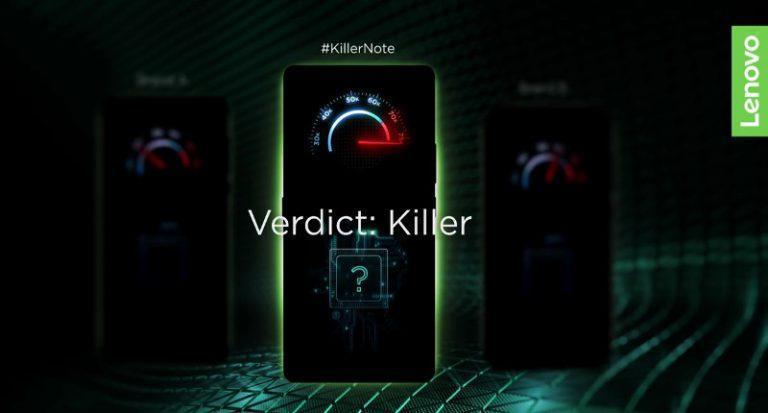 The GPU is also strong here with the ARM Mali 780MHz, which should be more than enough to push today’s titles. The Helio X20 chipset is based on a 20nm manufacturing process which is not the most efficient for battery life. As Lenovo adds a massive 4000mAh battery for the K7 Note. The listing also shows 4GB RAM is in tow and the device runs on Android 7.1.1. And if we look closely the heading on Geekbench reads Lenovo k8 note. So, will this be called the K7 or the K8 Note? Whatever they call it a powerful processor is confirmed here.