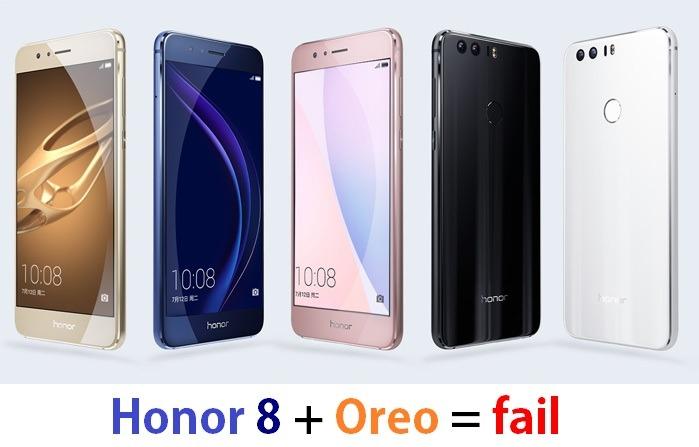 Huwaei’s sub-brand Honor which was a very appealing brand regarding looks, Specs and boasts value for money crown has hit a tragic tombstone today, which nobody saw it coming. On twitter today is responding to one of the Honor 8 user’s query, about the Android Oreo update. And Honor India conveyed that Android Oreo 8.0 that’s EMUI 8.0 won’t be coming to Honor 8, and it isn’t that it would be delayed or what, it’s simply not compatible with Oreo 8.0.

Havoc broke out in the twitter’s comment section, and the reason was, that this decision was taken because the device’s hardware and software had its limitations and it won’t work with Android Oreo’s software architecture. You can read the complete response from Honor India down below.

However, a small relief was provided with Honor India confirming that Security patches will be provided when necessary. And further the Chinese telecom giant’s sub-brand apologies for the inconvenience. Now the main thing here is to think that whether of the company’s excuse is true or it is just isn’t willing to update the device at all due to lower sales than projected.

However, now all you can hope is that someone talented from the XDA community comes in as a saving grace and blesses the device with a custom ROM based on Android Oreo, LineageOS 15 maybe? With that said, the pro variant of the Honor 8 is, fortunately, getting the Android Oreo update.