SuperCell, the team behind Clash of Clans, has started rolling out a new update and this one brings all the goodies related to the Lunar Global event that was seen everywhere as well as for the Chinese new year. This one is just a minor update, and it carries the version number as 9.434.24, which isn’t a significant bump from the previously released version 9.434.21.

You get a new lunar eclipse themed festive loading screen which adds a little flare to the global event. Apart from that, the iPhone X is now natively supported and optimized with this update. Moreover, the update also brings Fireworks effects along with that you will also see fortune trees are spawning in your village area.

However, the previous update brought a handful of bug fixes and in a couple of new features where you will be able to see the journey of the builder’s base. And you can also discover new buildings as well as characters that are located in some unknown mysterious place. Also, to that, the game will feature the most awaited 1 v 1 battle mode, where the best players can go face to face and test their skills. 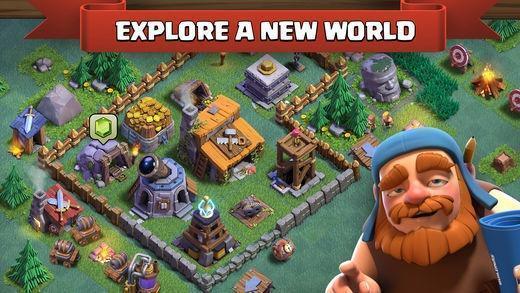 While, on the bugs side, the developers have fixed that frame drops issues, which was a major concerned. Supercell, the developer massive online multi-player game this year is looking forward to expanding its business by investing $4.2 million in Trailmix a gaming studio, according to Venture Beat.

Lastly, if you are an Android user, you can go ahead and download the latest APK file of Clash of clans version 9.434.24, from the link given below.