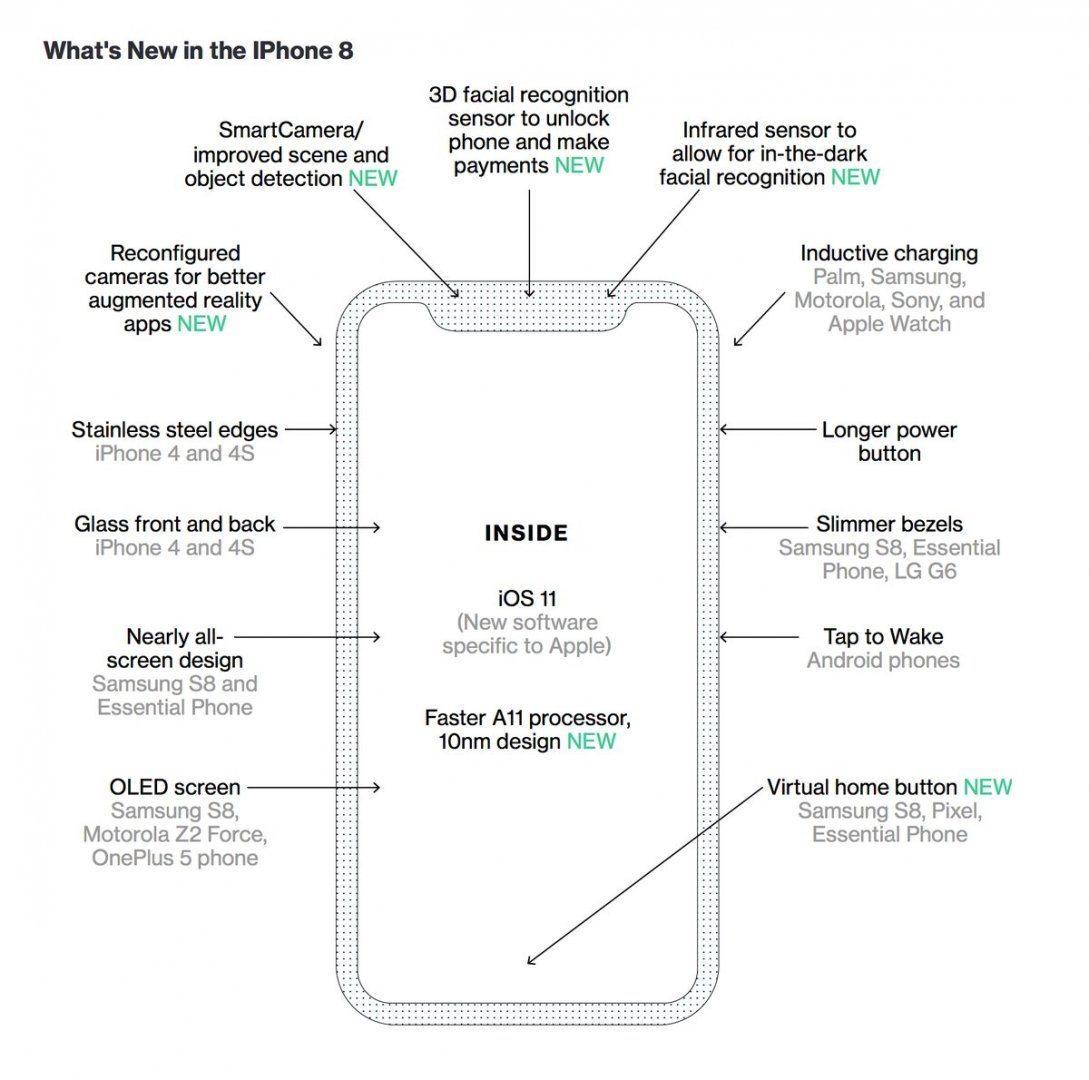 The Cupertino giant now is just playing the catch-up game now with other players in the industry and have had a major halt when it comes to innovation in recent Apple products. But now with the upcoming iPhone 8, Apple is aiming to change that and bring the necessary fundamental changes along with innovative new features.

The move comes in the with Apple’s 10th Anniversary of the iPhone and now let’s check out, what new features Apple has up its selves, with its upcoming next gen iPhone. Even though Apple now believes in making the best and not making it first. With that said, these are the Top 5 Features of the iPhone 8 which would either make it or break, it pretty bad.

“Catching up but still, making it best among the bunch”

Believe me in the keynote of the iPhone 8; Apple will magical tell you how its next-gen 3D facial recognition is a better way of securing your smartphone as well making payments, in an easy way, rather than a fingerprint sensor. The new 3D sensor used for the face ID technology will reportedly detect your facial geometry and feature within one 10th of a second. With high accuracy and should manage only 90-95% of success rate. It is being done via one of the facial sensors mounted on the middle front area, which melts into the OLED panel.

2. Infrared sensors for Facial recognition in the Dark

This responsibility is taken by the other front mounted sensors from the array of 4 and will help in detecting your facial features in the dark. Which many phones struggle to do, but is always one step ahead than Samsung in this, for the time being; if it’s able to deliver this in the dark with at least 90% accuracy.

As we have reported earlier (Via Mashable), that the next iPhone’s camera will be 4k 60FPS capable and it’s none-other than for Augmented reality(AR) capabilities. The SnapChat’s filters are one of the examples of the AR; as well as the Pokemon Go, which is another example of AR. With the 4k Resolution, there’s enough tracking data for it places virtual objects in real world footage. Plus, it will also help for object detection and high-quality face-time calls.

This is nothing new as the Samsung and Motorola have used AMOLED displays from a long time; with Samsung making a curved OLED panel as AMOLED tech is at its core and Motorola putting the OLED display for good as well as smart use for making its phone battery efficient.

Now, Apple jumping onto the OLED wagon, it remains to be seen, what it brings to the table. As the Fingerprint scanner embedded under the display is not happening anytime soon or we could see some lame screen savers, like the apple watch.

Even this was already done in the past by many OEMs and Apple after half a decade for the first time is implementing this in the new iPhone 8. Samsung also has a fast inductive charging technology baked into its Galaxy S8/S8+; Apple could also go the same path with the inclusion of the wireless charging. Notably, in the past, the company have tried to make a battery case; which looked pretty horrible and was poorly received. So, no Mods this time as well, leave that to the Moto-mods only.

As the launch is closing day-by-day, we learn more about the device and could expect the company to dig a deep hole in your pocket; with its prices passing the $1000 basically for just a few changes and catching-up which it could have done earlier.