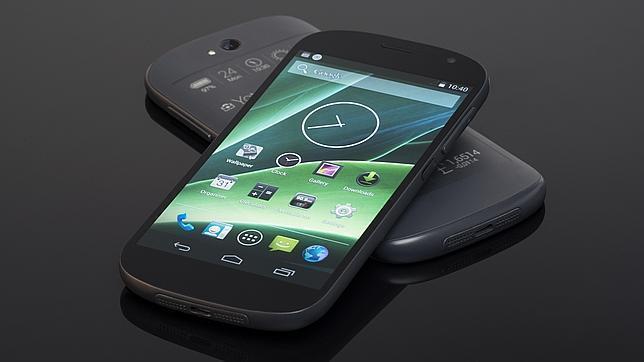 Recently Meizu launched it’s Meizu Pro 7 smartphone with Dual-Screen technology but is it practical enough to be termed as futuristic that is the question of paramount importance. Dual-Screen smartphones have their own merits and demerits, Yota a Russian phone maker has earlier launched its Yotaphone and Yotaphone 2 which went viral due to their Dual-Screen technology and now it is the time for the successor of the Yotaphone 3. As per the reports, Yota has shaken hands with a Chinese manufacturer to bring this device officially to a larger number of people.

Now the press renders of the Yotaphone 3 leaks, and they look a bit strange when compared to other smart phones. While all other brands are busy in Bezel-less screens, Yota is cooking something else in their kitchen, and we are talking about the third generation of their Dual-Screen smartphones. The leak shows that the phone has a display in the front and the secondary display is an EPD(Electronic Paper Display) type which means it’s not like the regular AMOLED or an IPS panel, basically it consumes lesser battery juice.

The image shows that this time the phone will have a Fingerprint Scanner in the front which will double as a home button. It will run on a 3200mAh battery which will be satisfactory for a phone with EBD and an AMOLED screen. We can expect the launch of this device next month in China, and it will be available for a starting price of around 350$.