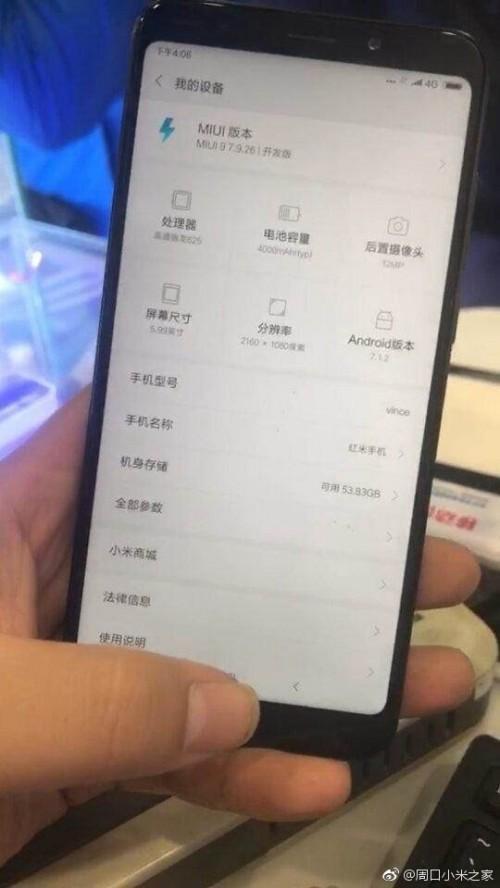 Xiaomi will present its new ‘smartphone’ Redmi Note 5 and Note 5 Plus on February 14 at an event in New Delhi, in India. Among the main features expected, the 18:9 display will be the highlight along with the Snapdragon 630/636 processor.

Thanks @gauravkapur. Looks like everyone is excited about @XiaomiIndia’s all-rounder that’s a 5/5. Tune in to Flipkart on 14th Feb, 12 noon to find out who it is. #WhoIsTheAllRounder https://t.co/KO6jyUWq46 pic.twitter.com/z5bDbJIH6n

Today, however, Flipkart confirmed in a tweet that Xiaomi’s upcoming offering Redmi Note 5 and Note 5 Plus would be ‘Flipkart Exclusive’ although we have come across to the final design of the upcoming Redmi Note 5 and Note 5 Plus, Thanks to Flipkart’s own SmartBuy Screen Guard listing. Which seems to confirm that Xiaomi India will release two smartphones, Which appear to be the re-branded version of Redmi 5 and 5 Plus which were released in China earlier.

Redmi 5 is a Snapdragon 450 powered smartphone with a 5.8 inch 18:9 screen and a 12MP rear camera while 5MP on the front. Although it not known if Xiaomi India will replace the processor, battery or camera module. The things which seem to be well confirmed is a 5.8-inch screen and 3300mAh battery

Both Redmi Note 5 and Redmi Note 5 Plus will support Fast Charging. However, Xiaomi will not bundle a Fast Charger in the box so you will have to purchase any third party quick charger for that. It will support Max output of 9V 2Amp, which should be able to charge the massive battery within 2 hours.

As for the software section, the new mobile phone would run the latest version of MIUI 9, although it is unknown if it will come with Android Oreo or Nougat. At the moment there are many speculations regarding the specifications of the new terminal of Xiaomi that will be revealed on February 14.

The screen protector itself doesn’t give any specs regarding the phone, although it gives a quite confirmed visual representation of how the upcoming Xiaomi Smartphones will look like.

Update: The Xiaomi Redmi Note 5 and Redmi Note 5 Plus Screen Protector listings seem to be removed from Flipkart. So the only source to see the image is above online.