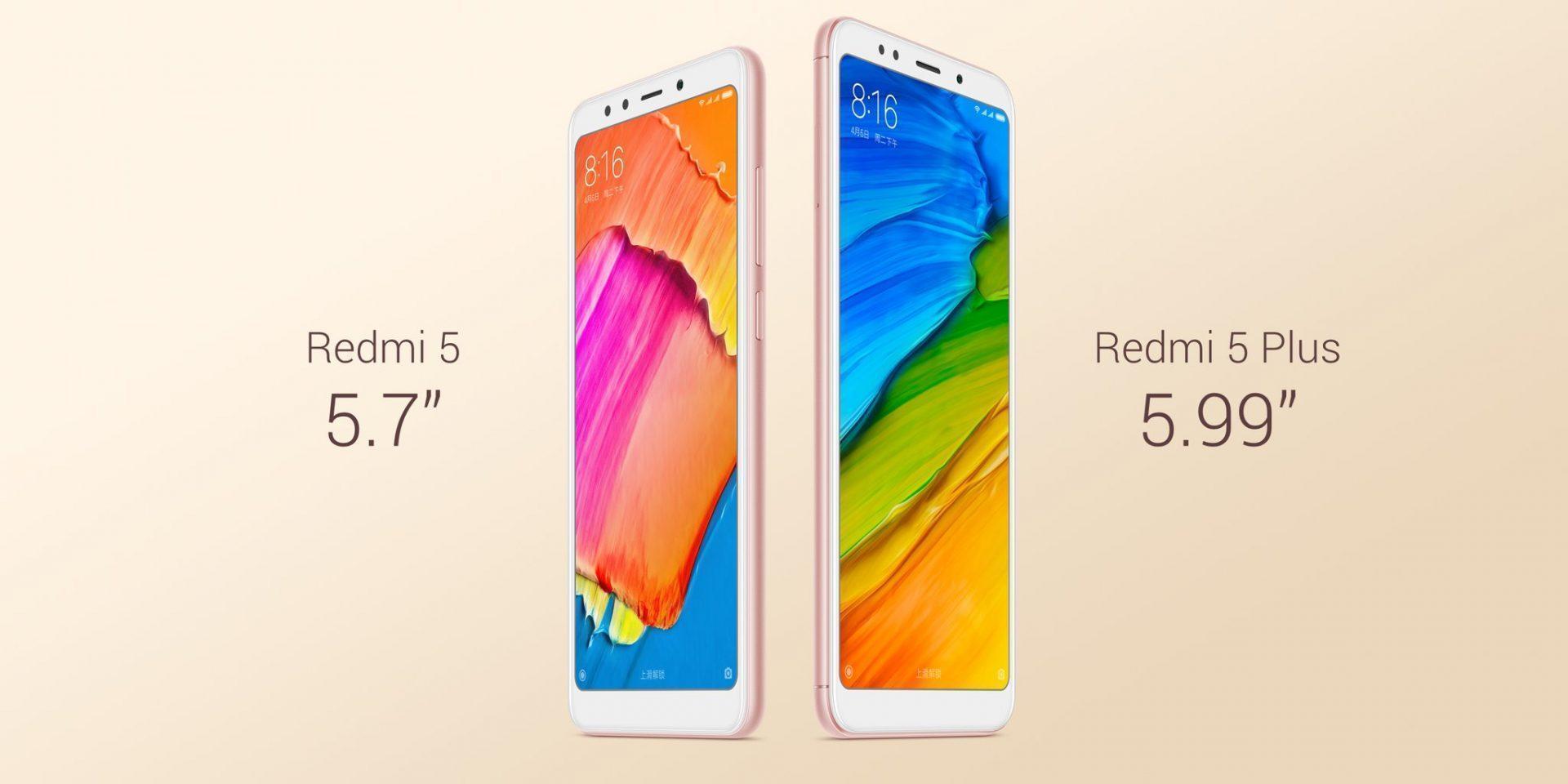 From a while, a lot of leaks and rumors were coming about the Redmi 5 and Redmi 5 Plus, but today Xiaomi has finally removed the curtains and presented its two new budget devices, they are non-other than the Xiaomi Redmi 5 and the Redmi 5 Plus. These devices are today announced at an event in China, and for now, they will be made available in China. So without wasting any further time let’s jump to their price and specifications.

Also, Check- List of Xiaomi smartphones that will get Android Oreo update.

It is a Dual-SIM smartphone and is among the few Xiaomi devices that houses an 18:9 ratio display, it has a 5.7(inch) HD+ Display with a resolution of 1440 x 720 pixels. The phone is powered by a Qualcomm Snapdragon 450(64 bit) Octa-Core processor clocked at 1.8Ghz coupled with optional 2GB/3GB of RAM. It comes in two ROM variants 16GB/32GB. In the Camera section it has a 12MP rear Camera with LED Flash, PDAF and in the front a 5MP snapper is present. The phone houses a 3300mAh battery which gives adequate battery backup. It also sports a Fingerprint Scanner in the rear.

The device will be made available in two ROM versions 32GB/64GB. In the Camera department it has a 12MP rear camera with LED Flash, PDAF and in the front a 5MP snapper is present. The phone houses a 4000mAh battery which is more significant than that of the Redmi 5’s 3300mAh battery. Fingerprint Scanner is present in the rear of the smartphone.