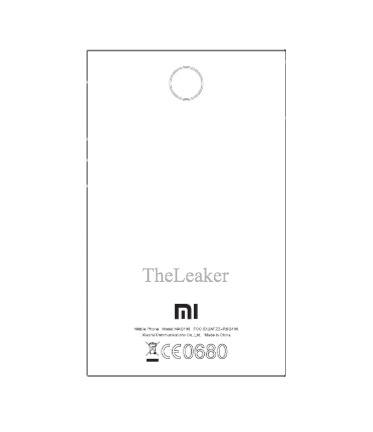 An unknown device (could be Redmi 5) has recently appeared on FCC from Xiaomi that has just passed their certification recently. The device doesn’t reveal many specs right now apart from a few ones.

These images just reveal only a few things. That being said, the phone will be coming with support Bluetooth v4.1. It’ll be running on MIUI 8 (and Xiaomi will be delaying the Nougat update still). It is being said that it’ll be available with a 4,000 mAh Li-ion battery out of the box. It’s also expected to come with normal earphones and Bluetooth earphones as well but we can’t guarantee about that yet completely.

The device will support EDGE, 3G HSPA+, and 4G LTE as well but we don’t know if it’ll support VoLTE or not since it’s an unknown device with no name yet. Other things reveal the AC adapter will be giving out the output as 2 A. We can also guarantee that it’ll be a mobile device only since it’s clearly mentioned over the image.

The device also reveals the IMEI codes along with the information. There’s an inclusion of car charger as well which hints us that the device might be a competitor to the OnePlus 3 or the 3T and we’re not sure about that also. It’s still in a prototype stage so if we find any more leaks, we’ll make sure that you won’t miss them.