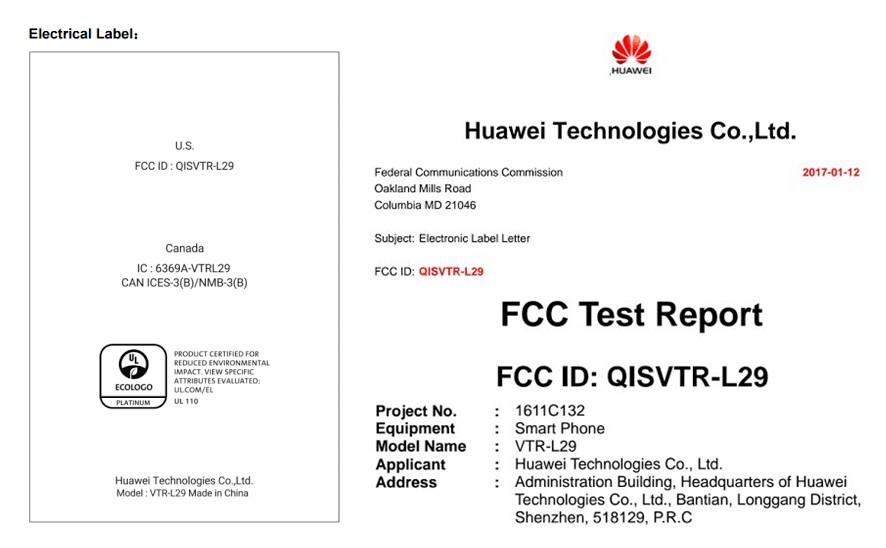 The Huawei P10 and Huawei P10 Plus are both supposed to be unveiled on February 26th at MWC in Barcelona. The P10 has been passed through the FCC. According to the documentation, the smartphone (Model- VTR-L29) is to go U.S. and Canada.

Most importantly the smartphone will be featured with OPPO’s VOOC fast charging technology. The same technology is also used by OnePlus in their OnePlus 3 and 3T smartphones. As you can see the inbox accessories also includes a 4.5amp 22.5W charger. 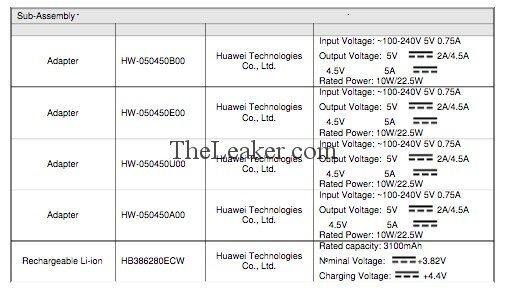 While the quick charge adapters usually feature 5v-12v output. The FCC says that a 3100mAh battery will be placed inside the Huawei P9, and the unit will have dual SIM support.
On the camera side, the phone will sport dual 12MP Leica cameras for premium class photography. While the front camera is rumored to be an 8MP F/2.2 camera. A fingerprint scanner on integrated into the home button. Android 7.0 Out of the box. According to a previous leak, the only difference between the P10 and the P10 Plus is that the P10 will come with a flat screen and the latter will offer a dual-edged display.