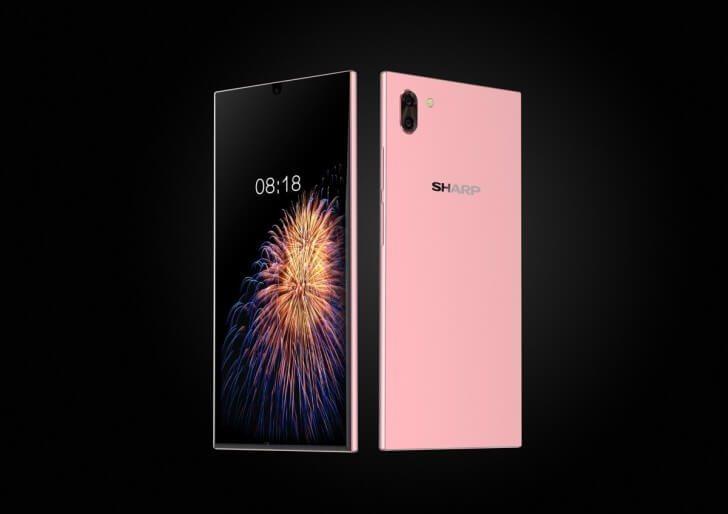 If we recall then, Sharp was the first company to come with a whole bezel-less concept. Xiaomi at a later part came with Mi Mix which made the whole world crazy about the screen. Now Sharp is ready to make a Bezel-less display supported smartphone public, and in mass production.

A new rumor from China is coming that Sharp is looking to take the bezel-less concept to a whole new level. Sharp is looking to launch two devices with model number FS8010 & FS8016, which are just twin brothers with a small change underbody regarding processor.

The FS8010 is powered by a Snapdragon 630 while the FS8016 is powered by Snapdragon 660, which was mad official just last month. Looking over to the specifications of the smartphone, the phone comes with a 5.5-inch of FHD display with a mind-boggling screen-to-body ratio of 91.3% which is higher than that of Mi Mix.

Talking about the other specifications of the handset the phone is offering a 12MP rear camera with the same dual Cam concept that Apple, Xiaomi, OnePlus, Huawei came up with. On the storage part, the phone is said to come up with at least of 64 Gigs of storage and with 6GB or 4GB of RAM options. The Sharps’ bezel-less device is also said to be running on the latest OS from Google.

The specifications are not purely rumors, but they are confirmed by AnTuTu benchmarks that were performed on the younger of the two, the FS8010. Benchmark claims the resolution to be 2,040×1,080 which might end up the phone having an unusual screen ratio.

The two Sharp devices are said to come official at the event scheduled to be held on July 17.