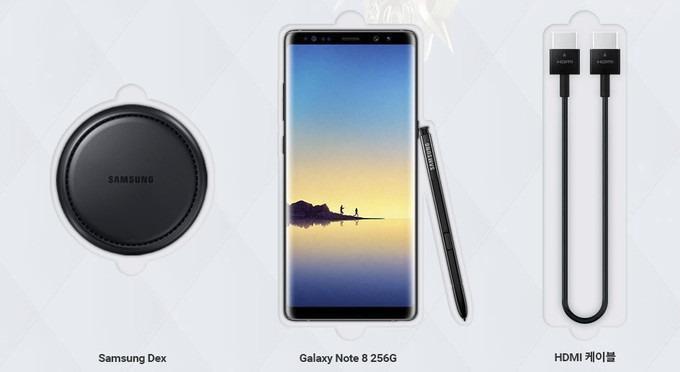 Samsung has released a special variant of the Galaxy Note 8, and it is known as the Galaxy Note 8 Lineage 2, in Asia Nope, this has nothing to do with the LineageOS whatsoever; it’s based on the popular MMORPG(massively multiplayer online role-playing game) Game Lineage 2. And it is a massive hit in many Asian countries and now the South-Korean Tech grant along with the Net Marble games? And carrier named as Sk-telecom has launched this variant of the Phablet device by Samsung.

So, what’s so unique about it, you might ask? Well, first of starting with the price it’s going to be priced at somewhere near $1200($1,190 to be precise) and will be limited to only 10,000 units. Other than that, for 1.2k bucks what you get is the Samsung’s Dex, which turns your Galaxy Note 8 into a somewhat desktop-like experience, all you need is a keyboard and mouse. Other than that, you also get an HDMI cable bundle with it.

Along with these two accessories, the hardcore gamers buying this bundle will also get some in-game valuable collectibles relics, which the players of lineage 2 knows better what to do with them. Wait, there’s more, the carrier will also throw in some more goodies such as a Nemonic printer and a battery set from allo. Interestingly, with some specific discounts and coupons, you will also be able to get a luxurious Alcantara case and a battery set.

The Galaxy Note 8 Lineage 2 Special edition will start arriving in stores from 16th November, so are you getting the special edition of the Note 8? It might appreciate in value in the Asian markets, where the Game and the Samsung brand is in pop culture.