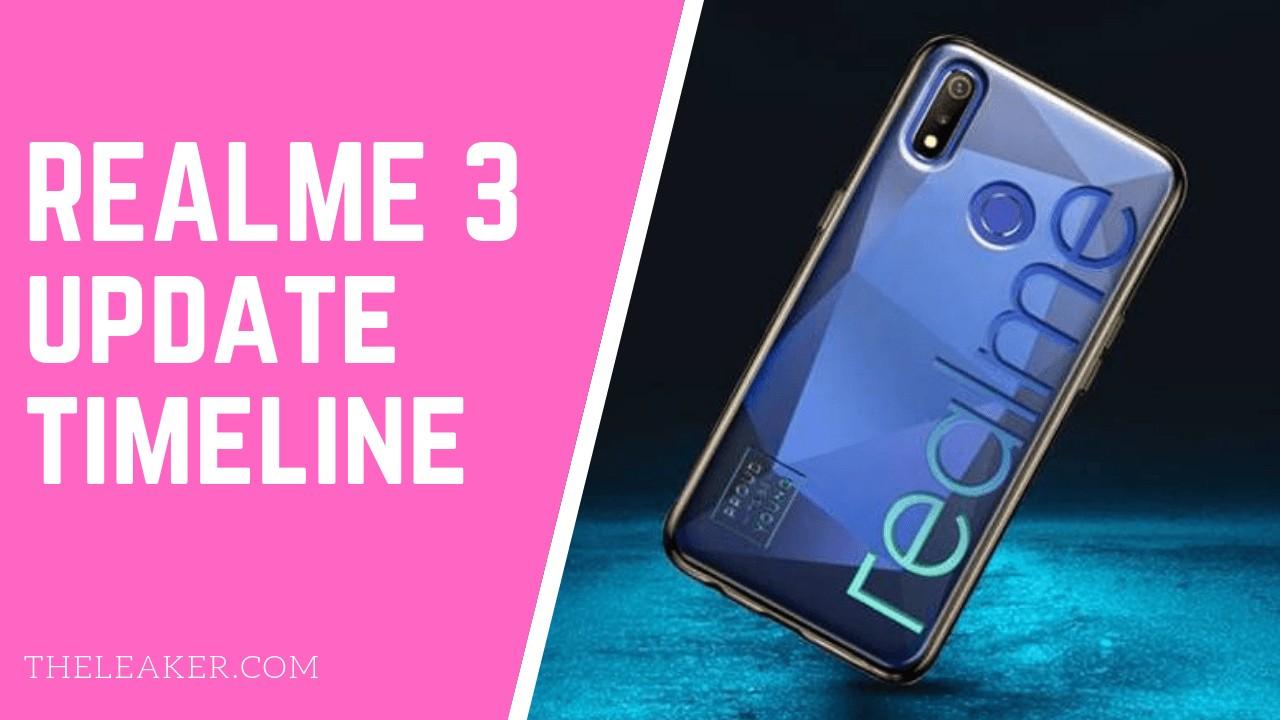 The Realme 3, The latest offering by Realme is an excellent smartphone, which is a compact size is loaded with a ton of features which one desires to have. The Realme 3 comes with some good cameras that can click good quality images while record high definition videos too. The battery backup of the Realme 3 is also suitable for daily use. The device comes with an exemplary configuration under the hood that can handle multitasking with ease. Overall, the Realme 3 a feature-packed smartphone.

13 August 2019: Realme has started to roll out a new update for the Realme 3 which comes with the updated version number RMX1821EX_11.A.20 and brings the new ColorOS 6.0, fixes some general bugs and improves system stability

29 May 2019: Realme 3 Software version RMX1821EX_11.A.16 Update brings theme store, magazine, and more. You can check the complete changelog of the update below. Also, to download the latest update go here.

19 March 2019: Realme has started to roll out a new update for the Realme 3, with version number RMX1821EX_11.A.13. The update brings improvements in touch sensations.

The Realme 3 hasn’t received any OTA update yet; we will update it as soon as realme announces it. So keep an eye on your website.