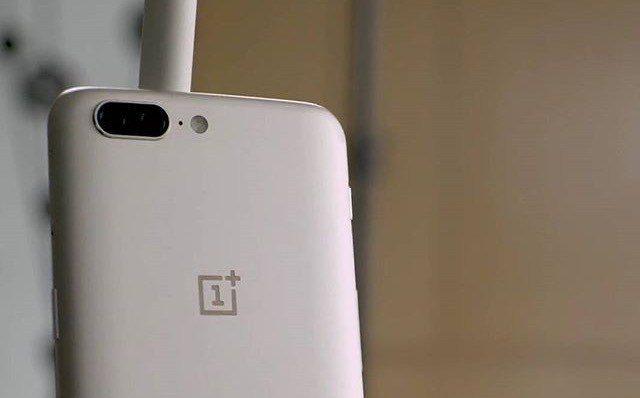 OnePlus has recently launched its OnePlus 5 in India, and undoubtedly it is the only flagship which is affordable. In some terms, it can easily slap the so called best smartphones like Samsung Galaxy S8 and the iPhone 7 Plus. But today we are not here to talk about it, as a new rocking news was teased by the company itself through their Weibo account, and they have posted an image let’s take a look at it.

As much as we can decode from this image, a new color of the OnePlus 5 is coming soon. The company has revealed nothing so there are some possibilities of a new variant with some differences but nothing is guaranteed as of now. The image only shows the two existing Black and Gray colors of the phone along with a partly visible sketch of the upcoming variant. According to us the upcoming color will be a Red color or may be Gold.

Let me recall you the specs of the phone, it runs on a top of the line Qualcomm Snapdragon 835(64 bit) Octa-Core processor along with 6GB/8GB of RAM and for Gaming, it houses an Adreno 540 GPU. The phone has a 5.5(inch) Full HD Optic AMOLED screen with a resolution of 1920 x 1080 pixels. For Camera part, it has a Dual-Camera setup in the rear with Dual-LED Flash, EIS and the recent update of Oxygen OS 4.5.7 bring the EIS support for 4K video as well which is a good news for the existing as well as for the new users, a 16MP camera is there in the front for capturing videos and images.

The phone runs on Android 7.1.1 Nougat and also has a Fingerprint Scanner in the front. For complete information, we have to wait for the official announcement but we believe that the price will remain the same for the new color version as well.

The OnePlus 5 dominates our list of best smartphones under Rs 40,000 in India and should be on your list if you are looking for a smartphone in this range.