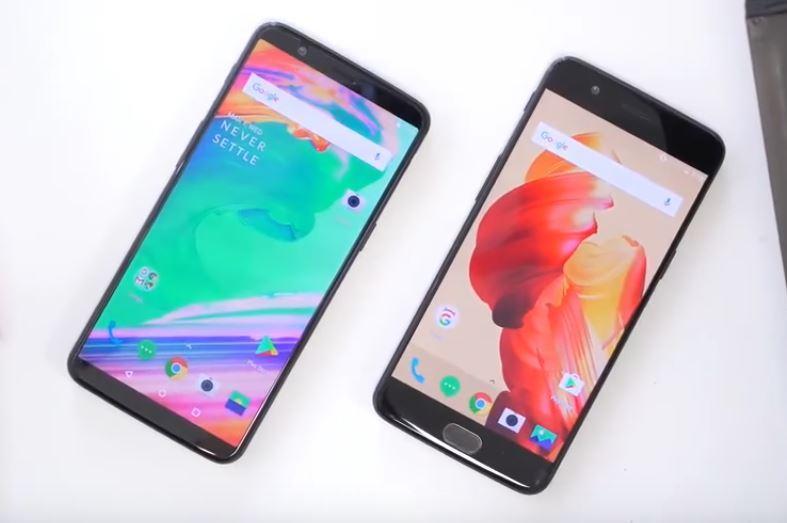 The OnePlus 5 and the 5T have been launched, and these are some amazing phones at fantastic price tags. OnePlus has worked really hard behind the device and while there are some bugs, OnePlus is trying to fix them via an OTA Update, and hence it is essential to keep a track record of these updates, and we are here keeping a track record of those. Make sure you bookmark this page to ensure that you don’t miss anything regarding the  OnePlus 5 and the 5T.

The OnePlus 5 comes with a 5.5-inch Optic AMOLED Display, while the OnePlus 5T comes with a larger 6.01-inch Optic AMOLED Display on the front, The OnePlus 5 and 5T pack in a powerful Qualcomm Snapdragon 835 Chipset which can handle any tasks with ease. Both the phones have a dual rear camera setup of 16MP + 20MP and a 16MP Front Selfie Shooter. The phones come with a standard 3,300mAH Battery and OnePlus’s Dash Charge technology as well. Both the phones run on OxygenOS and are now upgradeable to Android 9.0 Pie.

7 August 2019: The OnePlus 5T has started to receive a new update which comes with OxygenOS 9.0.8 and is based on Android 9.0 Pie, brings August 2019 Security Patch, updates the screenshot feature, optimizes Zen Mode aswell.

25 May 2019: OnePlus has announced that the OnePlus 5 and the 5T will be receiving the Android Q Update, but it has cautioned its users not to expect an ETA. Hence this shows that it may take some time.

15 May 2019: The OnePlus 5 and 5T has started to receive a new Open Beta 32 / Open Beta 30 Update which brings the May 2019 Security Patch, brings an accurate remaining time for data switch in OnePlus Switch App, and many more bugs have been fixed.

30 April 2019: OnePlus is rolling out the Open Beta 31 / Open Beta 29 for the OnePlus 5 and 5T, this update brings quick replies in many more instant messaging apps, fixes an issue where audio was paused in landscape mode and more.

The OnePlus 5 and the 5T have been promised 2 Years of Android Updates and 3 Years of Security Patches, and the time period is not yet over, so OnePlus has announced that the OnePlus 5 and the 5T will be receiving the Android Q Update, but it has told its users not to expect any ETA from the company. We will update this article as soon as there is any news regarding this.