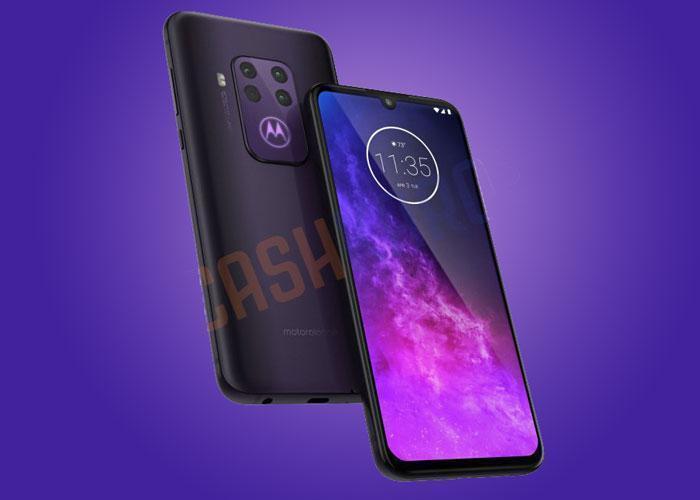 We can’t wait to get our hands on the upcoming Motorola One Vision. But while we were waiting for it, CashKaro just gave us a look at the unannounced Motorola One Pro. We all are quite familiar with the fact that the camera is the epicenter of the upcoming Motorola One Vision. It sports a 48MP Dual camera setup, and it looks like Motorola wants to take the game further with Motorola One Pro. As per the renders, One Pro will feature a Quad camera setup alignment typically inspired from Huawei Mate 20 Series. Unlike every other quad camera smartphone in the industry, One Pro doesn’t have its four cameras horizontally or vertically placed. The flash is out of the rectangular camera housing at the left of all the cameras.

Keep in mind that Motorola One series is focusing on smartphone imaging; hence, the quad camera setup at the back of the One Pro could carry serious camera capabilities. It can give a tough time to the industry-leading camera smartphones like Google Pixel 3, Huawei P30 Pro, Samsung Galaxy S10, and S10+ or the OnePlus 7 Pro.

We do see a 3.5mm headphone jack at the bottom of the device paired with a Type C port and a speaker grill. However, the device will carry a waterdrop notch style 6.2-inch display, and we can likely see an in display fingerprint scanner as there is no capacitive fingerprint scanner at the back of the device. There is no Android One branding, which is pretty unusual for Moto. According to the renders, Motorola One Pro will be coming in the three colors shown above.

Neither much is there known nor is confirmed, we also don’t know when to expect an official announcement, but we are seeking it to come out soon. Stay tuned to know more.