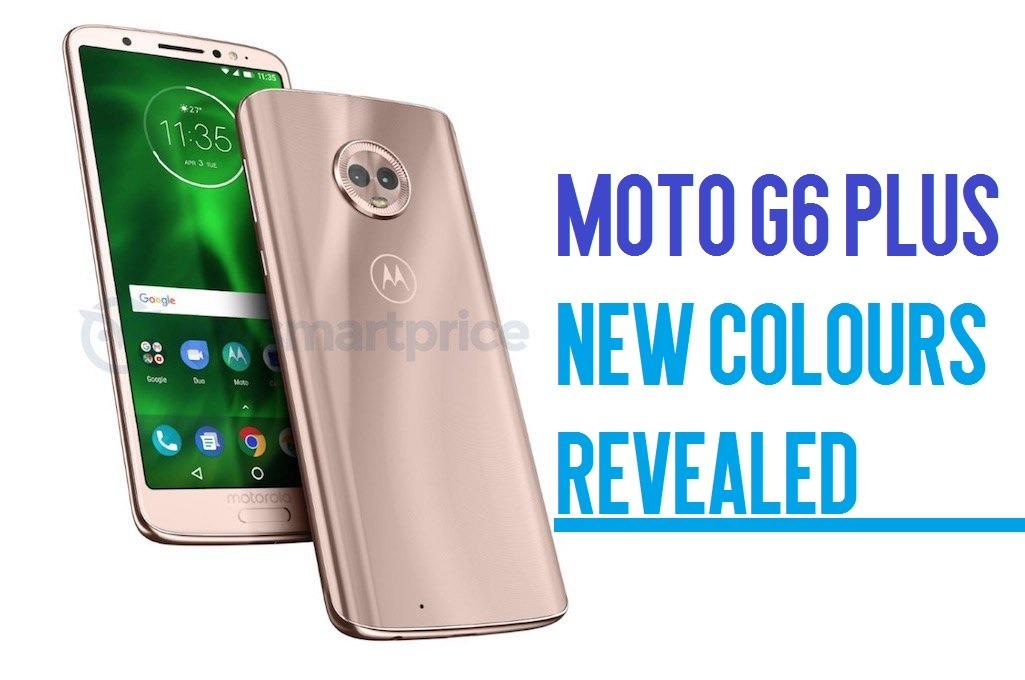 Motorola’s best budget seller the Moto G6 will be announced in the coming months and most details about the device except the camera, are already known. And as days pass by new leaks related to the device show-up revealing even more and now a new one has appeared which showcases the Moto G6 Plus in five different colors. Some of them are newly introduced on the G series for the first time.

As you can see in the images below, there are in total five colors starting from the left one which looks like a shiny silver Shade, next to it the soft Gold variant and right next to that we have a pearl white Moto G6 plus. We know these three standard variants, and next to them we have two new color options this time, and they look like a Dark Blue and a Cyan shade.

Also, the rear now seems to be made of glass just like the Moto X4 and is slightly curved on the edges. While the front is now dominated by an 18:9 aspect ratio 5.8-inch FULL-HD+ IPS LCD. Moreover, you now get the full Motorola branding on the front above the newly shaped fingerprint scanner.

The rear now has a camera module similar to the Moto X4, and a dual-shooter paired with a dual-tone LED Flash. Furthermore, the device will be powered a Snapdragon 630 or similar and an on the memory side a 4GB RAM variant is expected. Starting price is projected at around 14K ($220 US).