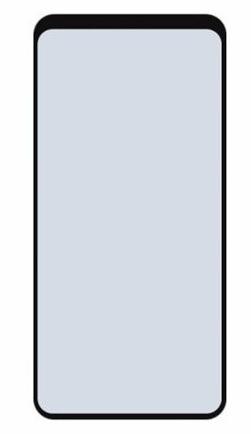 Meizu is gearing up to launch a yet another phone, the Chinese OEM had already launched its Meizu M6S but that was a budget offering, this one is quite serious as this uses the same SoC which powers the Samsung Galaxy S8. The Meizu M15 Plus is now leaked in all its glory, and the device follows all the latest trendy norms such as a Bezel-less display and a sleek design. Fortunately, this one doesn’t look like an iPhone X.

Interestingly, the Meizu M15 is a special device for the company as it marks the 15th anniversary of their technological excellence. Now coming towards the leaked images of the device, the front is dominated by an edge-to-edge 5.9-ish inch display.

But if you notice this one takes some similar design cues like the Xiaomi’s Mi Mix 2. However, on the Meizu M15 Plus, there’s no bottom edge and a bezel-free top edge like the Mi Mix 2, rather this one is inverse of the Mi Mix 2.

In the Meizu M15 Plus, the top bezel houses the earpiece, front camera and other arrays of sensors. Furthermore, on the rear, it packs a Dual-Camera setup, in a single traffic light like cluster, but it placed in the center, beneath which you get a circularly shaped fingerprint reader.  The power button is on one side while volume rockers are on the other end; on the bottom, you can see the speaker grills.

The Meizu M15 Plus is set to launch in March 2018 and will come at a base price of $562 the top of the line variant may want you to shell out a little more.