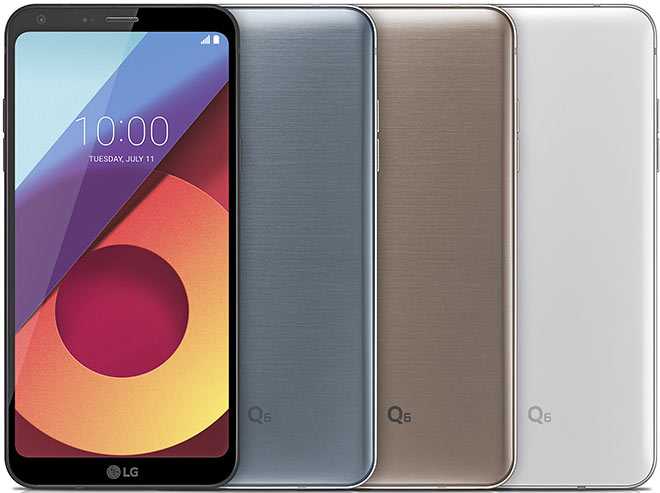 LG recently unveiled its LG Q6 smartphone for the Indian market which is retailing exclusively through Amazon India, the highlights of the device is its big screen with minimal bezels, compact design which probably makes it best looking smartphone handset under 14,990 INR. Outside India, LG  launched this smartphone with its 2 brothers LG Q6 Plus and the Q6 Alpha. Now some sources are claiming that LG may launch its Q6 Plus smartphone in India soon.

LG Q6 Plus is a Dual-SIM smartphone and comes with 4G connectivity. It houses a Qualcomm Snapdragon 435(64 bit) Octa-Core processor clocked at 1.4Ghz coupled with 4GB of RAM for, multitasking and an Adreno 505 GPU is there for Gaming. Here the difference between the LG Q6 and Q6 Plus is of RAM capacity. LG Q6 Plus offers 64GB of internal storage instead of 32GB found on the Q6 which is also an upgrade. The storage on the Q6 Plus is expandable.

It has a 5.5 inch Full HD Plus screen with a resolution of 2160 x 1080 pixels, the ratio here is different at 18:9. In the Camera section, Q6 Plus has a 13MP camera with LED Flash, AF and in the front, it has an 8MP camera with wide-angle lens. The phone runs on LG’s custom UI based on Android 7.1.1 Nougat. In the battery section, it has the same 3000mAh battery present in the Q6. The phone doesn’t sport a Fingerprint Scanner and it will be made available in India in the month of September for a price tag of 17,990 INR.

The phone will be made available in Black, Gray and Blue colors through Online portals, stay tuned for more Tech updates.