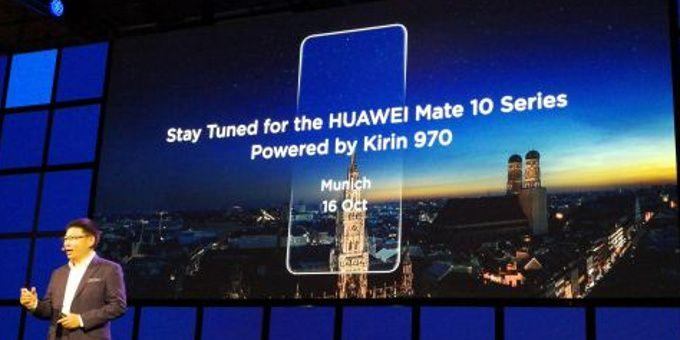 As per Huawei, this Kirin 970 Chip is 20% more powerful than the previous one, and it is developed by the 10nm architecture which enables it to deliver more power and at the same time reduces the battery consumption. As per them, the latest processor can process the image faster than before which will result in blur free pictures; the 970 processor supports Dual-Camera compatibility as expected because earlier leaks have revealed that Mate 10-Series will come with a Dual-Camera setup.

Kirin 970 has 4x A73 Cores and 4x A53 Cores, and for Gaming, its has a 12 Core GPU which will result in better Gaming performance. The phone also comes with an NPU(Neural Processing Unit) which will be dedicated for handling AI activities. Overall Huawei Mate-10 series will have enough power to take on the latest Galaxy Note 8, upcoming Pixel 2 and the iPhone 8, etc. The phones are expected to come with a Bezel-Less Screen about which we have already talked in our previous article. The upcoming iPhone will also come powered by an Apple’s 10nm A11 Chip, so it is going to be a tough competition for the Mate 10-Series.