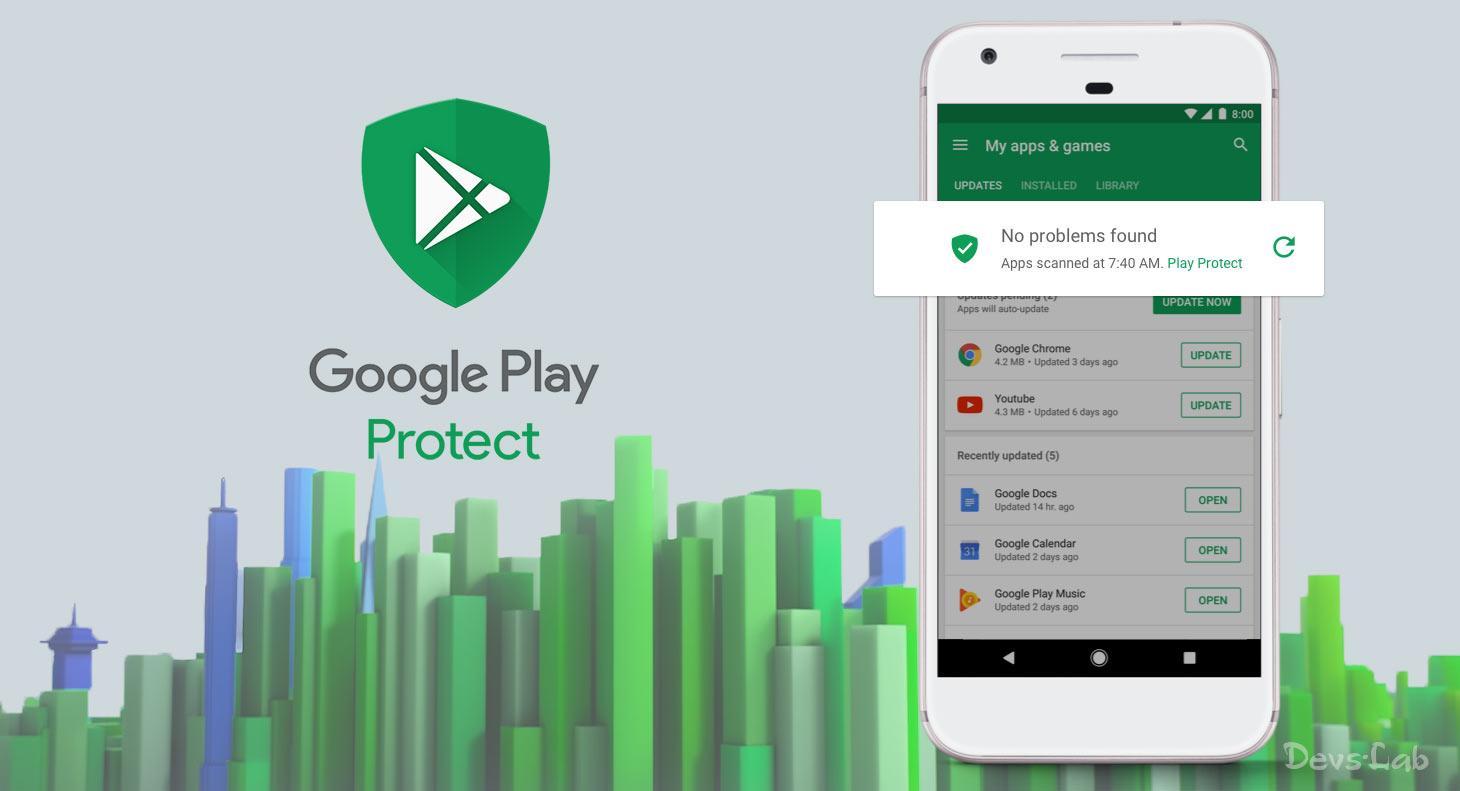 Android is regularly targeted by several tech freaks for its security vulnerabilities and loopholes, yet its open source nature outweighs its shortcoming exponentially.Google Play Protect is a real-time anti-malware program which scans installed and about to be installed apps and notifies if any of the apps appears to be malware. The option to toggle play protect can be accessed from the side menu of Play Store, revealed by right swiping in the Play Store app. Google Play Protect works for apps downloaded from play store but won’t scan apps stored on third-party stores. Nevertheless, it will still notify you while the installation is in progress, in case the app appears suspicious.

Thankfully, Play Protect doesn’t lock down unknown installation sources. Unlike Apple, Google allows installation of apps in the form of apk files downloaded from the internet. Apple has blocked all unknown app installations and allows only app installations from App Store. Maybe shortly, Google cracks down on non-Play Store installation to provide a safer and more secure environment. On the other hand, chances of it happening are just a sliver, as it is one of the pros of the Android system and is loved by developers and consumers worldwide. It should also be noted that Play Protect doesn’t interfere with sideloading of apps via ADB.

This step of Google is scrutinized from both positive and negative angles; some privacy experts are concerned that Google might be keeping track of the apps being installed by a user. Google might be collecting information regarding app installation habits of individuals to sell/use in advertisement market.

After facing criticism over security concerns, this step of Google is welcomed warm-heartedly but whether it proves to be a milestone or not, is yet to be seen.