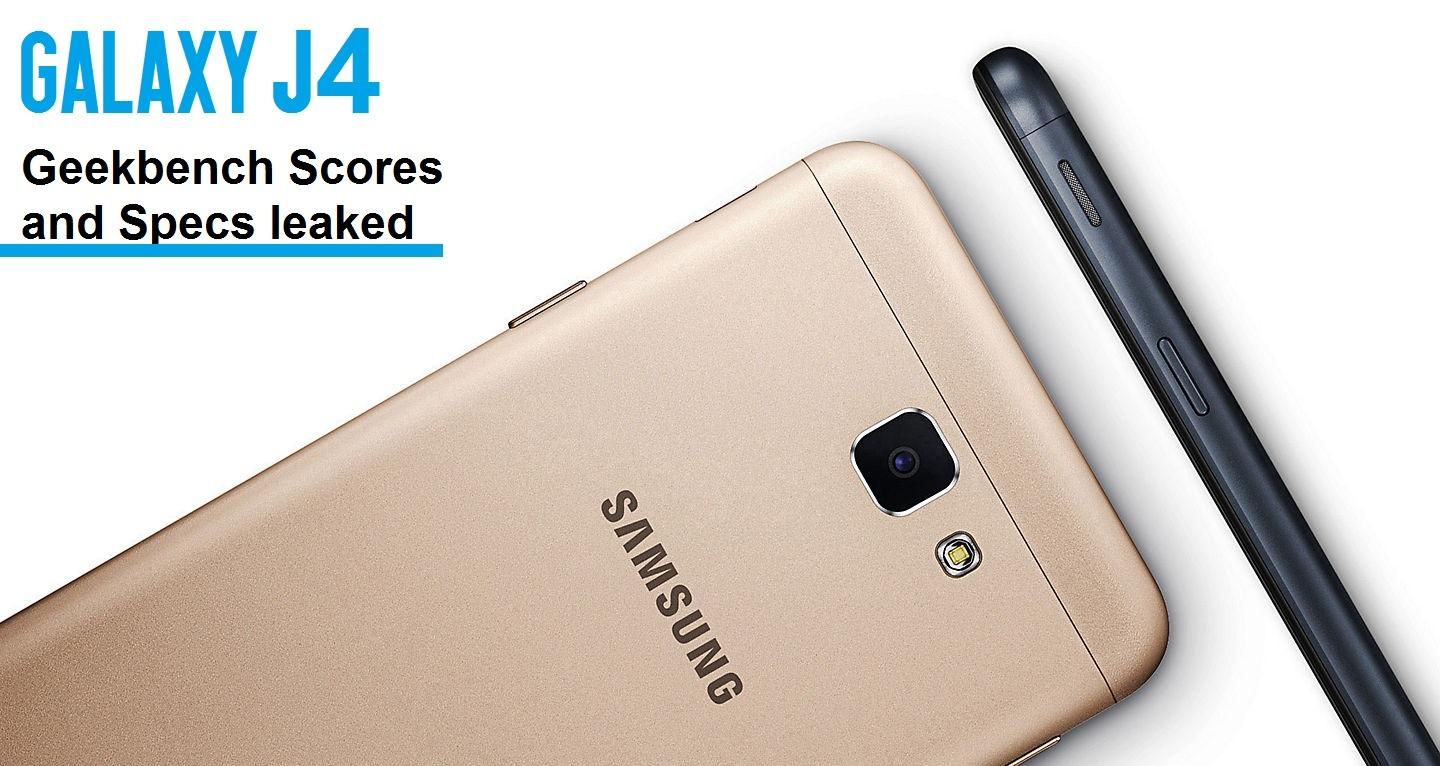 As we reported earlier about new Samsung devices joining the Galaxy J and C series this year. More details surface on Geekbench is confirming the credibility of the leaks we have seen earlier on the devices from the J series mainly. As new Geekbench listings reveal the specs of a device which happens to be the rumored ,Galaxy J4, which will sit above the J3 and below the J5.

The model number carried by the device is SM-J400F, and it scores a single score of 638 which is decent for an entry-level budget device, while the multi-core rating is 1813, which is acceptable for an affordable smartphone meant to sell under $200. On the specs side, the Galaxy J4 gets 2GB RAM, and should also come with 16GB of internal storage with room for expansion via micro sd-card. 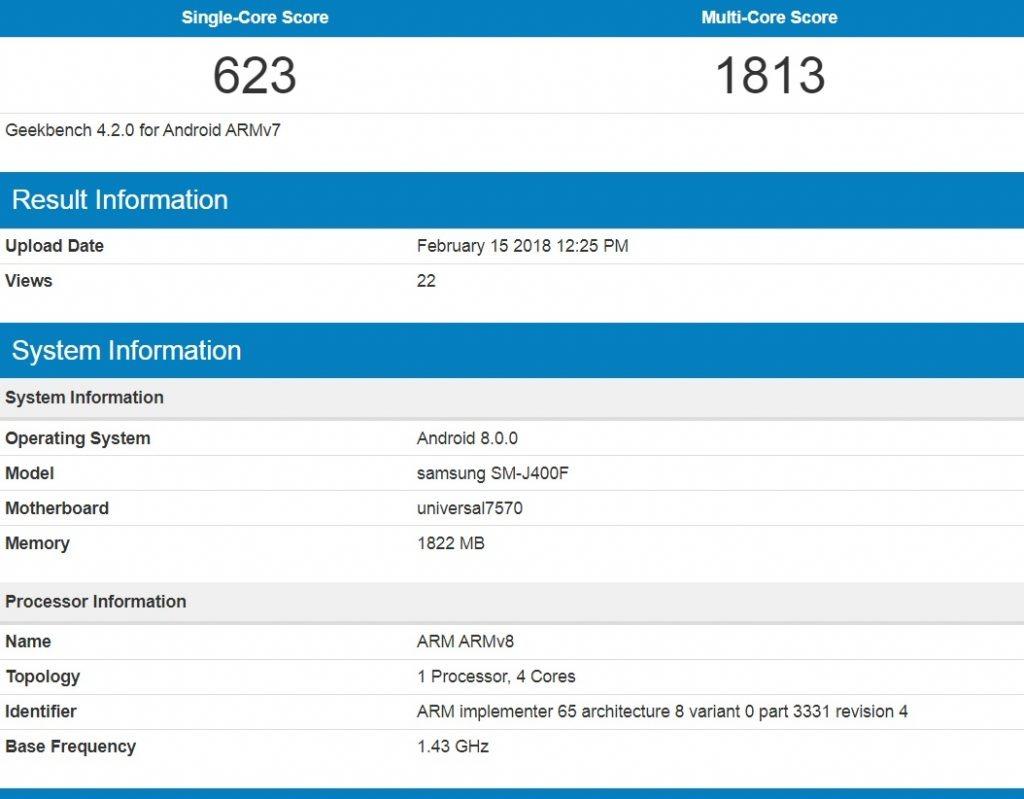 Powering the device is a Quad-Core processor of unknown make, could be an entry level Exynos chip, clocked at 1.4GHz (1.43 to be precise). Interestingly, the device runs on Android Oreo 8.0 which is impressive given that Samsung’s entry-level device is now coming with Android Oreo, while Xiaomi’s budget hero the Redmi Note 5/Redmi Note 5 Pro still ships with Android Nougat 7.1.x.

Apart from that, there’s no information about the camera and battery life, but these two areas should closely resemble that of the Galaxy J5. Samsung is expected to launch the new Galaxy J4 somewhere around mid-Q2 2018 and will make its way first in the Asian countries were the budget segment might intensify with the launch of the Galaxy J4.