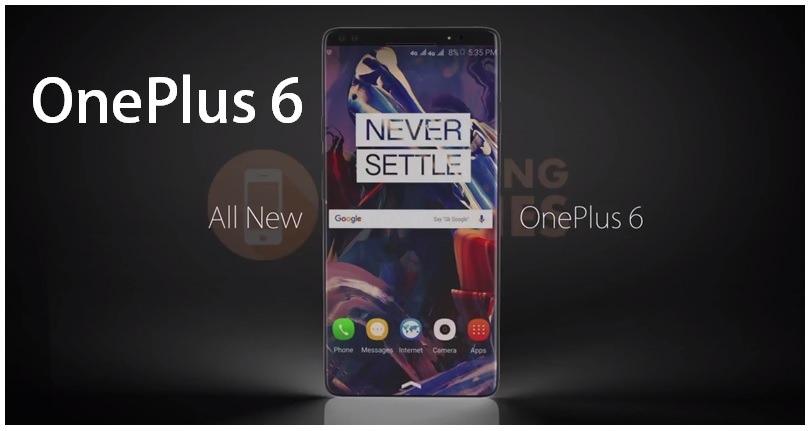 OnePlus is an enthusiast’s brand, and the company is mainly known for its flagship killer devices, which offer the highest price to performance ratio in the industry. The Chinese OEM always strives to provide the best possible specs for a very affordable price, but are these specs flagships killer, well for the price segment it is, but in reality, it always lacks on Camera side as well as when it comes to brand value.
The company is now in its 4th monotony of devices, with the release of OnePlus 5 and this year, along with its upgraded variant called the OnePlus 5T, which is a mid-year refresh made keeping in mind the latest trends in the tech world.

Both of them are brilliant devices for they offer and are unbeatable at the prices they come. And now the year has come to an end, and we are already learning about the upcoming successor to the OnePlus 5 series, that’s the OnePlus 6, and in this post, we will talk about all the possible upgrades that OnePlus should make and consider for the next gen OnePlus flagship.

Design: Clone or Own, Definitely not a clone

Starting with the design, this is also one area, where OnePlus falls short, and with the OnePlus 3 and the 3T, it felt like this brand has its own identity, but then came the OnePlus 5. And it looks like an iPhone Clone, and many could easily mistake it as an Apple device in the first Glance. The design of the OnePlus 5 is borrowed from the OnePlus’s sister company Oppo, who is also using the same design for its OPPO R11s.

Now with the OnePlus 6, everyone is hoping, that OnePlus would steer away from cloning other devices and establish a unique identity of its own. However, according to the leaks emerging online, a render which is alleged claim to be the rear view of the OnePlus 6, looks very similar to the iPhone X.

New leaks suggest that surely we will have a display notch and as per this new leaked images you can also see there’s a bottom bezel but it is still less pronounced, say of compared to an Asus Zenfone 5.

Moreover, the OnePlus 6 might look like other devices, but it doesn’t miss on the Premium feeling of the entire device, and its build is right up there with the top dogs. And, we hope they don’t kill the headphone jack. Other possibilities include Face unlocking, and the company is doing that pretty accurately on the OnePlus 5T, so a more advanced hardware-based faceID competitor could be in the makes.

Now for the display and specs is concerned, OnePlus will use an AMOLED Panel for sure, and this time it is expected that the company will switch to Quad-HD after 4 years of 1080p res legacy. Other than that an 18:9 aspect ratio will also make it to the 6th iteration, just like the 5T. Another upgrade we could see is a Curved edged display like the Samsung Galaxy S8.

Moving further, speaking about RAW specs under the hood and you know it already what will be powering the OnePlus 6, next year! Yes, it is the Snapdragon 845 chip, paired with either 6GB or 8GB of RAM. If you think 12GB should be the new benchmark, then well you’re truly insane, get a PC instead. Furthermore, with Samsung now starting the production of the 512GB flash memory, OnePlus might offer it as the new top of the line storage option, if they again want to skimp on the SD-card slot. 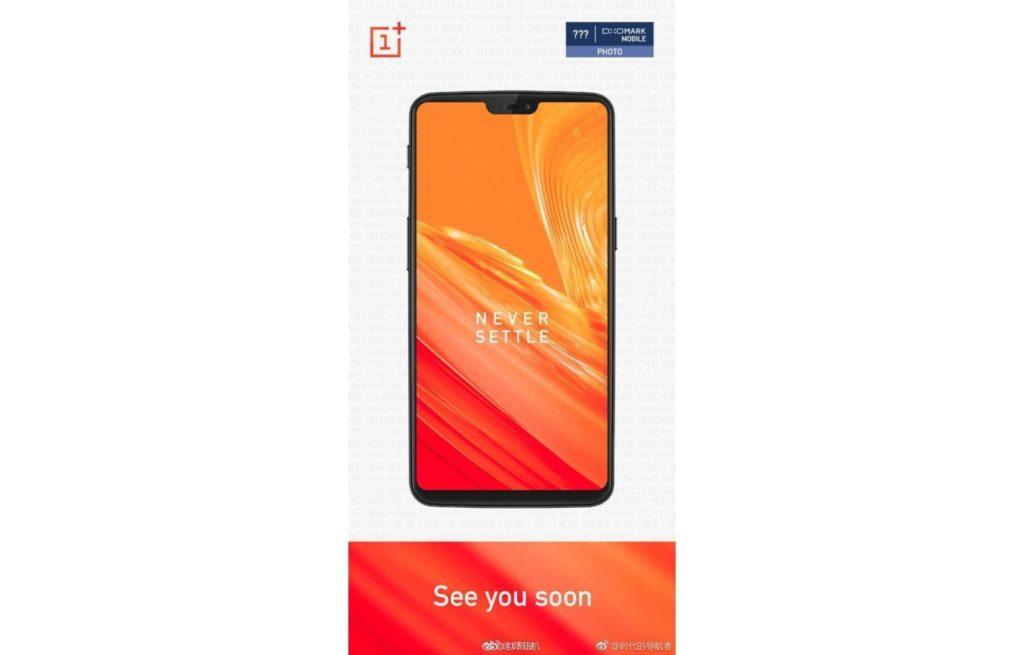 The camera’s on the OnePlus 6 has to improve as the top dogs are now reaching new heights, OnePlus is still kind of just above average. Yes, a Dual-Camera is in plans, with a design similar to the traffic lights of the iPhone X and probably a tri or quad LED Flash. The Snapdragon 845 is capable of 4K at 60FPS, and we believe OnePlus should unlock it from the day one.

Full-Fledged manual control similar to LG is highly welcomed, along with both or at least the primary sensor to feature a mix of OIS and EIS. Besides this, OnePlus should also consider coating its lens with anti-reflection lens coating to remove glare. Along with this, for the selfie snapper, well OnePlus has Oppo and Vivo to consult on this case. Who know’s selfie better other than its own two sister companies, who have a firm grasp when it comes to Selfie game.

On the software side of things, OnePlus 6 will run on OxygenOS 6.0; a custom forked version of Android will take care of things, with the tons of customization, but still giving that vanilla stock android feel. However, the omission of Project Trebel is the companies choice, but let’s see how it affects the future updates to Android P, as it might bring some new framework? At there are no complaints on the software as well as the software updates side of things. 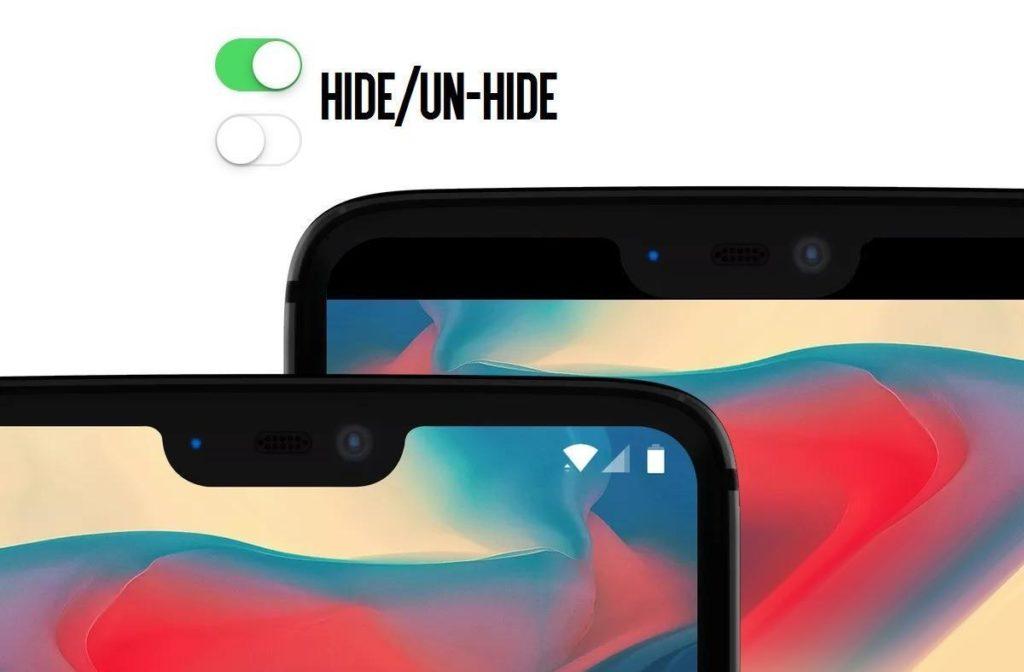 OnePlus will include an inbuilt software that will help you in getting rid of the front notch, and this will not let it get in your way while watching videos or surfing the web.

As I mentioned earlier, the inclusion of fully fledge manual controls is a nice addition, and with Google’s AR-core taking off. OnePlus should also try to append some AR functions, with the camera in the OnePlus 6.

Battery tech for smartphones aren’t bringing anything new other than charging it as quickly as possible, and now with OnePlus leading the pack in the charging tech with its ultra-fast Dash Charging solution. So, we could just see a slight bump in the battery capacity, and more improvements will be seen on the fast charging technology and keeping the device cool while doing so.

The days of removable batteries are no-more so hot swapping a pack, remains as a desired feature along with the unibody looks and protection. However, Wireless charging could be seen, even if it goes all metal, as Qualcomm has a tech that solves this issue.

Another controversial part of the Upcoming OnePlus 6 is the pricing which is said to see some hike, this year. Which could instantly make the device less appealing, if it’s priced anywhere near the tier 1 brands. Moreover, a new leak came out recently stating the pricing details for OnePlus 6 Indian variants. As per this leaked image, it mentions three variants of the device.

Well, that pricing is not budget friendly and pushes in the Galaxy S9 and iPhone 8 territory, which is not what OnePlus is all about. The Pricing for the base variant is acceptable but the Premium model won’t be a huge hit if it sells anywhere near that price. However, it’s still unclear whether these leaked details about the pricing is credible or not. So, don’t panic this is not the final pricing but just a regular leak, which is a norm in this early pre-launch days. Such details should be taken with a grain of salt.

Now comes the real part, that makes or breaks the deal for OnePlus and it is what that makes OnePlus devices so appealing. Pricing from the past two years has been on the rise, but can still be called as Affordable. The OnePlus 6 is expected to start from $549 for the base variant that gives you the 64GB/6GB with a 1080p resolution display configuration.

While the top of the line variant should easily touch or pass $600 and above. That’s the 256GB/8GB with a Quad-HD panel option, $649? These prices are still tempting and far from the $1000, posh gimmicks, from some other OEMs.