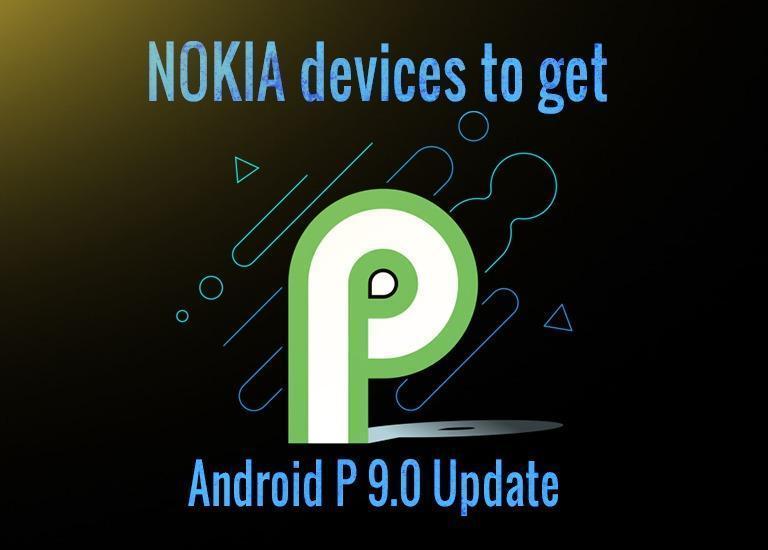 Nokia rose from ashes after being Microsoft’s slave for years, and now the Finnish giant led by HMD is back to the game with a whole new range of devices catered to every price segment. Moreover, the company has recently launched a new phone for the Android Go edition, which is Google’s new effort to grab the market revenue from the buyers of next Billion people buying smartphones under $100 to $150.

Nokia now has the Nokia 1 Android Go edition device with basic specs all the way to the Nokia 8 Sirocco with the top of the line specs and build. In this post, we’ll take a look at which devices the Finnish giant might update to the latest flavor of Android P 9.0.

The recently launched Nokia 6.1 Plus and the upcoming Nokia 5.1 Plus will be getting the Android Pie update for sure.

Speaking of Android Pie 9.0, let’s take a look at what are the new features which it brings to the table and see if this is a major update or just a design revamp?

List of Nokia devices to get Android Pie 9.0 Update

Almost all Nokia devices will be updated to Android Pie 9.0, and the thing that makes it possible is the use of Stock Android on all its phones. Now let’s take a look at when Android Pie 9.0 might arrive for these devices.

Update: Nokia 6.1 Plus is now getting the Android 9 Pie update.

Update: Nokia 8 and Nokia 8 Sirocco edition is now getting the Android 9 Pie update.

Both are flagship devices from the Finnish giant and are eligible for the Android Pie 9.0 upgrade. Both are running on Android Oreo 8.xx. and due to the Stock Android advantage we expect the Android Pie Beta, that’s Nokia beta lab’s will roll it out somewhere around by the end of Q2 to early Q3 2018. For both the devices, however, the update won’t land at the same time for the duo.

Update: Nokia 7.1 and Nokia 7 Plus is now getting the Android 9 Pie update.

Nokia’s popular budget phone always gets two major updates for the standard two-year update cycle, and now the Nokia 6 2018 is eligible for the Pie update as well as the Nokia 6 2018 and so is the Nokia 7 Plus; and this will be the device’s last update, completing the two-year update cycle. The update is expected just after the flagship devices get their share of Android Pie 9.0. Update expected by the end of 2018 to anywhere around Q1 2019.

These are the entry level to the mid-range arm of Nokia battling the likes of the Moto G and Xiaomi Redmi Note 5. And despite being in that entry-level budget range, Nokia is keen on updating these devices. However, there’s no official word on this, but the company always plans to provide at least a 2-year update cycle for all its devices, and the update shall start rolling out in Q1 2019 to Q2 2019.

As being part of the Android Go edition program, this entry-level $90 device will surely get the Go edition of Android Pie 9.0. Along with that, it is also eligible for the next version of Android after Pie. Update expected by the end of Q1 to Q2 2019.

7) Support for Multiple Camera API (No matter how many cameras you have Android Pie’s multi-camera API gives you access to it.

So, that’s quite a generous list, and thus we can say that this is a major upgrade and better implementation of the features that debuted with Android Oreo 8.1.

With that said, you’re covered on all segments when you buy a Nokia device. So, no need to worry about the Pie 9.0 update, almost all devices are eligible but let’s wait for the official word as Android Pie 9.0 officially debuts in the coming months.