As we know Motorola has given us Spectacular devices and the next is Motorola Moto 360 3 or Moto 360 2017 edition. It’s a successor to Moto 360 2nd Gen, an Android smartwatch. Moto 360 was the first Smartwatch launched by Motorola in 2014. It was one of the best-selling smartwatches until now. However, Motorola also launched an upgraded version of the watch called Moto 360 2nd gen or Moto 360 2015 edition.

Deal Alert: Moto 360 Sports is on sale on Amazon. You can buy it for just $103 for a limited time. Also, read the best upcoming smartwatch edition.

You can buy Moto 360 2nd Gen smartwatch in Just INR9999 in India on Flipkart.

The launch date is still so far, but you can buy Moto 360 2nd Gen and Moto 360 Sports edition at meager prices. Check out the cheapest Moto 360 smartwatches deals here. For the United States, Moto 360 deals here.

However, the market is crowded, and other tech giants, including Samsung, Huawei, LG, and Apple have launched their Smartwatches too. The current generation of smartwatches has better specifications and features than Moto 360, and Motorola wants to fill the gap.

That’s why they are planning to launch a new smartwatch called Moto 360 3rd gen or Moto 360 2017 edition. The only reason behind the delay of Moto 360 3rd gen launch is Android Wear 2.0 launch delay.

As you know, some OEM’s are offering a lot of things in their smartwatches, Which attracts people to buy the product. So you can expect feature packed smartwatch from Motorola this time.

There is No official release date has been revealed by Moto yet. However, it may sport a 1.40″ inch screen which might be at 420×360 pixels. The display protection Might come with Corning Gorilla Glass 4, which is advanced more than its previous version. It may consist of 1GB of DDR3 RAM and 4GB of ROM, which is enough for Android Wear. And It Might have a chipset of Qualcomm Snapdragon Wear 2100.

There is also a rumor that says the next Moto 360 smartwatch may come with 3G and LTE capabilities which mean that the smartwatch will be able to make phone calls without smartphone support.

The chipset consumes 25% less power and has some advanced features like low energy profile of tethered Bluetooth and wifi. As usual, Possibly it won’t have a Camera. 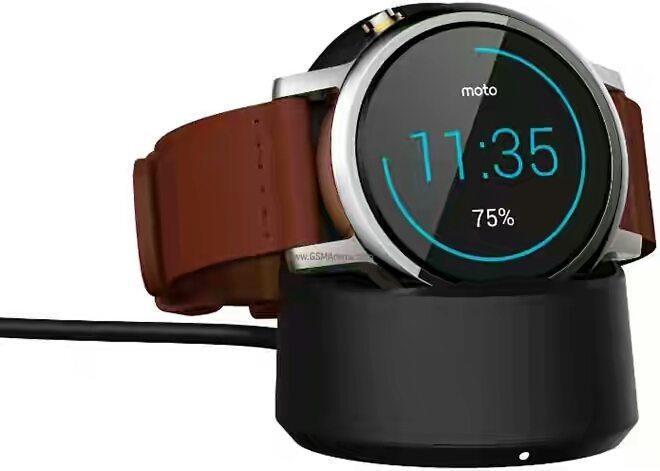 Talking about its sensors, We’ve got Accelerometer, gyro, and a Precise heart rate monitoring, thermometer, and other Sensors. The battery might be of 630 mAh this time, which is good for a smartwatch. It will last for 60 hours on mixed usage. And there will be wireless charging for this. So these are the most likely features of Moto 360 2017 edition. And apparently, these features look promising for a Smartwatch. 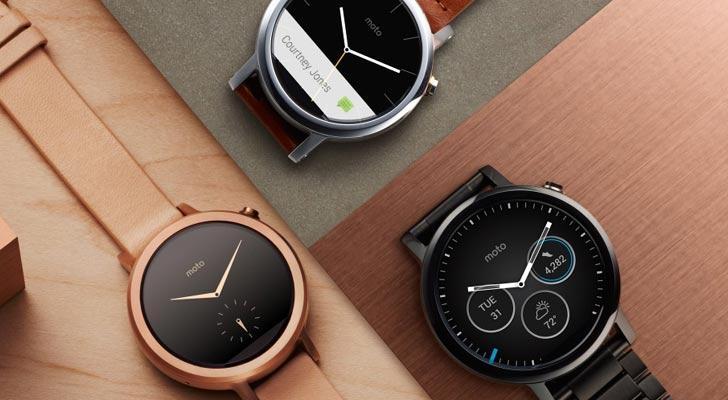 There are high chances that this might come in Gold, Black Leather, Black Metal, Rose Gold/Blush Leather, Silver/Cognac Leather colors. However, these colors look beautiful premium On a Watch. The Watch totally will be on Stainless Steel, which will add the premium feeling and durability. Look and feel is the last thing to worry about the Moto 360 3 smartwatch.

Most likely, the price of Moto 360 3(2017) will be around $379 in the United States or INR21999 in India, because of the heavy hardware and Display. But, as told earlier The release date is not confirmed yet, but you can assume the release will be in the First week of March 2017 or most likely 6 March 2017.

Update: Lenovo ditched the plan to launch Moto 360 3rd Gen currently but the CEO said that they might consider starting a new watch in future.

If you need a Smartwatch for daily usage under a budget of 380$-400$, Moto 360 3 is the one for you. It will be a good buy. Cause the Moto never fails to satisfy. It will also have the Qualcomm Snapdragon Wear 2100, which is a feature-rich SOC. It consumes less power and also gives the ability of LTE.