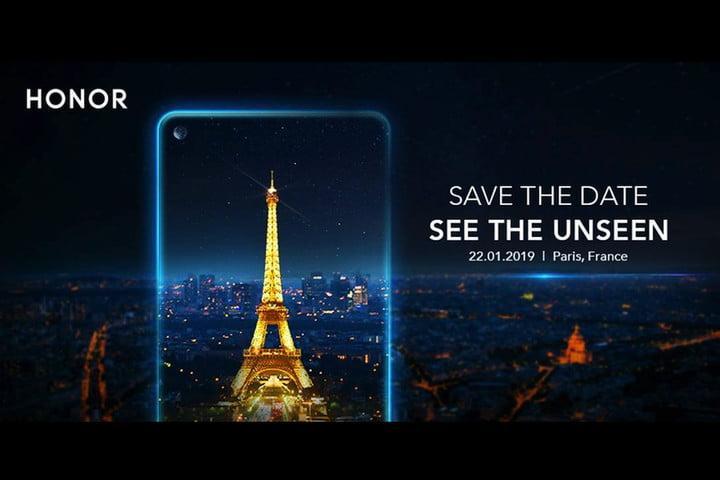 Earlier this year the South Korean website ETNews reported Honor’s parent company Huawei had developed a smartphone display with a small hole for the camera lens.

Honor teased a smartphone announcement set for the end of January 2019, where the image shows a phone with a small screen cutout offset to the left. This phone is almost certainly the Honor View 20. And now the smartphone has passed the TENNA certification. According to the listing, the Honor View 20 will feature a 3 rear camera setup similar to the recently launched Huawei Mate 20 series phones. However, the camera specs are slightly different; the Tri-lens setup houses 20MP + 16MP + 2MP sensors, on the front side there is a 25MP selfie shooter with a 6.4-inch FHD+ (2310 x 1080) TFT display.

We can also see a rear-mounted fingerprint sensor which means there will be no in-display fingerprint reader. As expected the smartphone is powered by Kirin 980 7nm SOC with 6/8GB of LPDDR4X RAM. There is a 3650mAh battery to fuel the smartphone; it is also rumored that the phone will be bundled with Huawei’s 40W SuperCharge technology.