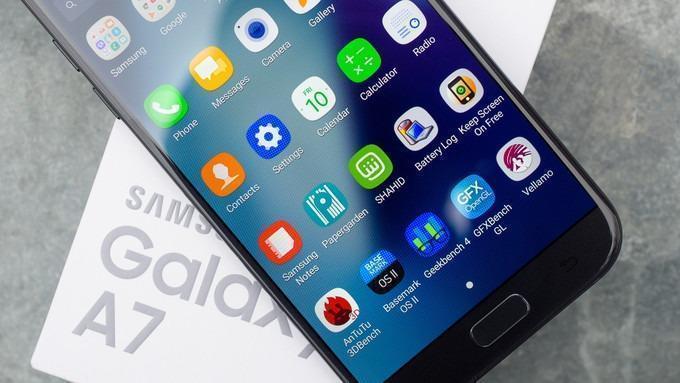 A new update is rolling out for the mid-range Samsung Galaxy A7 2017 and as well as the entry-level Galaxy A3 2016, the update is a security update, which we suspect is the latest October security patch update. However, there’s also said to be a patch for the nasty BlueBorne exploit, which is a very critical vulnerability and allows the intruder to get access to your phone, if you’re within the attackers Bluetooth range. The firmware version for the Galaxy A7 2017 comes with A720FXXU2BQJ1 and for the A3 2016, the firmware release is A310FXXU3CQI9.

The vulnerability was first discovered by team Armis, who also happens to have a way to verify whether you’re safe from it or not. To check for the same Download this app which will let you know about it. And do it before installing these updates and check the result and also when you’re done installing the update, check again, if it says protected or safe, then this update includes the September or higher security patch, probably the October one.

Along with these, security patches, you also receive some bug fixes and stability enhancements. Moreover, if you were waiting for the Android 0reo Update then if you’re on a Galaxy A3 2016 then just forget about it, it’s sadly not going to happen.

However, the Galaxy A7 2017 has a slightly higher chance of getting it compared to the A7 2016 variant. Samsung is currently running the Oreo beta program for its Galaxy S8/S8 plus in the US, EU, and its home country and soon it will expand to other countries as well.

Apart from that, the final build will come in 2018 as per confirmed by Samsung Turkey a few weeks ago, then we should start expecting Samsung to get Android Oreo 8.0 for its mid-range devices and that will happen somewhere in May or July of 2018. So, its a long journey for the Galaxy A7 2017 to get Android Oreo.

Meanwhile, Google has already pushed the developer preview of Android Oreo 8.1 for its Pixel and Nexus devices, so Oreo 8.0 isn’t the latest version of Android anymore.

Also, Check. List of Samsung devices which will get Android Oreo update.