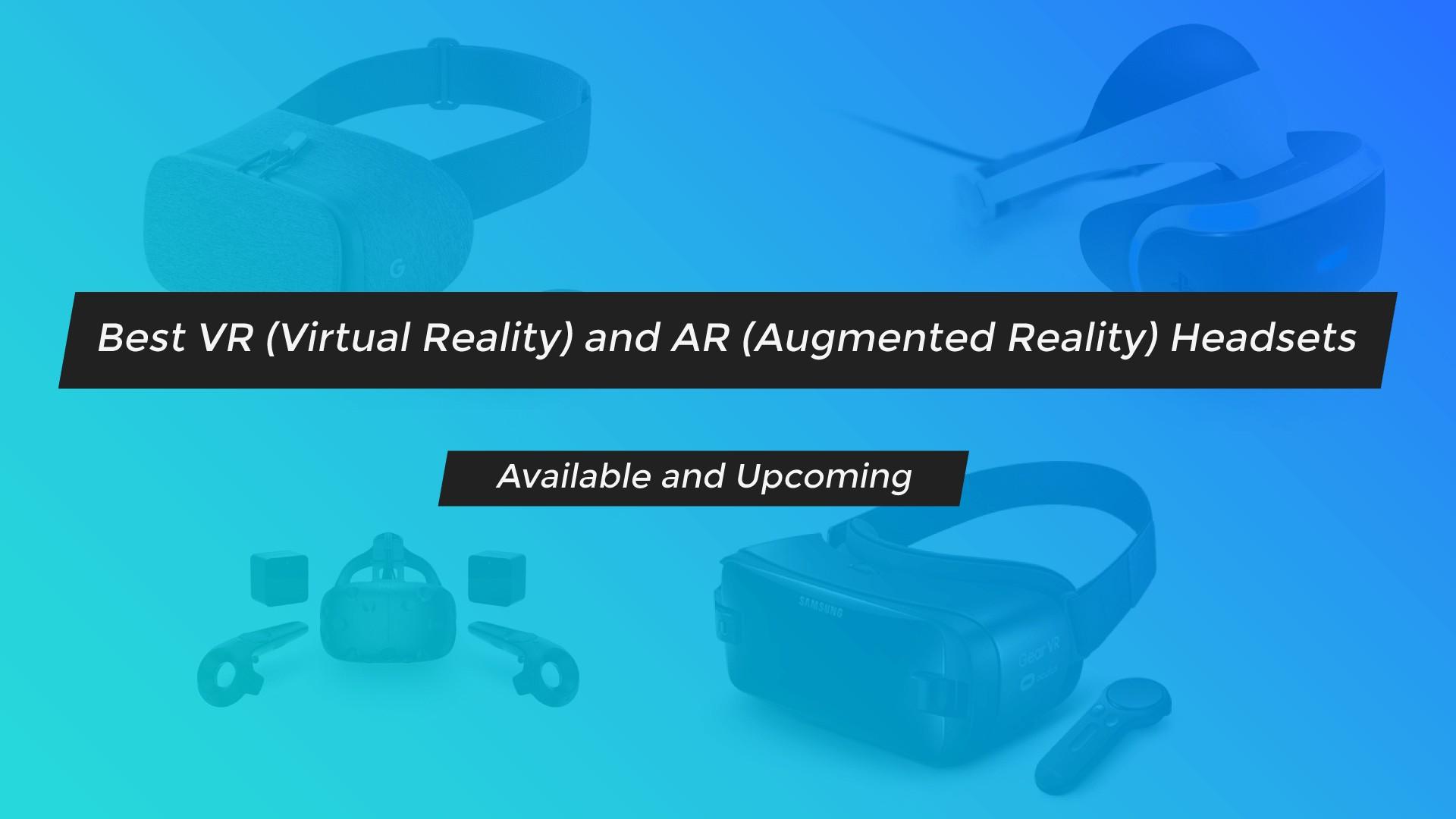 Well, Virtual Reality (often referred to as VR) is a great thing to experience, right? It’s the only place where you can experience everything with your eyes and ears without even being present at the actual location. With the included sensors, VR lets you look into the virtual space. We’ve seen many technologies in years which came and went, but VR turned out to stay for a longer duration.

It is not entirely available for regular consumers who don’t seem to be much interested, though. VR has a long way to go, and every company is trying to put in their VRs up front to showcase and thus bringing confusion in people’s thoughts. However, don’t worry, we’re here to help you out by which is the best VR headset you can get right now.

We’ve HTC’s Vibe, Oculus Rift, and tons of other VRs too. However, there are two kinds of VR headsets available in the market right now. One being the Mobile VR headset and the other one being the Tethered ones.

Mobile VR headsets consist of the outer body which is also referred to as a shell as well. They come with a shell and includes lenses where you put your smartphone in. What the lens does is that it separates the screen into two images making comfortable to your eye and look more realistic. Apart from that, these are very inexpensive too to buy and cost way less than $100 or even less. Why because all the processing is done by your phone, not the VR and neither you need to connect any cables to the headset as well.

Tethered VR, on the other hand, needs to be physically attached to the PC or a console. A wire needs to be always connected to make them work always, and the cables make a whole pain as it makes them unwieldy.

The thing which makes it great that all the processing is done mostly by the VR making the PC or console operate comfortably without any hassles. However, the heavy stuff that comes in between is the pricing of these VRs. For example, if we take PS VR, it costs $400 but also requires some additional equipment which would cost you around $160. This is not the case always, at a much lower price of about $500, you get the Oculus Rift with a remote control and an Xbox One and that too with a gamepad.

Okay, let’s keep this information aside just jump into the section of “List Of Best VR Headsets.”

HTC is entering into the VR market slowly and what does that mean, well nothing. Talking about the VR itself, it is overall impressive when it comes to the technical side. It is the only VR available right now which tracks your movements in a different way like instead of a seat; you have a 10-foot cube. For the 800$ price tag, we get some advanced controllers, but it’s still too expensive, though. And HTC also recommends an Intel Core i5-4590 processor and a GeForce GTX 970 GPU. For overall purposes, the HTC Vive VR is the best VR headset for everyone.

A PC with minimum specifications as follows:

Oculus has made a name that connects it to the VR always. The brand has lost its shine recently, but it’s still a great one in competition to HTC Vive. It is one of the best VR headsets available till now. It was more too expensive for developers to get them. However, when it comes to the technical point of view, it’s still an advanced VR which costs $200 less than the HTC Vive and thus lacks the whole VR environment. Moreover, also for your information, you can get the retail unit for yourself now.

A PC with minimum specifications as follows:

For VR, we’ve got something tethered one from Sony as well. This is the most favorite of many gamers and this it makes it the best VR headset for most of the people because of its cheap and affordable price tag. You can play some of the great titles like the Resident Evil: Biohazard. And the theater mode lets you experience any game like if you are sitting in front of a huge screen. And also you need some additional accessories to get the best experience out of the PlayStation VR.

A PS4 and some PlayStation VR accessories.

Samsung Galaxy Gear VR is one of the most selling and the best VR headset out there, but we get a small catch here. It is only compatible with very few devices and by few I mean only eight devices. It only supports the Galaxy smartphones released between S6 and S8 and thus making it narrowing down the ability to get the user’s base. However, if you’re planning to get the S8 which was launched recently, then you should grab this VR headset for sure.

A Samsung Galaxy device which was launched in between the S7 and S7 including the Galaxy Note series too.

Note: Below is the links to buy the Samsung Gear VR 2017 edition. 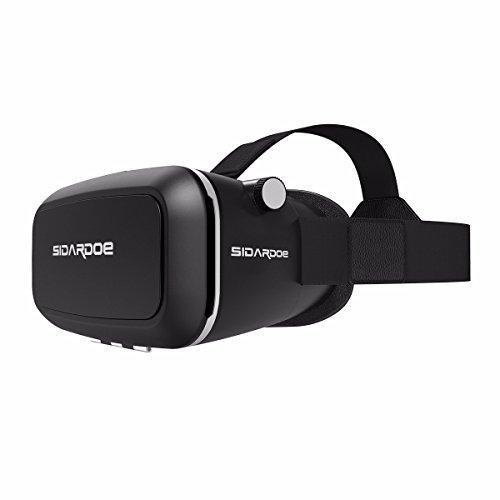 If you don’t want a VR headset for gaming, then you might have been looking for the one so that you can experience great content like movies. Then you should take a look at the Sidardoe 3D VR headset. It is one of the best VR headsets which is ideal for movie experience in any VR. It’ll immerse you in a theater like immersive experience. This VR headset keeps the Smartphone cool from dissipating heat using magnetic adsorption plates. It is compatible with all of the smartphones ranging from 4.7 inches to 6 inches of screen sizes. Even though lacking the Bluetooth connectivity, it comes with a 45 days money back guarantee and 18 months of warranty with a full lifetime customer service.

A smartphone with a screen size ranging from 4.7 inches to 6.0 inches.

If you have already used VR, then you might have faced the eye strain and discomfort issue already. But these Sarlar 3D VR headsets are built to assure you great comfort by not putting pressure on your eyes. It’s compatible with the smartphones ranging from 4 inches to 6.5 inches of screen size running on Android or iOS. Some people report of this headset having no compatibility with YouTube app, but that’s not the case here for what we get at such a low price. Since we get great comfort and ergonomic design at a way lower price, the YouTube issue can be overlooked.

A smartphone is running Android or iOS with a screen size ranging from 4 inches to 6.5 inches.

In case if you drop quite often or want a controller for the VR, this one might shine into your eyes. The Merge VR headset is one of the best VR headsets that come with a controller and is the most durable VR headset that you’ll find. It is made up of a lightweight foam and is very comfortable. However, the only problem, you get here is the compatibility. The Merge VR is only compatible with a few iOS and Android devices from 2014 which is a pretty bad thing. If you have devices like the HTC One M8, Galaxy S5, iPhone 6, LG G4, etc. you might find this VR to be helpful.

A smartphone running Android or iOS which launched in 2014.

It’s what Microsoft was trying to do the last couple of years as they want to take on the VR technology. They are already come to an end to bring their AR technology out soon which is known as the Holo Lens. It would be kind of interesting to see what they might turn up with their VR headset. Well, what we know as far is that Microsoft is trying to make a budget-friendly VR. The headset comes with a depth-sensing technology to get an idea of the room the person is in.

It is going to be launched soon maybe by the end of this year 2017. However, whenever it’s going to come, it will be one of the best VR headsets by that time. It’ll cost you around $300 to $400 which pretty cheap and excellent at the same time.

So, we don’t have much information about it, but you might find it surprising when it comes out to the market. The device is currently not available to purchase but you can pre-order it on the official Microsoft website.

Well, we might not say that it is a VR completely, but it is good VR kit for developers which it probably intended to do. Thus, making it the best VR headset available out there for developers. As the name says, it all is meant to be an Open source for developers completely without any issues. But there are some discomfort things going around, but they might fix it soon as well. You might pick one up for yourself if you want to develop those amazing VR things yourself. It costs $399, and you can purchase it right below here from the link provided.

Razer Zone, You can also buy it in India on AmazonIndia.

Fave O is an entirely different thing. It has a display inbuilt which turns out to be a 5.7 inches QHD display with a 100-degree field of view. What’s unique about Fove-O is that instead of tracking your motion, it tracks your eye to bring up the fantastic VR experience. Moreover, that is what which makes it one of the most anticipated and the best VR headset in the upcoming list. It costs around $599 and is also expected to launch by the end of the year 2017. Moreover, thus, we expect it soon to be available as well.

So these were the best VR headsets, and we hope you get a correct decision of which one to buy actually for yourself and if you’ve any questions right below, then don’t forget to put them in the comments below.