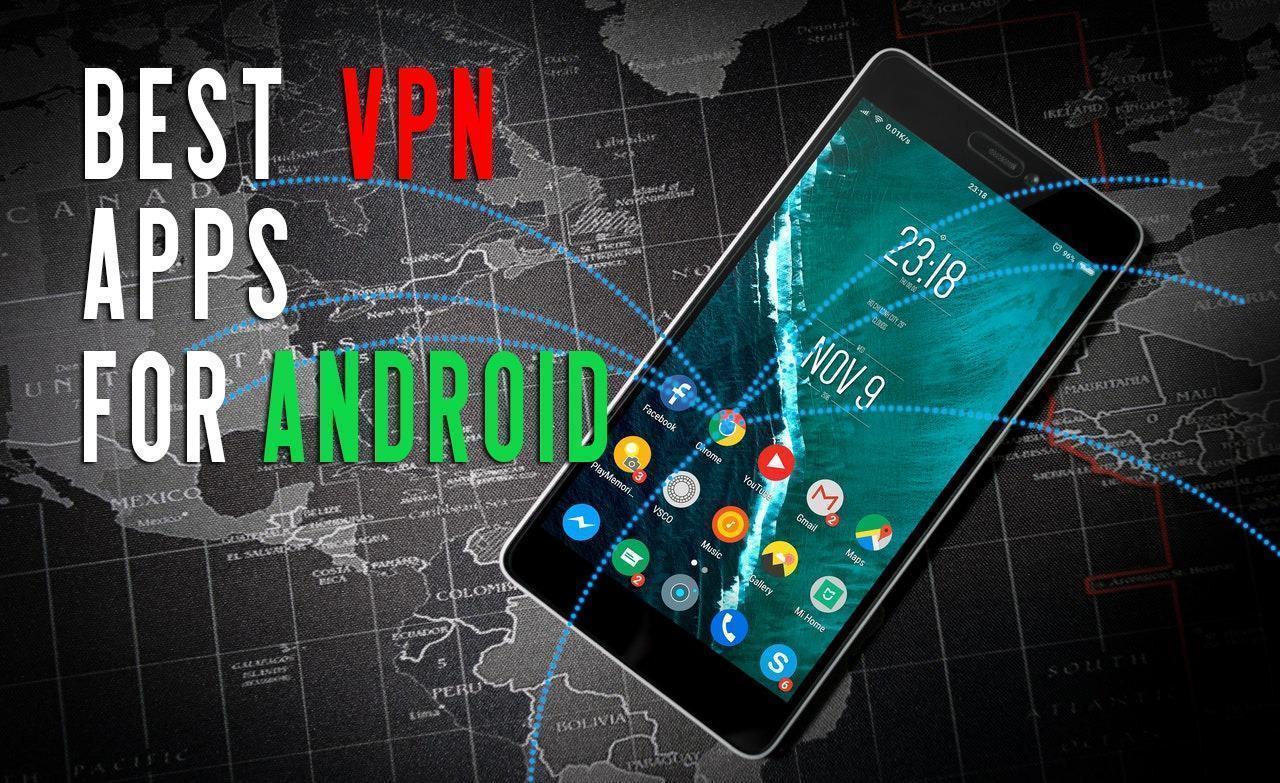 The internet is fun and all, but you never know what might strike you online, or maybe the government itself is monitoring or blocking your online activity. There could be cases that your country has blocked access to some websites that you want to visit or perhaps some site might have blacklisted your IP for some reason or other.

The answer to all these threats and getting your way around over the internet in a secure manner is by getting a VPN service. A VPN is like a private tunnel where all your activity is encrypted, and your internet service provider won’t be able to spy on you. Using a VPN is one of the most effective ways to make yourself secure and also helps to hide your data.

Benefits of using a VPN

To use a VPN, you need a piece of software that is a VPN client, which is available for Windows and MAC, while on an Android smartphone, the Google Play Store offers a wide range of popular VPN apps to choose. 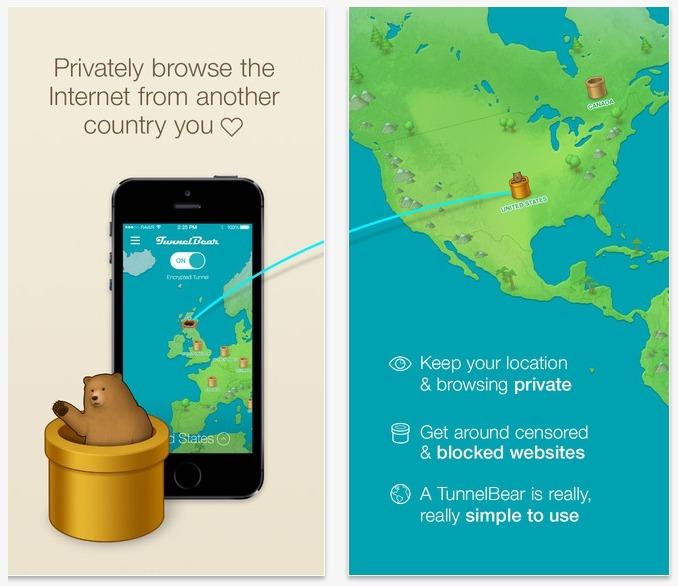 One of the most well-known VPN services, which also uses no-log policy that means privacy is the priority here. Tunnel Bear provides all users with 500MB of browsing data, monthly for absolutely FREE, moreover, if you tweet their product you also get additional 1GB data. Unlimited data plans are also available and are the most affordable among its rivals. Also comes with AES-256 bit encryption for all plans even for free ones. 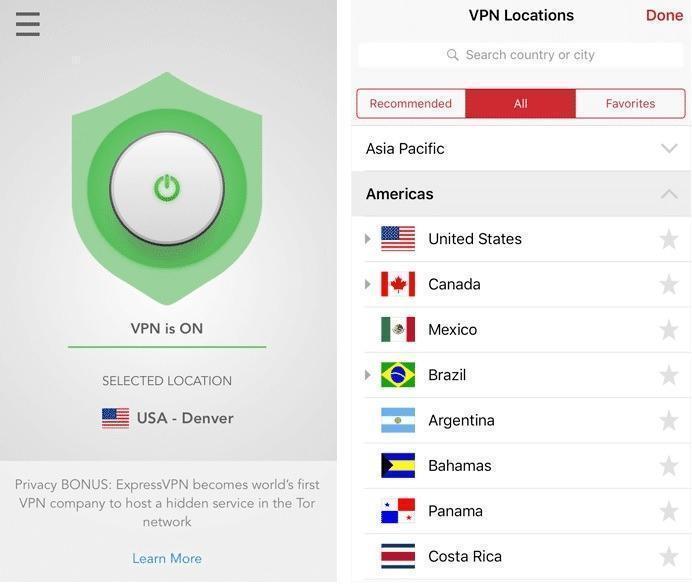 One of the most advanced VPN services out there, ExpressVPN brings all the features that other VPN apps lack, such as the ease of usage, no logs policy, use of peer-to-peer networks, solid 24/7 customer service like no other service to name a few. Users from China might find this one more compelling if they are accessing block sites in their region because ExpressVPN offers special stealth servers to overcomes their issue. ExpressVPN has the most number of servers scattered across more than 90 countries. 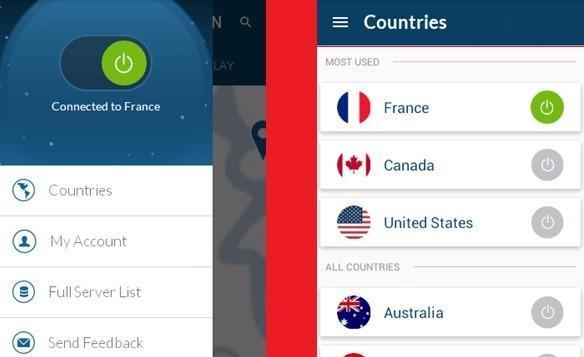 This is another non-us based VPN service based in Panama, where most triple letter agencies won’t be able to reach that easily. NordVPN offer’s Double-hops are ensuring maximum security and also uses robust encryption methods. This also doesn’t log any activities and serves in more than 60+ countries. One downside is that it can be slower at times if the traffic reaches its peak limit. 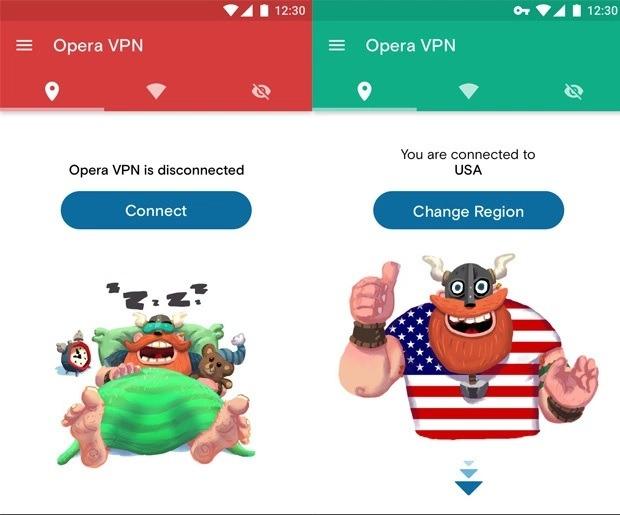 One of the easiest to use and intuitive VPN app, from the makers of opera mini web-browser.  Torrenting is currently prohibited but will be supported as well as access to sites via five virtual location is coming in future versions. However, it does come with built-in ad-blocker which is a nice addition. Comes with all the security bells and whistles. IP Vanish is the only VPN service here, who’s premium plans can be bought via Bitcoin, which is quite interesting, taking anonymity to another level. Moreover, the service allows the user to set 5 virtual locations simultaneously and also authorizes torrenting activities. Its servers are based in 61 countries making it the 2nd largest comprehensive network after hidemyass. 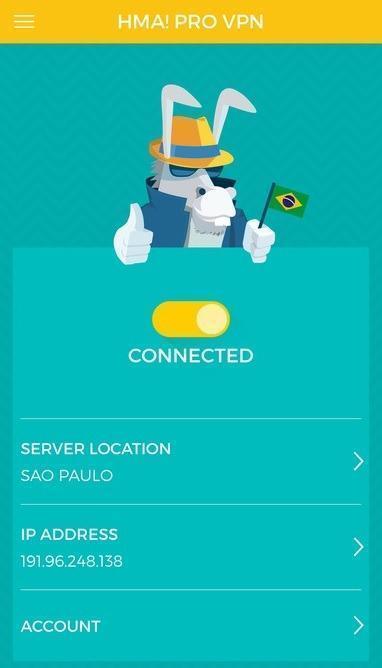 This one also provides great service and has FREE to use policy with limited features, however, the service is known for giving away information to authorities after an incident took place earlier in 2017. Moreover, if you are in the house for just hiding your self and want to have a secure connection, then it is safe to use it. Interestingly, HideMyAss boasts the enormous number of servers which include more than 190+ countries. 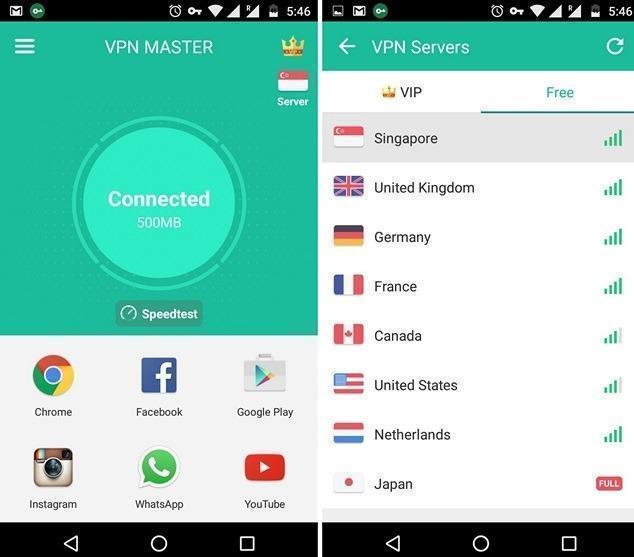 This VPN might just be the one if you are not planning to pick-up any premium plans; as VPM master claims to provide all the premium caliber services at no charge at all, which is quite impressive. It is also one of the highly rated VPN apps in the play store, so the service doesn’t suck. Permits Torrent use and also has simple one-tap set-up; furthermore, it can connect up to more than 20+ countries.

The app was not found in the store. 🙁
Go to store Google websearch 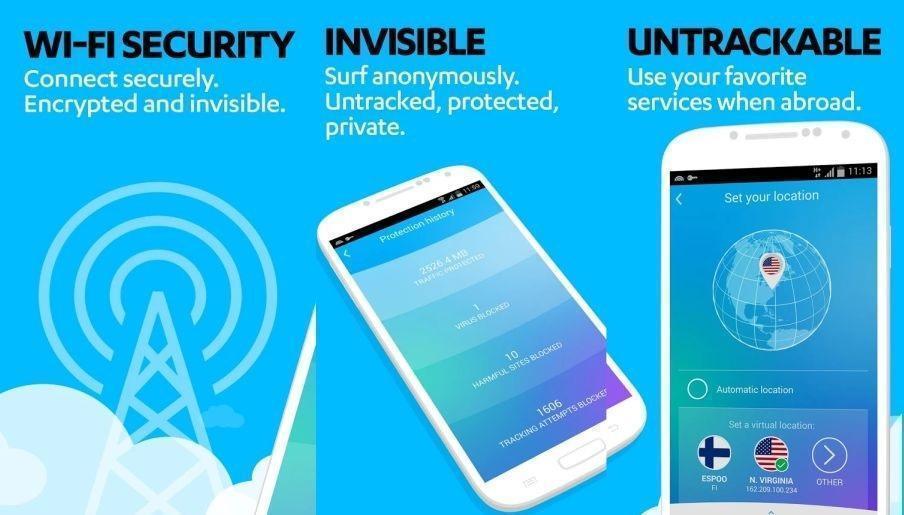 This 25 yeaFinnish VPN app has very similar features like the Opera VPN app, for instance, the ad-blocking feature is present here. But this one is not FREE, and has a 5-day trial plan, after that you have to subscribe for a $5.99 monthly FEE. The UI is simple to navigate around and to set it up is also done via a single Tap. 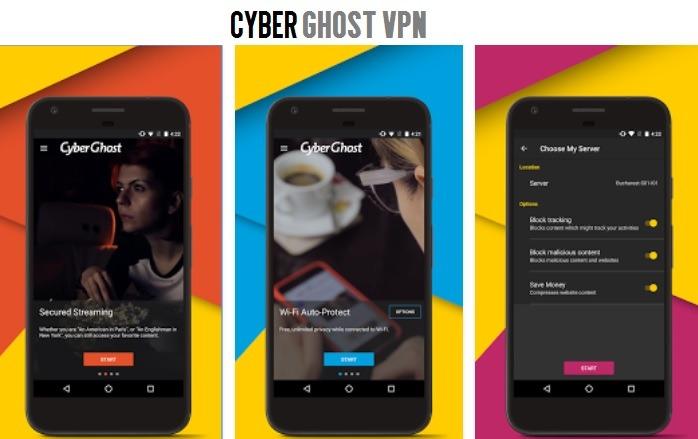 Lastly, we have here is CyberGhost VPN with its affordable pricing is a great option to grab some protection if you are on a budget. The service claims to follow a super strict No-logs policy. Other than that you also get a Kill-Switch feature enabling the service to quickly cut your access to a site if the VPN protection drops for some reason. Also comes with 256-bit encryption that all service mentioned here provide.